LOWELL (KFSM) — A Lowell man was arrested Tuesday (March 20) after an early morning pursuit in Benton County ended in a brief standoff with the man cuttin... 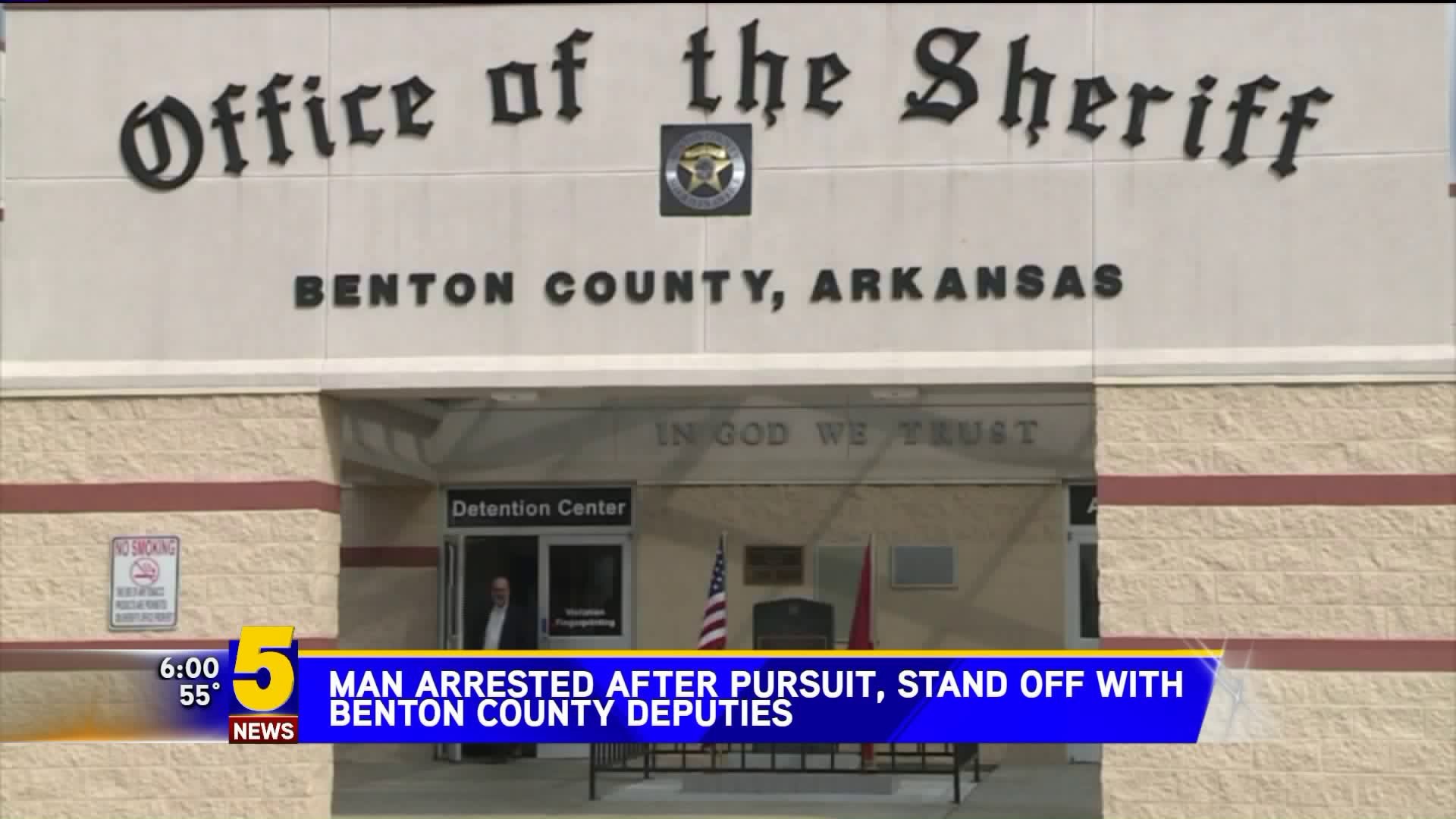 LOWELL (KFSM) -- A Lowell man was arrested Tuesday (March 20) after an early morning pursuit in Benton County ended in a brief standoff with the man cutting himself before surrendering.

Sheriff's deputies were trying to serve an order of protection against Goodine when he led them on a short pursuit around midnight, according to Sgt. Shannon Jenkins, sheriff's office spokeswoman.

Goodine crashed his vehicle but then ran off into the woods. Goodine pulled out a three-inch knife and told deputies they would have to kill him because he wasn't going back to jail, Jenkins said.

But when Goodine cut himself and felt the pain, he surrender, Jenkins said. A deputy used a tourniquet to stop the bleeding before paramedics arrived.

Goodine was being held Wednesday (March 21) at the Benton County Jail on a $50,000 bond. He has a hearing set for April 30 in Benton County Circuit Court.