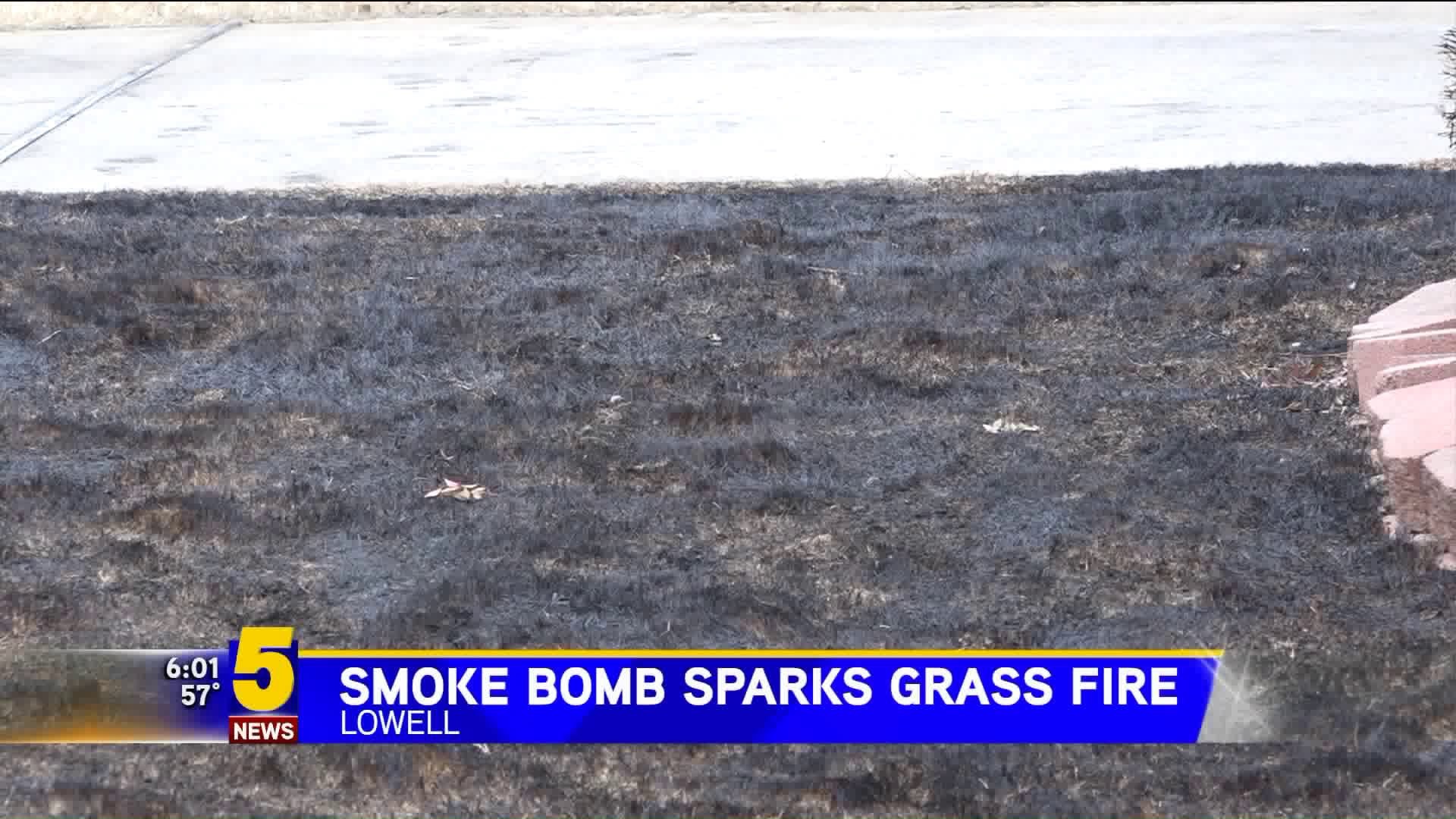 LOWELL (KFSM) -- The cause of a grass fire that threatened multiple homes on Crystal Street was revealed Thursday (Jan. 25).

Lowell Fire Marshal Nolan Jones explained that a few people at the house where it started were playing with fireworks found in the garage. When the smoke bomb got too hot, they dropped it on the grass and the fire started.

Jose Espinosa was moving out of his home and invited some people over to help. He said they found old fireworks during the move.

Espinosa said the wind caught the fire and it spread all over their neighbor's yard.

"That day the winds were 20 miles an hour," Jones said. "So, you can take that and that just multiplies that by a thousand.”

There was a 24 hour burn ban in effect in Benton County at the time of the fire.

Espinosa was inside packing when it started.

Once he realized what was going on, he said they tried to put it out with a garden hose but it wasn't working. He then went next door to make sure no one was home.

“We couldn’t go in because we didn’t want to get in trouble," Espinosa said. "So, we were just banging on the door making sure no one was in there.”

No one was home at the time and Jones said the only damage done was some melted siding around the house.

Jones said if you do plan to burn anything, call the local fire department well in advance to let them know what you plan to do.

While the fire department was able to get this fire under control quickly, Jones said it could have been a lot worse with the current conditions.

He explained that if an accident like this were to happen to call 911 immediately.

“The main thing is to get the emergency service rolling," Jones said. "Call 911 because if you try to put the fire out, it wastes precious time trying to put that out before you call 911. If had waited longer then we may have had a house fire out of a simple grass fire.”