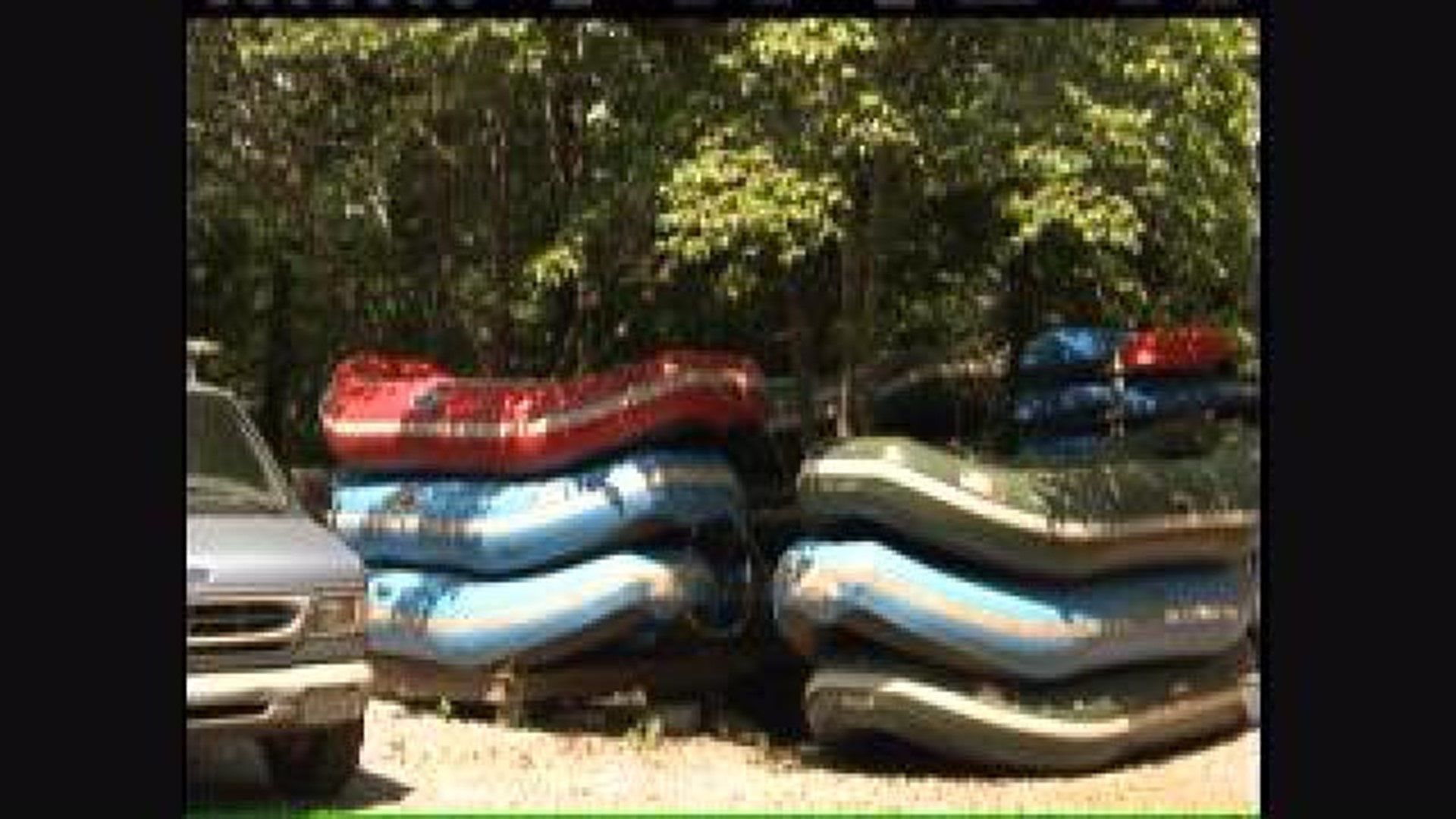 "Well I've been here at Turner Bend for 31 years, renting canoes, kayaks, rafts. This is easily the worst year I've ever seen. It's hardly rained at all," said outfitter owner Brad Wimberly.

Wimberly's had his boats tied up since the end of April. They haven't been out on the water since. That's because there's just not enough water in the Mulberry.

The Mulberry River is completely dependent on rainfall. There are not any major springs that feed into it helping to keep it full.

Sunday morning, the water only came up to .6 of a foot. A level much better for wading than trying to kayak or float.

"We sure need more water than this to make it work," said Wimberly.

Unfortunately, Wimberly doesn't think it will rain enough to make a difference this summer. He said he would love to see it pour for days, and get people back out on the river.

June usually marks the end of the busy season for boaters on the Mulberry River, which means Wimberly might not see much more business this summer.

"It's hard. We've had to let our part-time summer staff go for the most part. Those guys had been here 7 or 8 years, and I hated to see 'em go...but there's just nothing here this summer. We have no revenue," said Wimberly.

Turner Bend is keeping its convenience store open for visitors. They also have their cabins open. However, with the river being so low, many people haven't been staying overnight, or even coming at all.

"Now we're just faced with trying to hang on 'til next April gets here," said Wimberly who explained April is really when the busy season begins.