Locals Rush for A Chance to Win Powerball

Gas stations across Northwest Arkansas and the River Valley saw thousands of people snatch up Powerball Jackpot tickets for their chance to win $600 million dol... 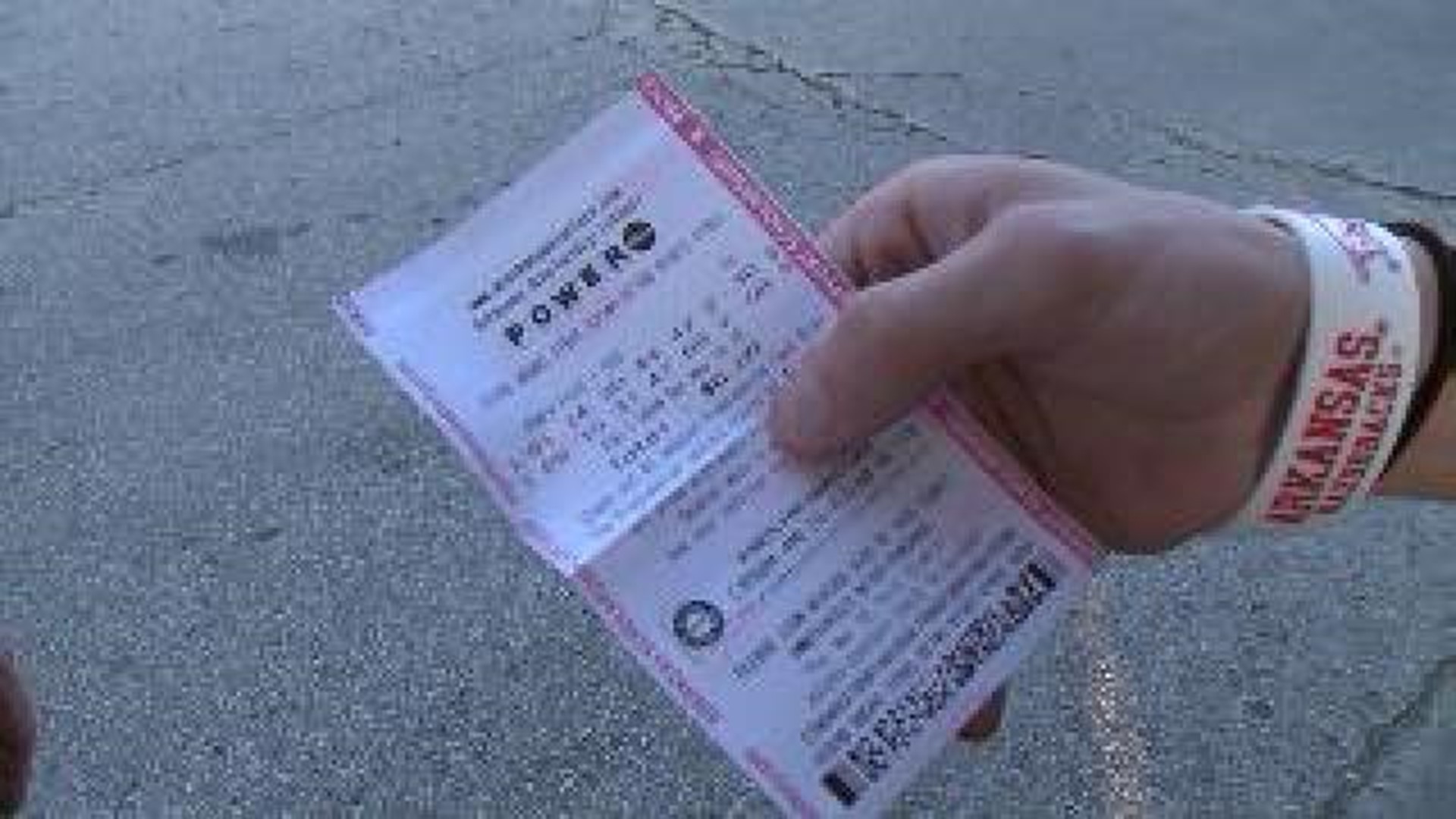 Gas stations across Northwest Arkansas and the River Valley saw thousands of people snatch up Powerball Jackpot tickets for their chance to win $600 million dollars.

University of Arkansas student Robert Grigg said that kind of cash can go a long way for a college student.

"People say it's a bad number, but 13 has always been a lucky number for me," said Grigg.

This is one of the largest jackpots in U.S. history.

"I'd be super excited,” said Kim McLardy, Lincoln resident. “I'd go on vacation."

Jeremy Alexander, Fayetteville resident, said, “I'd finish college, get out of debt and get a place of my own."

The dreams are plenty and Tammy O’Neill said if she gets the lucky ticket she hopes to stay low key.

"Hopefully, they wouldn't give my name and number out so everybody will show up," O’Neill said.

O’Neill said if she becomes an overnight millionaire, it’s important to save and budget.

“I wouldn't quit my jobs or anything. I would certainly keep working like I didn't win, but I would definitely be paying things off," O’Neill said.

The odds of winning are one in 175 million. You are more likely to get struck by lightning, one in three million, or even die from a bee sting one in six million. However, there's always a chance.

"I might not win, but you know if I never buy it I never know," Alexander said.

Grigg said he'll buy a new car and give some cash to family but he'll be glued to the TV tonight. He said if he wins it will be mind-blowing.

“At first probably I wouldn’t be able to believe it, definitely will be double checking it multiple times but as soon as I figured out it was mine, I'd go crazy," Grigg said.

According to CBS money watch, you should read the rules on the ticket. Also, you decide whether you want the entire amount or have the payout in installments.

If no one wins tonight, the cash will bump to almost $1 billion.