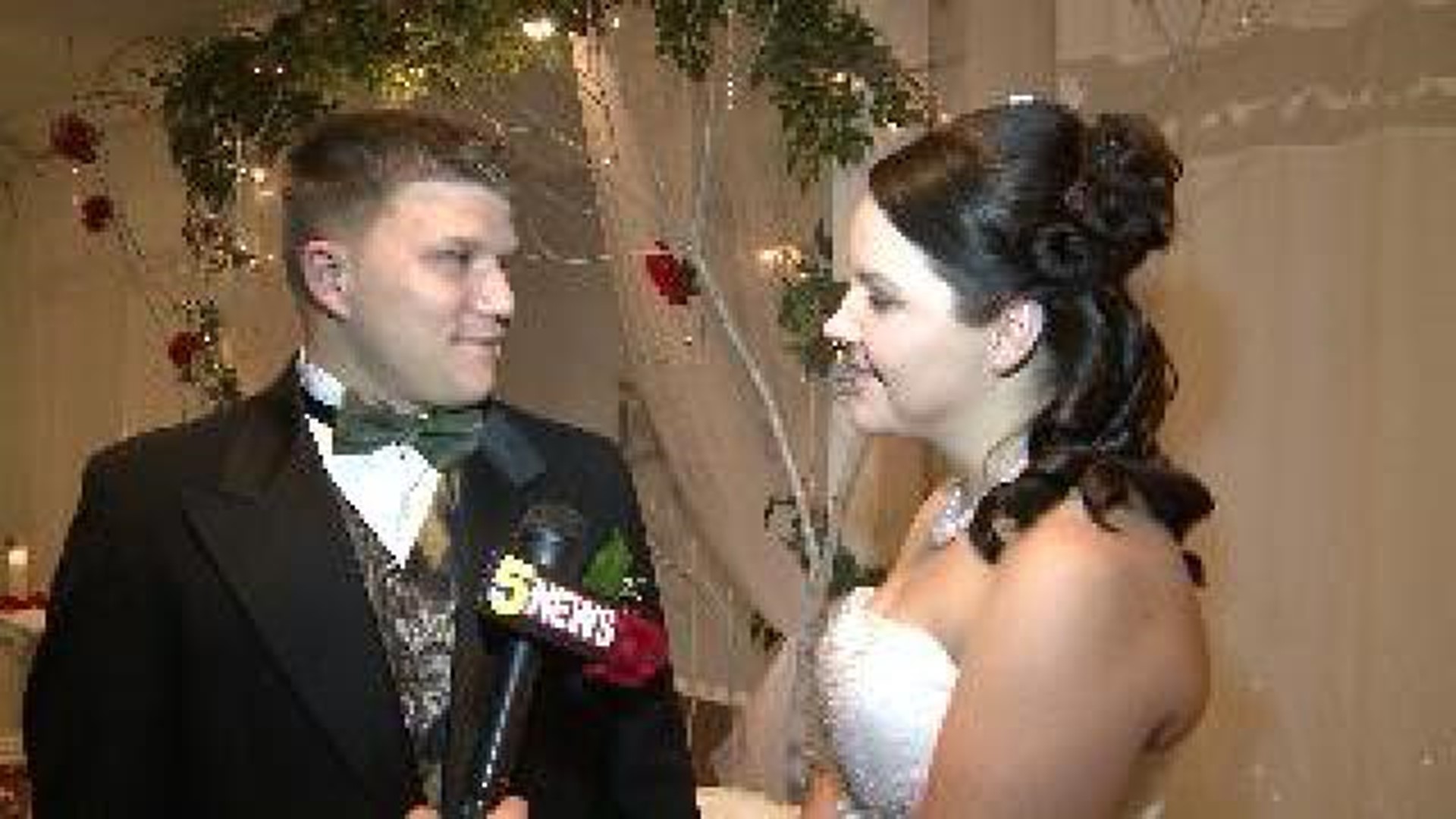 Dustin and Amanda Hoffman tied the knot on Wednesday, Dec. 12, 2012 at 12 p.m. at The Little Wedding Chapel in Van Buren.

The couple met last year when they were guests at another wedding.

Amanda was shocked five months ago when she arrived home to find flower petals and candles in the hallway.

"In the room it ended with a heart shaped with rose petals," said the bride. Dustin was there awaiting her on one knee.

Angela Patterson and Mike Warren from The Little Wedding Chapel said they received a lot of inquiries about planning a wedding on the last sequential date in this century.

"Oh yes, we had calls and they wanted 12 o'clock," said Patterson. "Luckily, the Hoffman's booked it first."

"It just happens once in a lifetime," said Warren.

Dustin said he knew he wanted to marry Amanda the first time he met her, and he couldn't pass up the chance to do it on this once in a lifetime date.

The couple's friends and family were on hand to help them celebrate the big day.

"It's just one of those days that never comes around," said Marshal Hoffman, the groom's brother. "So them getting married on a day like this is something that I think is really special. It's something that they'll always remember and they'll be able to tell their kids."

"I just hope they don't have 12 kids!" joked the groom's mother, Adona Hoffman.

The couple has three children between them.