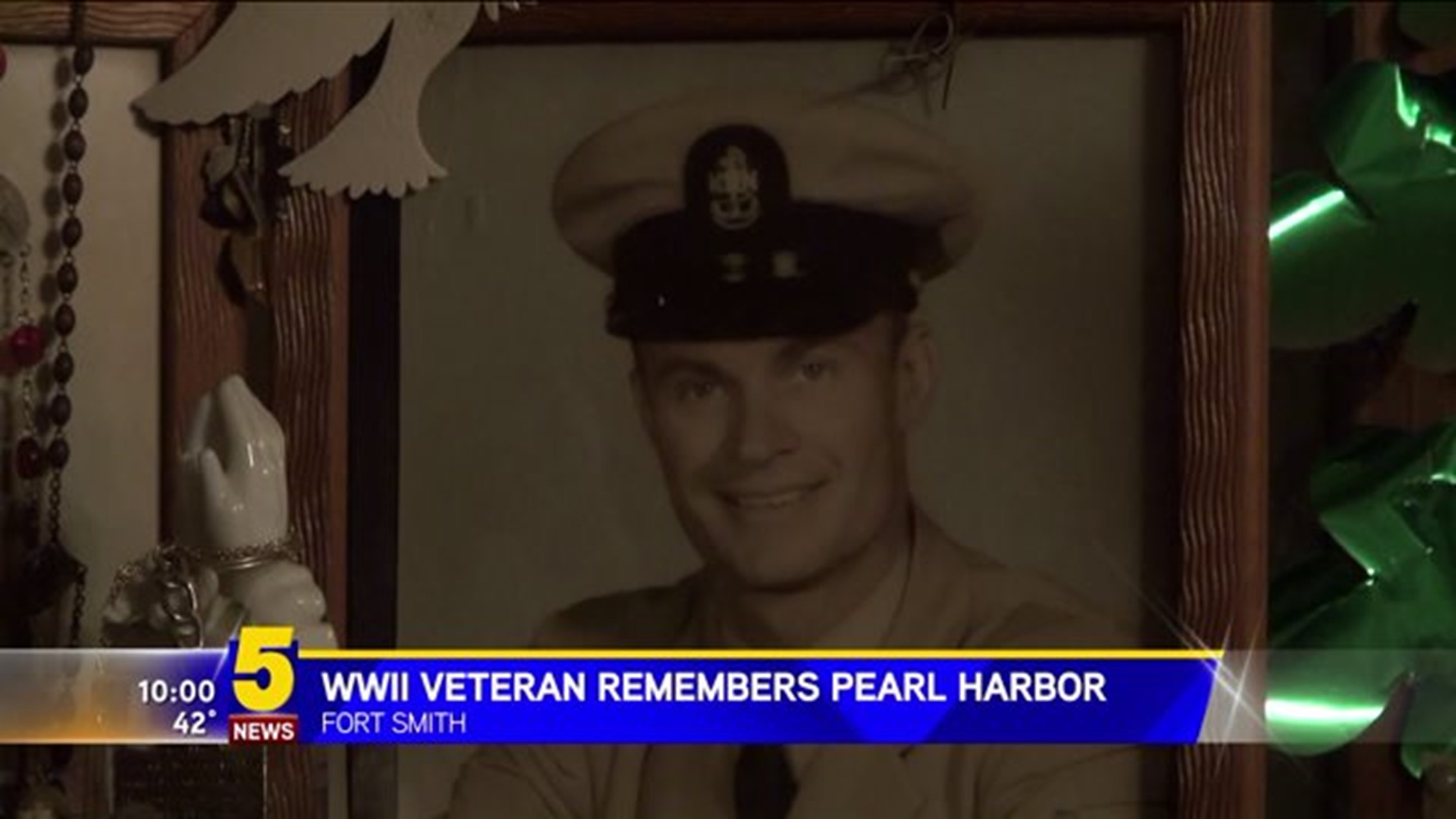 While images of Dec. 7, 1941 can be found in history books or old news clips, Lundquist remembers the day through his own painting at home, which one of his sons encouraged him to paint years ago.

At 17, Lundquist said the New York Giants asked him to play baseball. His aunt and uncle, who he was living with at the time, said no.

That’s when he decided to join the Navy.

“There's not many survivors from WWII -- I'm just lucky,” he said.

On Dec. 6, 1941, he was on the USS Monaghan Destroyer, which he said was the only fully-manned ship.

“We were on standby in case something happened,” he said.

He woke up the next day to get ready for the beach, when he said he heard a machine gun, and a battle alarm.

“Getting ready for the beach, and that changed my mind,” he said. “Things changed. And I never saw a dead man in my life either, until that day."

The veteran describes what he saw and felt.

“They were so well-trained that there was never a collision. They were zig-zagging around each other -- looked like a swarm of birds out there, that's how many there were,” Lundquist said. "I felt the blast – I didn't know what it was, but it proved to be the Arizona blowing up."

After he retired, he worked for the United States Postal Service and spent time coaching baseball in Fort Smith.

Decades after the day Pearl Harbor was attacked, he's living alone, but doesn't spend his days in silence. He said he spends time with his grandchildren and keeps busy practicing his three instruments.

Lundquist said the ship he served on sank in a typhoon in 1944.

“I was lucky. There wasn’t a survivor [in] that storm," he said.

Click here to see a photo gallery of Pearl Harbor by CBS News.