BENTONVILLE, Ark. (KFSM) — A Siloam Springs woman was given five-years probation for reserving a motel room for four teens to have sex. Malissa Kay Henry, 37, p... 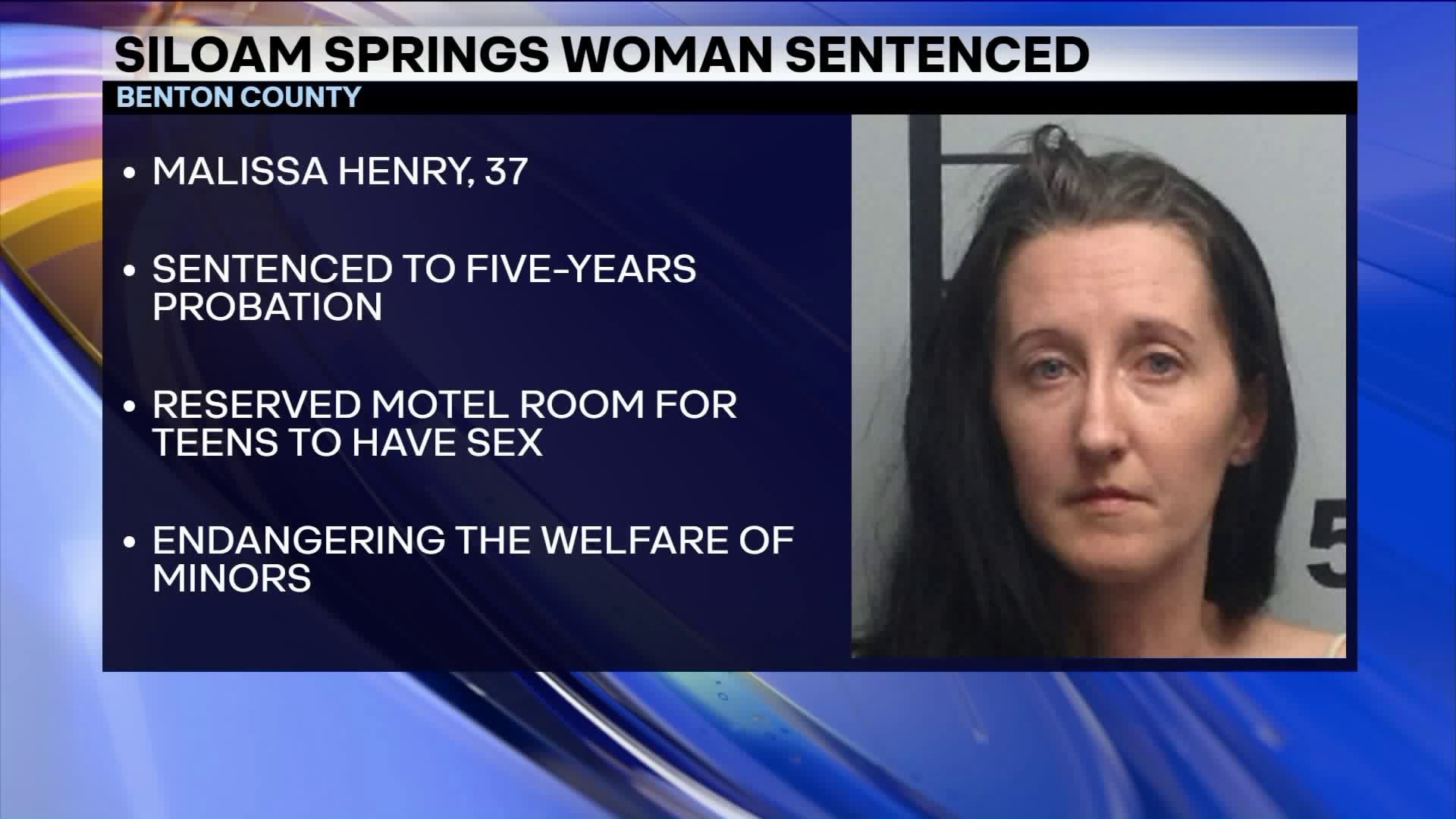 BENTONVILLE, Ark. (KFSM) — A Siloam Springs woman was given five-years probation for reserving a motel room for four teens to have sex.

Although prosecutors dismissed a charge of sexual indecency with a child as part of her plea deal, Henry will be required to testify in the case against Kyle Reyes, the lone adult involved in the tryst.

Henry won't have to register as a sex offender. She's barred from contacting the juveniles involved in the case.

Henry's guilty plea was also deferred under Act 346, which allows non-violent, first-time offenders to have their record expunged if they complete their probation.

Henry was arrested in Dec. 2017 after police said she picked up the teens and took them to a motel in Siloam Springs, where she got them a room, according to a probable cause affidavit.

All but one of the teens were minors, including two 14-year-old girls and one 16-year-old boy. The other person was Reyes, who was 18 at the time.

Reyes said he had sex with one of the girls, and he was subsequently arrested for sexual indecency with a child. The other girl said she had sex with the 16-year-old boy, according to the affidavit.

Henry told police she left the teens at the motel and went to a casino in Oklahoma.

She said she knew Reyes and the other boy would probably have sex with the girls, adding “I should have followed my instinct, but I didn’t,” according to the affidavit.

Reyes is free on bond, and his next hearing is Aug. 15.