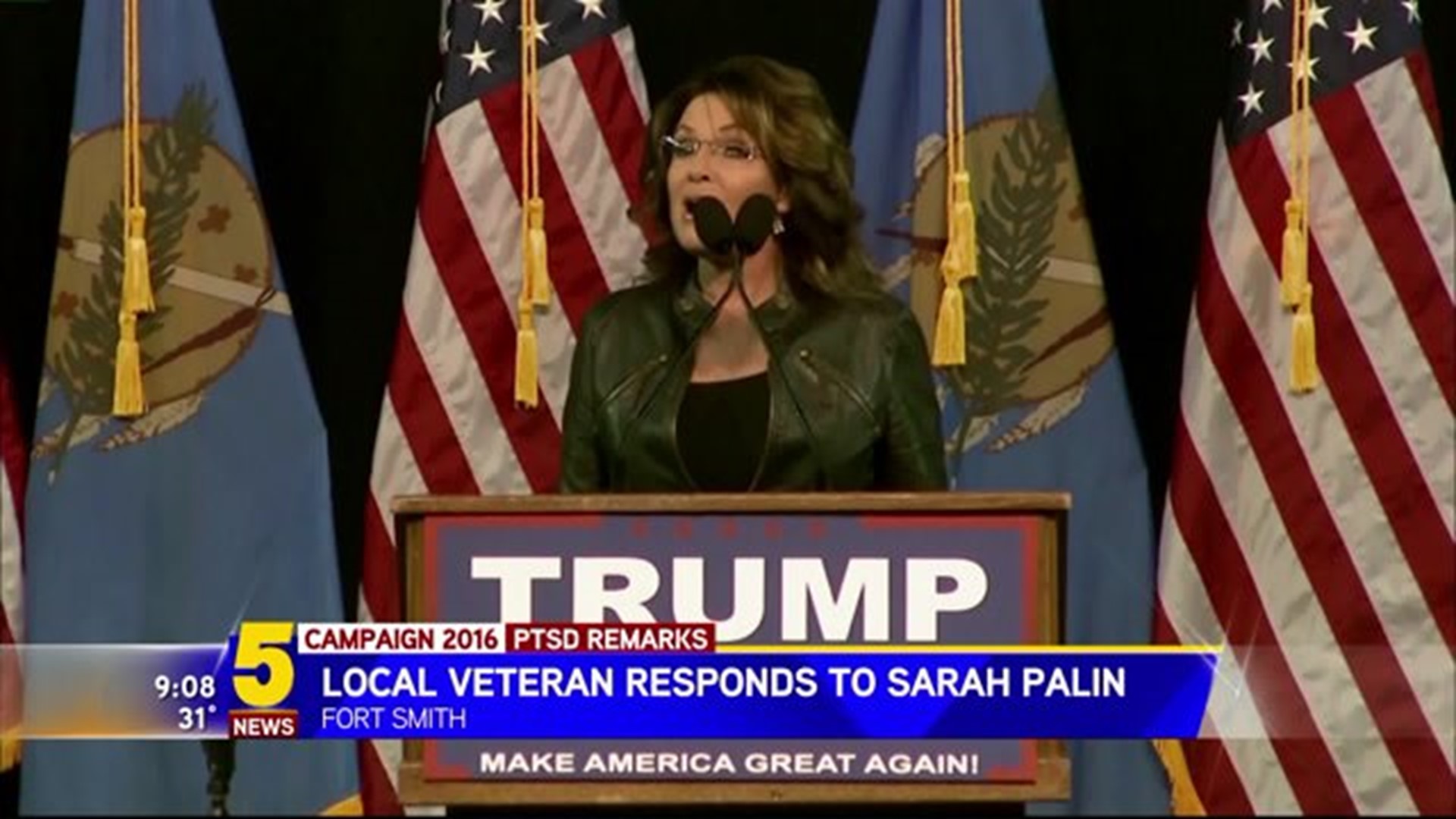 At the rally, Palin made remarks about her son's recent arrest for domestic violence, blaming his post-traumatic stress disorder for the incident.

"My son, a combat veteran...was fighting for you all, America, in the war zone,” Palin said. “My son, like so many others, came back a bit different; they come back hardened.”

Twenty-six-year-old, Track Palin was arrested Tuesday (Jan. 19) and charged with assault after punching his girlfriend in the head and threatening her with a rifle.

Sarah Palin addressed the accusations saying that Track's time in combat in Iraq left him with PTSD, and that's what led to the incident.

“It can cause a lot of different behaviors, but pinpointing it to one particular incident or something else, that is ludicrous,” Marine Corps veteran Robert Rivera said.

Rivera doesn't have PTSD, but he said many of the other veterans he knows have been diagnosed with it.

“They get withdrawn,” Rivera said. “You know, like no one cares. They don't want to be around people. They just want to be withdrawn.”

He said he's never known a veteran with PTSD to be violent. He said they're more likely to hurt themselves rather than someone else, but he added that it isn't the same for everyone.

“There are triggers that, you know, they may hear something, a loud explosion or something like that that can trigger a reaction,” Rivera said.

But, Rivera said he doesn’t believe Track was triggered by fighting with his girlfriend.

"That’s very unlikely, unless she did something to antagonize him or something of that nature, but just out of the blue, it's kind of hard to believe,” Rivera said.

Many veterans across the nation tweeted, saying Palin is using track's illness as an excuse to get away with abuse.

When track was arrested he had a blood alcohol level of 0.189.

He faces charges of assault, interfering with a report of domestic violence and possession of a weapon while intoxicated.