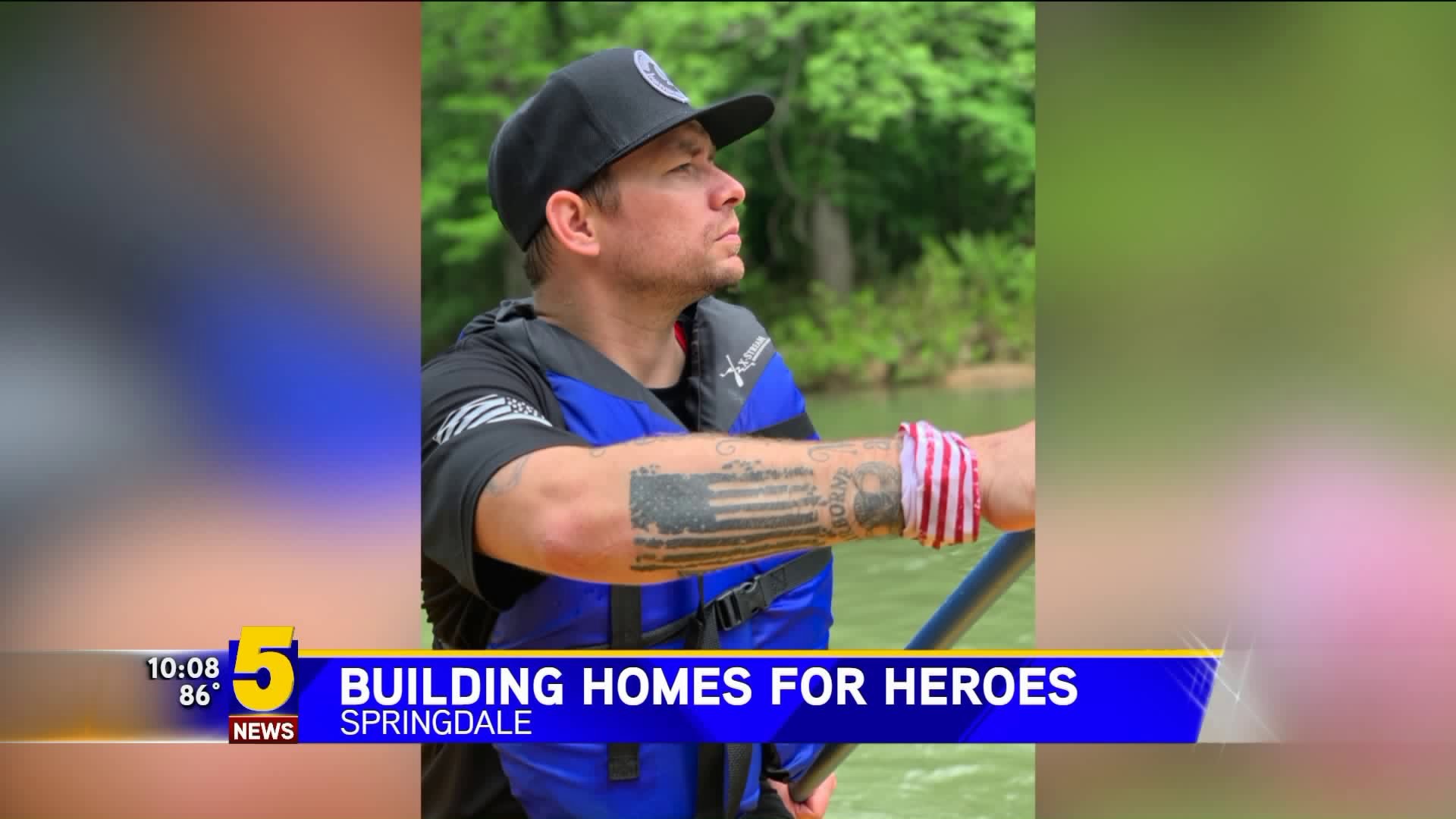 SPRINGDALE, Ark. (KFSM) — One Purple Heart military veteran has received a mortgage-free home thanks to Building Homes for Heroes.

West remembers the moments before he nearly lost his life while serving his country in Iraq.

"We passed the hole that my friend had passed away in the day before and realized that it was filled in with dirt again and we knew that there was another IED and the last second I jerked the wheel to take the blast on my side of the truck," West said.

West tragically lost both of his legs in the IED explosion. He went on to have 38 surgeries in 30 days following the explosion.

Now years, many awards and a Purple Heart later, West was honored with a brand new mortgage-free home by Building Homes for Heroes.

West says he and his family couldn't be more grateful.

"It’s just something that I don’t think I could ever possibly do you know on income from the VA and social security to be able to build my own home how we want it for life, so it's still not real, but I imagine when we get the keys and are able to see the home it's going to be beautiful," West said.

West says he already has trouble getting around his current home from time to time. He says he's looking forward to having a custom place he and his family can share for years to come.

"You know I may not be in a wheelchair every day now, but you know ten years from now there is no telling that it might be an everyday thing," West said.

Members of the Building Homes for Heroes organization say they couldn't think of anyone more deserving as West has never stopped serving others.

The organization says once West's home is complete, it will be their 200th home built.

Building Homes for Heroes is a non-profit organization and they say they are on track to give one home every 11 days this year.

West was also honored by throwing out the first pitch at the Natural's game at Arvest Ballpark Friday night.