WEST FORK (KFSM) – A local veteran and his family got the keys to a mortgage-free home in West Fork on Tuesday (July 28). Jeremy Butler, who served eight ... 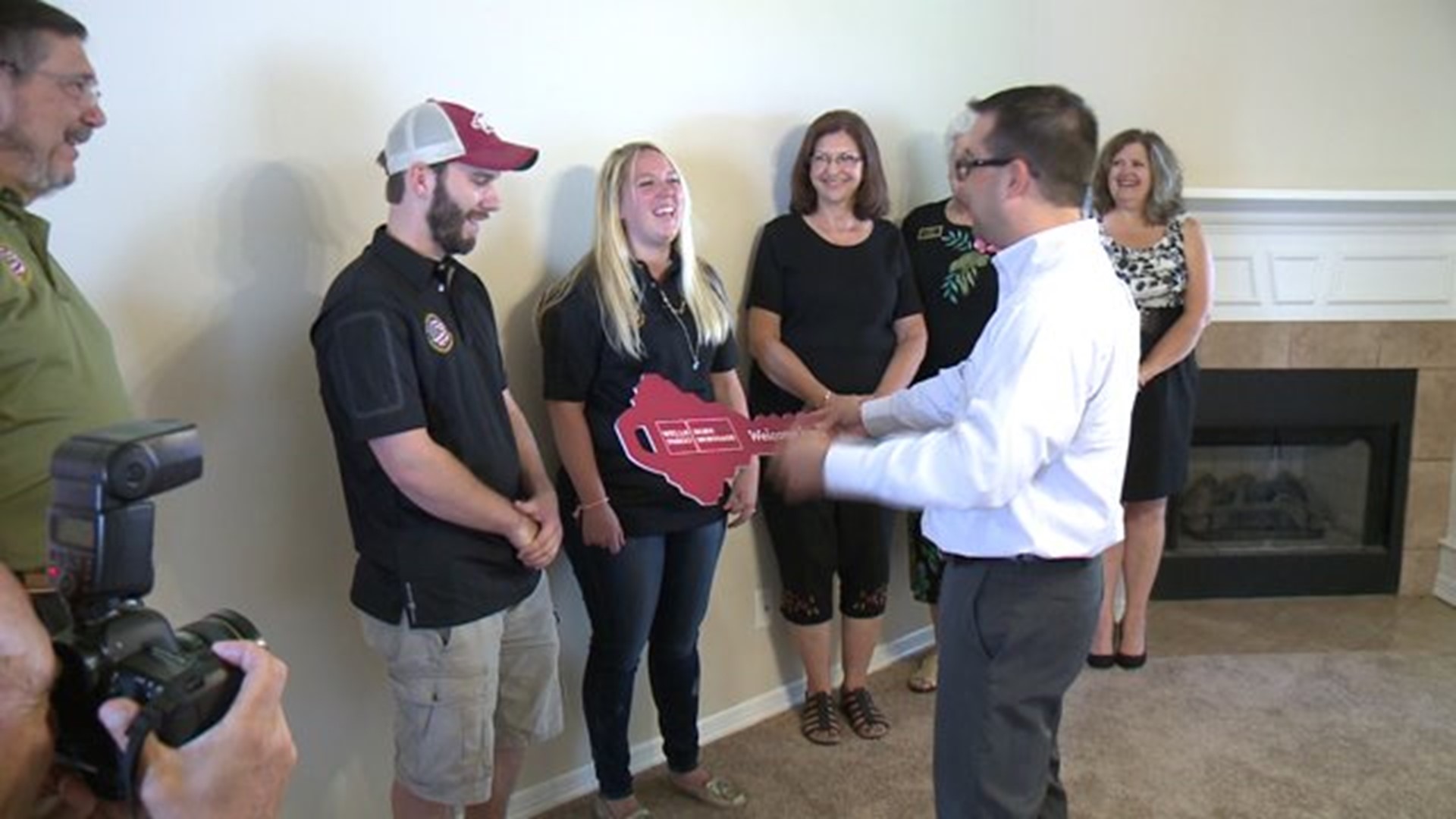 WEST FORK (KFSM) - A local veteran and his family got the keys to a mortgage-free home in West Fork on Tuesday (July 28).

Jeremy Butler, who served eight years in the Army, has been to Iraq and Afghanistan. He said he's very thankful for the home.

"People thank you and stuff and that's great, but you don't expect to get a free house," he said. "Everybody wants a house you know essentially in their lifetime and I just got one. I don't even know where to go from here."

The Military Warriors Support Foundation is behind the donation. The foundation helps find homes for veterans across the country.

"They get to choose what the location is that they're looking for and we match the home up with the hero and their family," said Neil Fisher, family resource specialist with the Military Warriors Support Foundation. "So, we aren't putting a hero in a home that's too big or too small. We're putting the hero into an environment that they can sustain for a long period of time."

Fisher said the foundation works with five major banks in the country to obtain the properties.

"They will give us five or six properties and ask us if we would want one of them and we accept the property," he said. "We work with them to get it renovated and get it ready. We make sure it's up to code and is something that the family can maintain and enjoy."

Wells Fargo was the bank that donated the house to Butler. The bank has donated more than 250 homes since 2013. Four of those have been in Arkansas.