SILOAM SPRINGS (KFSM) — A John Brown University student is accused of making explosives and threatening to bomb or commit a mass shooting, according to th... 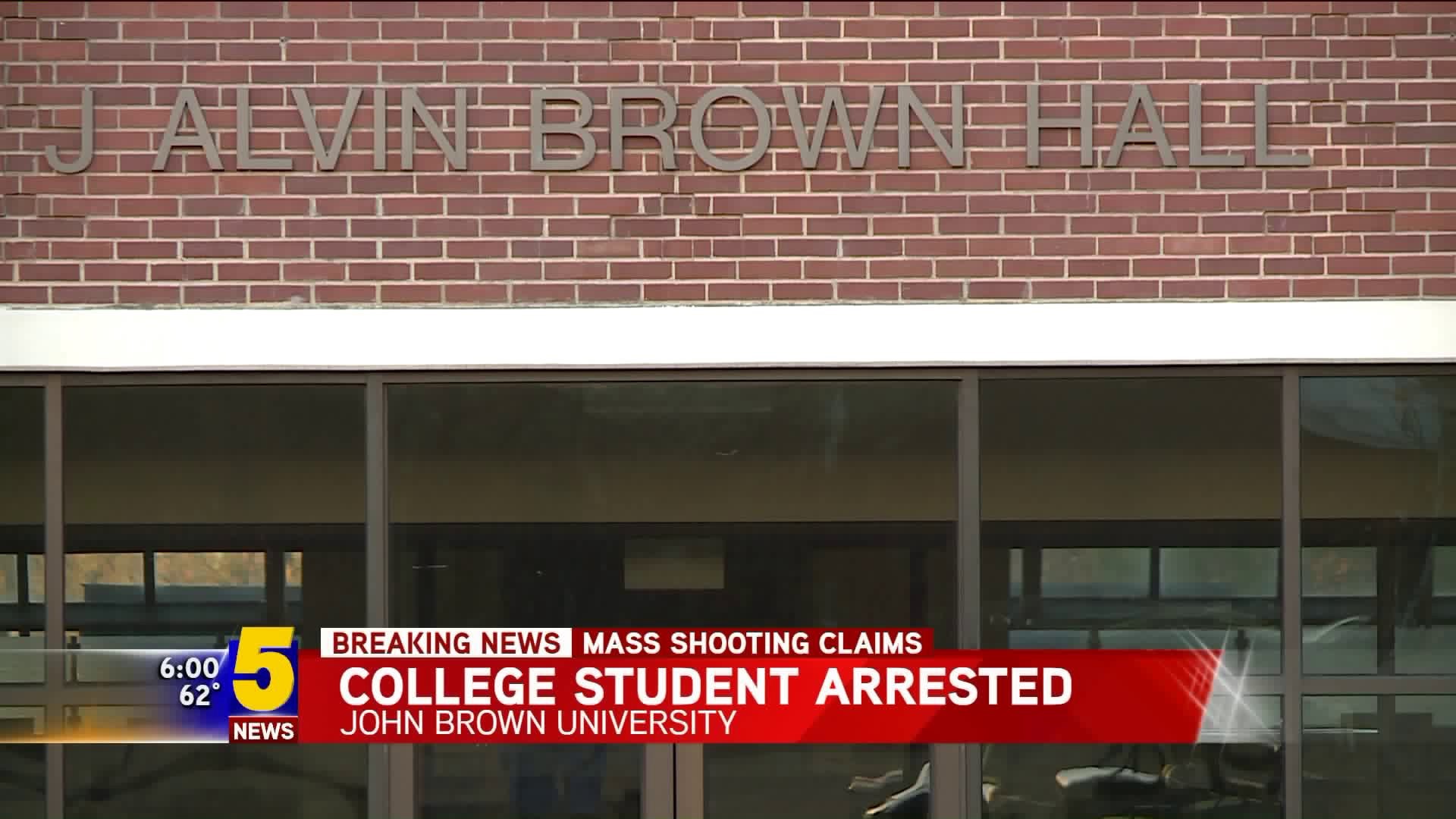 SILOAM SPRINGS (KFSM) -- A John Brown University student is accused of making explosives and threatening to bomb or commit a mass shooting, according to the Siloam Springs Police Department

Police were dispatched to J. Alvin Brown Hall on the John Brown University campus regarding a suicidal student who made references about committing a mass shooting or bombing, according to police.

Timothy Constantin, 20, of Gainesville, Fla., was reportedly found in a dorm room with an AK-47 rifle, a .9mm pistol, a Maverick shotgun, a bullet proof vest, several magazines, ammunition, as well as numerous knives including a machete in his possession. He was arrested Nov. 14 on suspicion of committing criminal acts involving explosives, police stated.

According to court documents, Constantin told police if he wanted to do a mass killing, "he would use explosive devices because they are easy to make, easy to conceal, easy to synchronize, inflict mass chaos and mass damage."

Constantin was taken to Siloam Springs Regional Hospital for a mental evaluation and was placed on a psychiatric hold before he was booked into the Benton County Jail Tuesday (Nov. 21).

Friends of Constantin called police after they read a suicide note that Constantin had reportedly posted in the common area of the dorm.

One of his friends told police Constantin told him he wanted to kill himself because he, "... feels lonely and that he is losing himself... and he felt like he would become someone he could not control, like a mass killer," court documents state.

In the suicide note, Constantin allegedly stated he wanted to, "... do a mass shooting or mass bombing because of his hatred for society," court documents state.

Witnesses reportedly told police that Constantin was constructing explosive devices and igniting them at an undisclosed location off campus.

The matter continues to be investigated.

"JBU has remained in close communication with the Siloam Springs Police Department to
monitor this case. We have learned today from the police report that the student had been
constructing explosive devices and setting them off at an undisclosed location off campus,
but there were no bomb-making materials found on campus. We have secured a notrespassing
order with respect to the student and the JBU campus.

The JBU administration, faculty and staff take the safety of our students very seriously. Our
Campus Safety department employs nine campus safety (CS) officers who have a
combined total of 92 years of law enforcement experience.

CS officers patrol the JBU campus 24 hours a day, 365 days a year and an armed CS
officer is on duty for five day and evening shifts each week.

JBU routinely reviews our campus safety staffing levels based on many factors including,
but not limited to, our relationship with and the response time of the Siloam Springs Police
Department, whose headquarters are less than two miles from campus.