OZARK (KFSM)- Two local teenagers have started a Facebook group to help teens who are contemplating committing suicide because of bullying. Message by message, ... 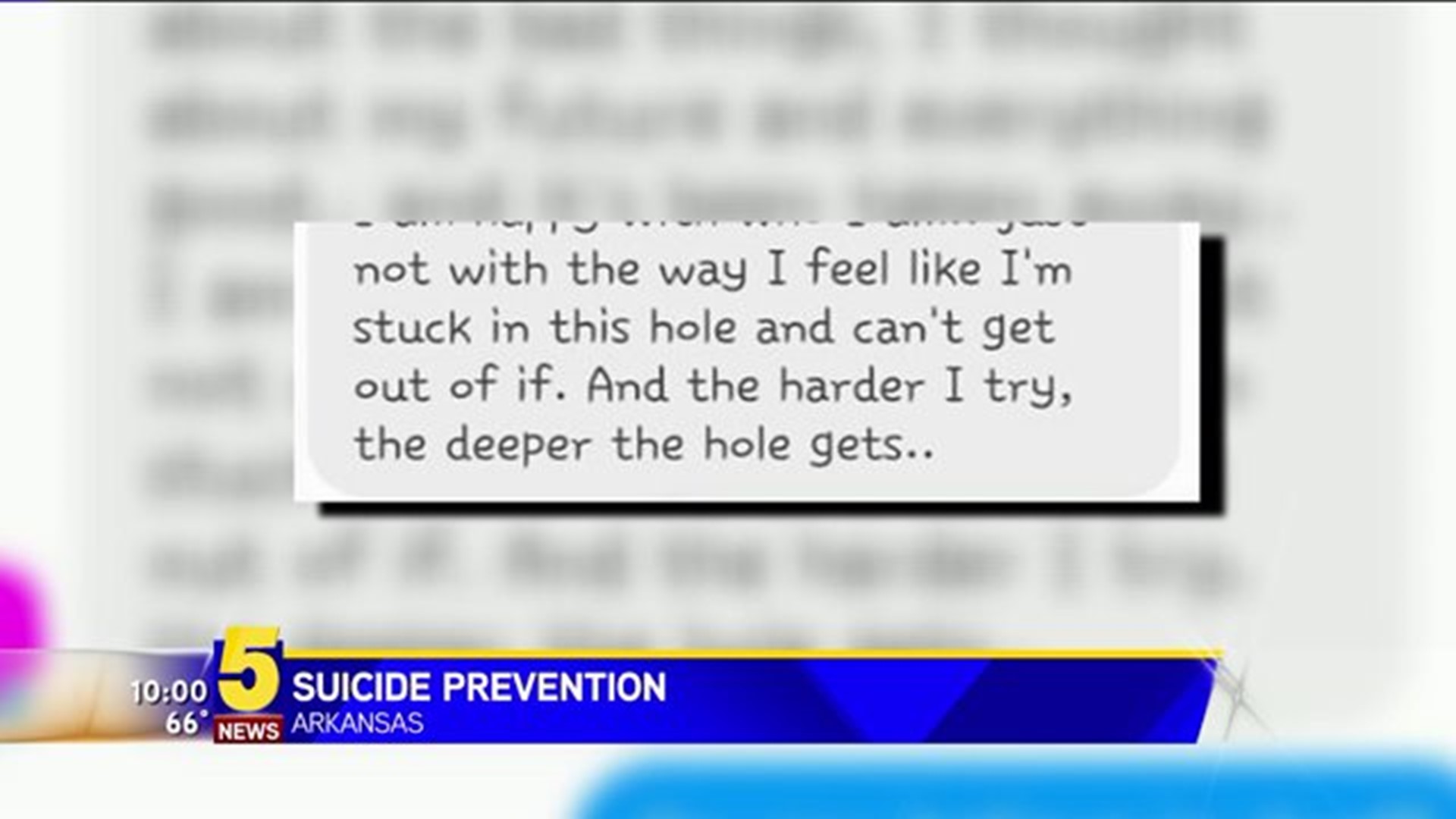 OZARK (KFSM)- Two local teenagers have started a Facebook group to help teens who are contemplating committing suicide because of bullying.

Message by message, Chase Ellison and Evan Shore are on a mission and thousands of people in the U.S., even Canada, have reached out to them.

"The page is just that no one has to feel that loneliness,” Ellison said. “There's always someone.”

Ellison and Shore started the Facebook group for teenagers who need to talk to someone after losing a friend to suicide.

They said they started the page on Saturday (April 25) after their friend in Crawford County took her own life. So far, the page has been shared in seven different states and has 2,300 likes.

"We've actually reached out and made contact with someone from Canada," Ellison said.

According to the Arkansas State Department of Health, in 2013, 504 Arkansans committed suicide; 71 were between the ages of 10 and 24.

"Relating to them is definitely a big factor," Shores said.

The Arkansas Department of Health said suicide is the second-leading cause of death for Arkansans in that 10 to 24 age group.

"It's just overwhelming to see how many people go through this daily," Ellison said.