CLEVELAND (KFSM) — Months after Marco Rubio ended his campaign for President of the United States, many of his supporters were left to consider Donald Tru... 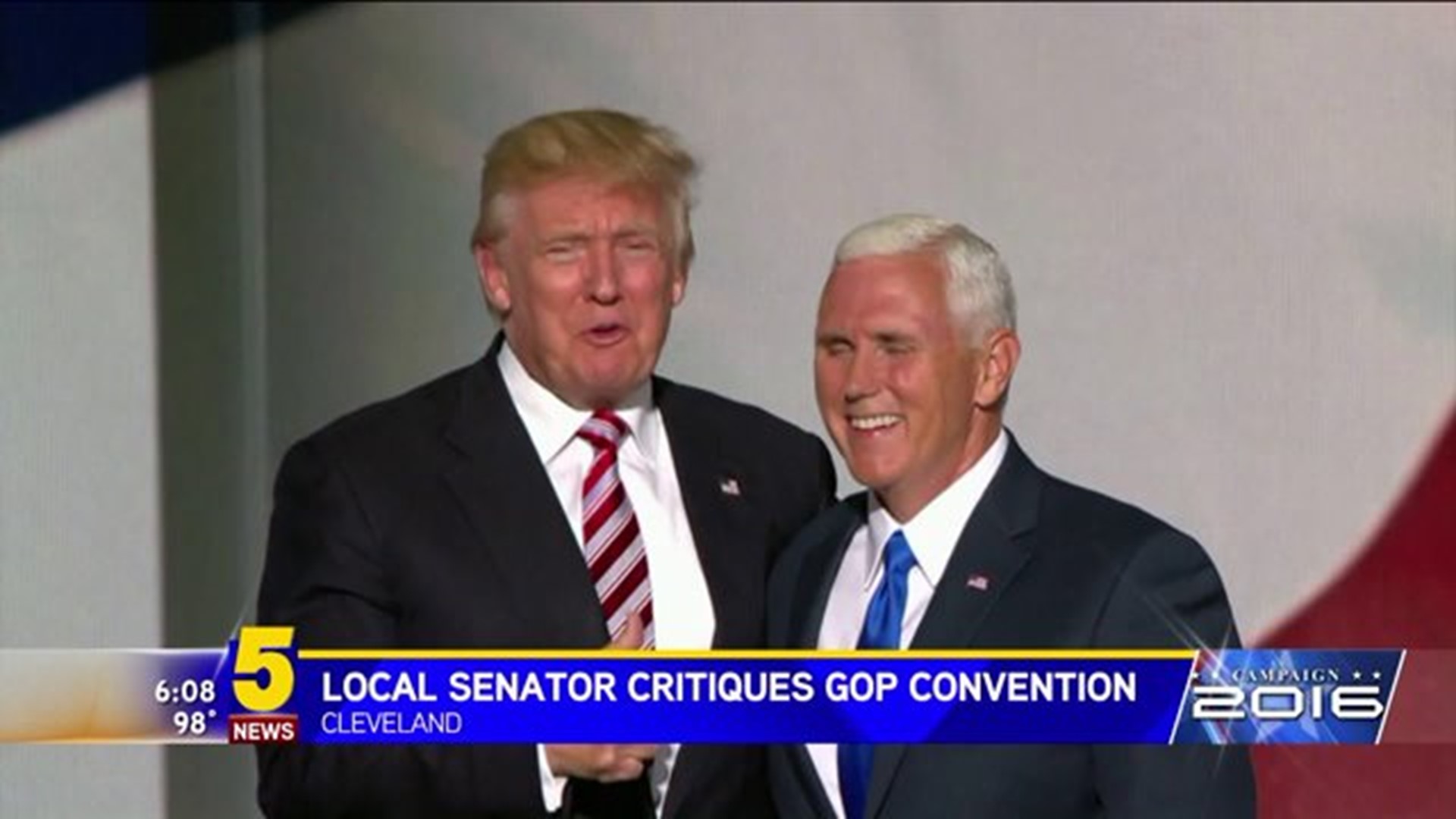 CLEVELAND (KFSM) -- Months after Marco Rubio ended his campaign for President of the United States, many of his supporters were left to consider Donald Trump as a nominee.

Cave Springs Senator Bart Hester was one of Rubio’s lead supporters in the Natural State.

Hester attended the Republican National Convention in Cleveland, where he said he was sold on Trump, crediting Trump’s children for that decision.

“[His children’s thoughts] say a lot about who Donald Trump is, and who he is at home with his family,” Hester said. [The convention] has been getting bigger and more exciting every night.”

Hester said he was disappointed to hear Sen. Ted Cruz fail to endorse Trump for president.

“I did my share of booing at that time too. It is just so disappointing that he would come and speak, and speak far more than his allotted time during the Republican convention to nominate Donald Trump,” Hester said. “And, for him to not throw his support behind Donald Trump, after he committed publically and signed a pledge to do it.”

Hester hoped Trump would follow in the footsteps of his running mate, Indiana Gov. Mike Pence.

“I was really excited that Gov. Pence opened with he was a Christian, a conservative, and then a republican,” Hester said. “And, when he said that, the place erupted, it was exactly what we needed to hear.”