CLARKSVILLE (KFSM) — The Clarksville School District was one of the first to implement armed faculty and staff on a school campus and now, school official... 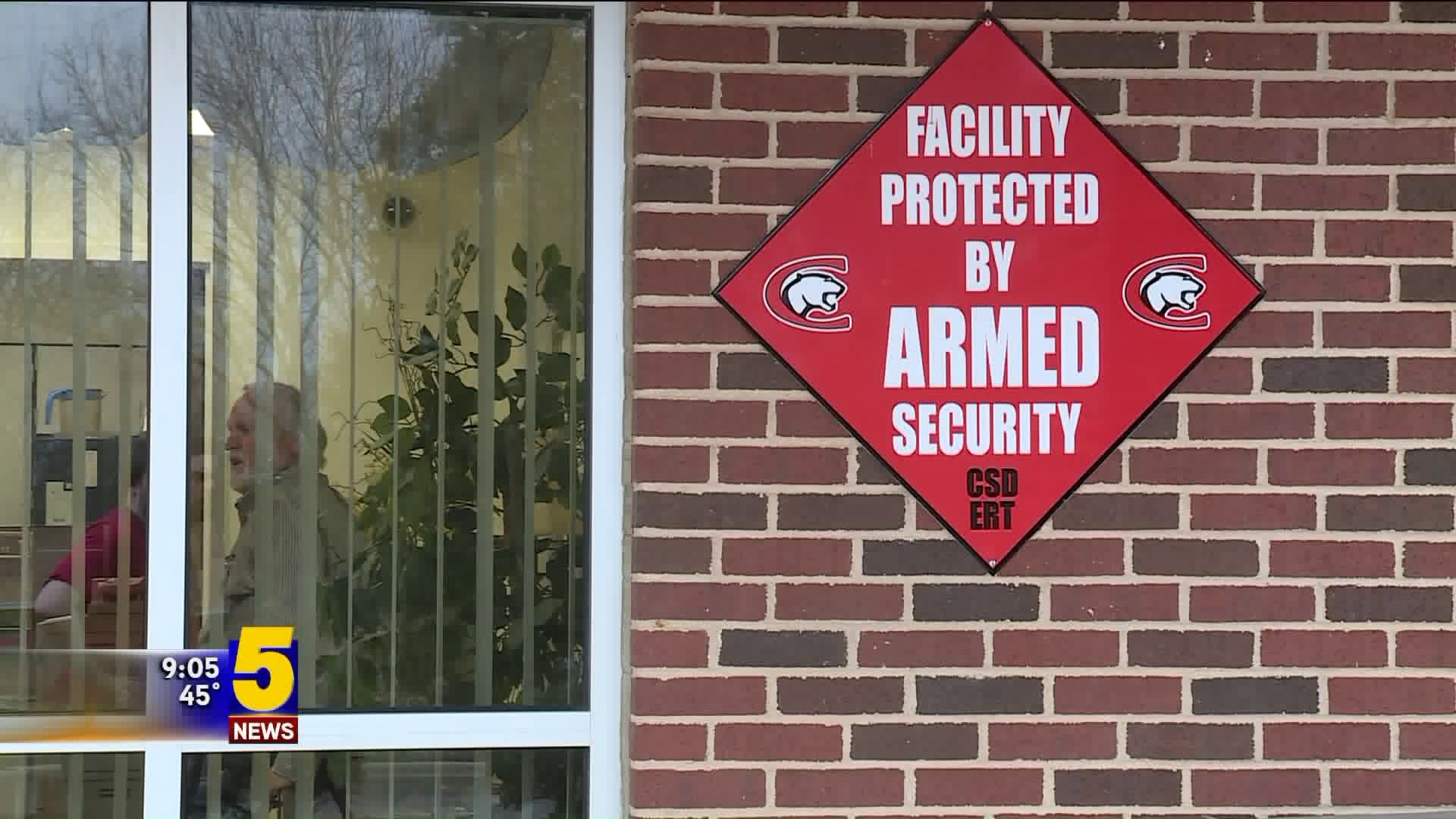 CLARKSVILLE (KFSM) -- The Clarksville School District was one of the first to implement armed faculty and staff on a school campus and now, school officials say they feel safer.

For nearly five years, more than 20 faculty and staff have served as armed, private security guards to protect themselves and students in case of an emergency. Those armed guards receive training yearly.

"Every second that ticks by is a possibility of a life lost. What we`ve gathered from this is that it can be done, it can be done right...we`ve done it now for five years. We feel good about our program and we feel like we`re in a better position now than we were before Sandy Hook," Clarksville Superintendent David Hopkins said.

Ways to update safety measures are something Hopkins and his administration will continue looking into, but he said it has to be balanced.

While those at school do know that there is armed security, they don't know who is carrying those weapons. They said it doesn't change their day-to-day schedule, but it does make them feel safer.

"It does feel safer to me.," Chris Chappell with Clarksville School said. "A lot of our folks that are in that program, they back us...they protect us in ways that we can`t even tell, we can`t even see."

It took several state licensing board sessions to put this type of protection into play and those with the school say it was worth it.

"I've got kids in this building and I feel better as a parent," Hopkins said. "I have spoken with other teachers and parents that feel better because we have this program in place."

"I think this is going to save a lot of students` lives," Chappell said. "It has already shown itself in other places. We have armed security (and) we`re willing to use it...don`t step on our campus because we`re going to protect our kids."

Five years after implementing guns for security purposes onto their campuses, Hopkins said those with the district continue to advance, educate and update safety measures. He said balance is key regarding safety measures.

The superintendent said when the idea of armed teachers and staff was being discussed in 2013, there were several people who were not in support. He said since then, they have been able to see how it works and aren't so against it anymore.

Hopkins also tells 5NEWS that several districts around the state have reached out to him for advice about how to get this type of program going at other schools.