NORTHWEST ARKANSAS (KFSM) — As the government shutdown continues and it’s beginning to have an impact on workers who don’t know when they’ll see their nex... 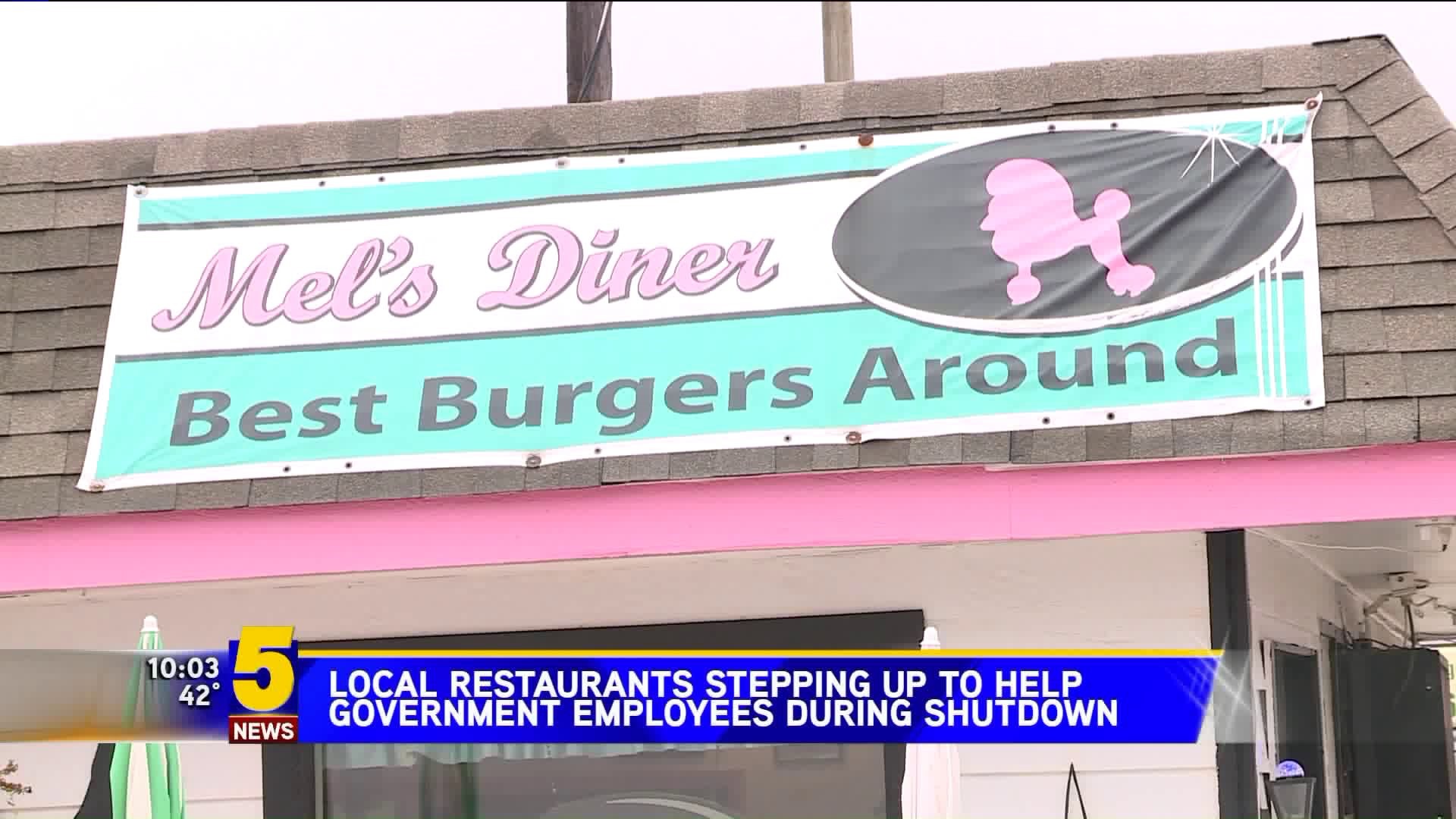 NORTHWEST ARKANSAS (KFSM) — As the government shutdown continues and it's beginning to have an impact on workers who don’t know when they’ll see their next paycheck.

Two local restaurants in Northwest Arkansas are giving back by offering free meals to government employees.

The owners of the Grove in Lowell and Mel’s Diner in Prairie Grove wanted to do something to help government employees.

The lunch rush was just wrapping up at Mel’s Diner in Prairie Grove. The owner says a few days ago... his wife suddenly had an idea. Let’s open our doors and invite those affected by the government shutdown to pull up a chair and enjoy a hot meal.

“They don’t have money or some of them are going to work and still not getting paid and thought, why not invite them in and eat a meal on us,” said Brandon Vansickel, Owner of Mel's Diner.

Vansickel says it feels good to give back to the community. He says you don’t have to live in Prairie Grove to take advantage of this deal.

“I’ve had agents come in, I've had postal people come in. I don’t know that they’re getting paid or not, it didn’t matter. It was more of the general effect of helping people when they’re in need,” said Vansickel.

The owners of the comedy club The Grove in Lowell had a similar idea. One of those owners is Bill Adams and he says it's an open invitation to all government employees.

“The invitation is for any federal employee who’s been furloughed or even those who are still working but maybe not getting a check. That’s national parks, air traffic controllers that anybody who is in anyway affected by the shutdown," said Adams.

Adams says you don’t have to leave your family behind.

For both the Grove and Mel’s Diner all you need to bring with you is your government issued I-D and the meal is on the house for you and your family.