FORT SMITH (KFSM) –  Franklin Roosevelt called it a day that will live in infamy. For one Fort Smith resident, it’s a day that lives in his memories “I ca... 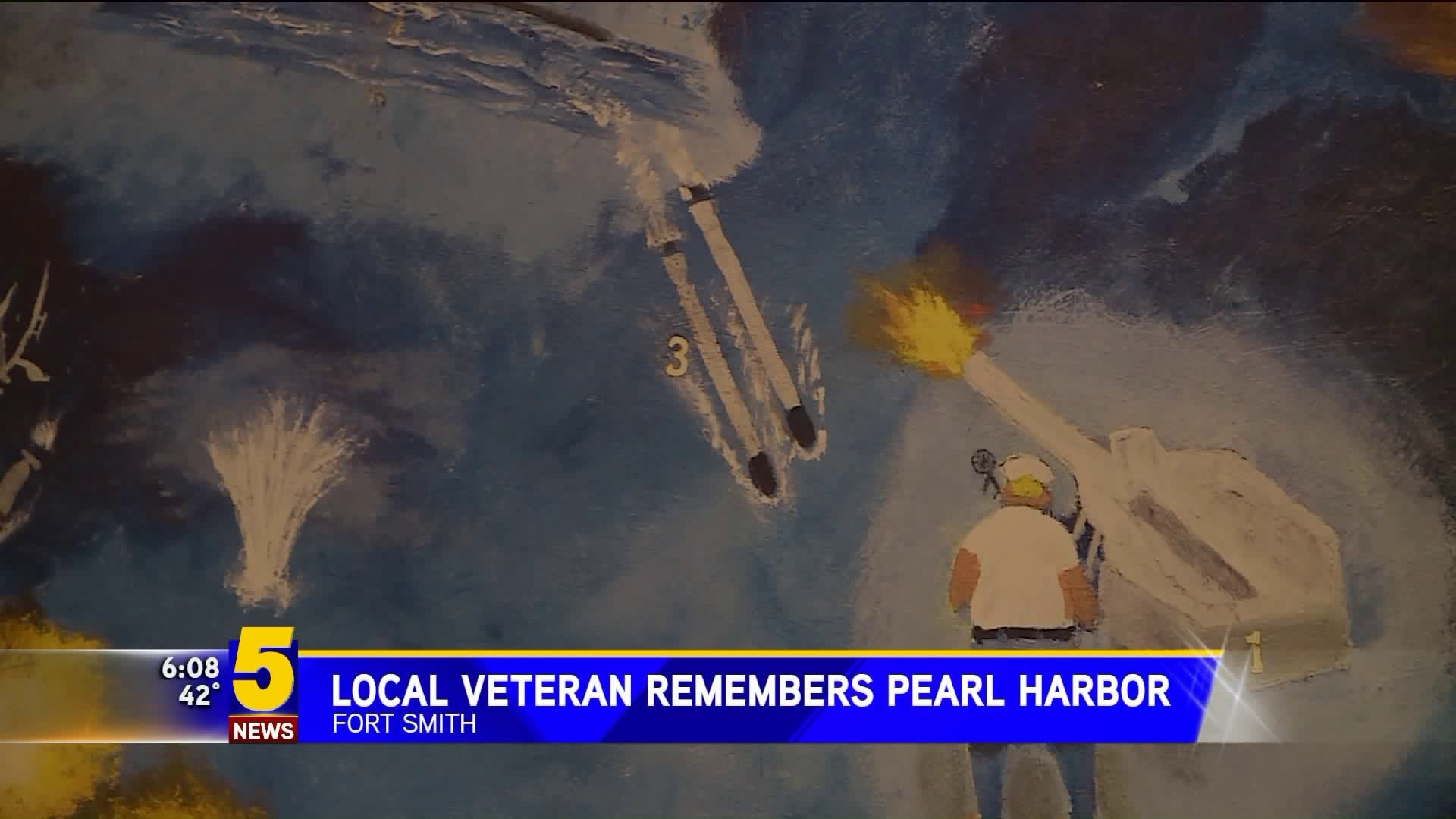 FORT SMITH (KFSM) -  Franklin Roosevelt called it a day that will live in infamy. For one Fort Smith resident, it’s a day that lives in his memories

“I can remember the Japanese planes flying around.”

Emery Lundquist was just 19 years old on the morning of December 7th, 1941.

“Getting ready to eat breakfast when the alarm sounded out, and we didn’t know exactly what it was. We soon found out that the Japanese were bombarding us.”

He knows his story is essential.

"The war killed a lot of people, and just try to keep from having war.”

After returning to Arkansas, Lundquist served in the Naval Reserves for 30 years, while working as a postman in Fort Smith. He has many hobbies, but painting is his passion.

“I didn’t want to paint war. We were the first to shoot the enemy, and I got to where I didn't want to paint anything like that, so I’d paint a lot of ocean stuff.”

While he enjoys giving most of his paintings to friends and family, there have been other perks.

“I bought my house with what I sold.”

Now, he just wants to share everything, his stories, and his art.

“If they enjoyed it, I enjoyed making it for them.”