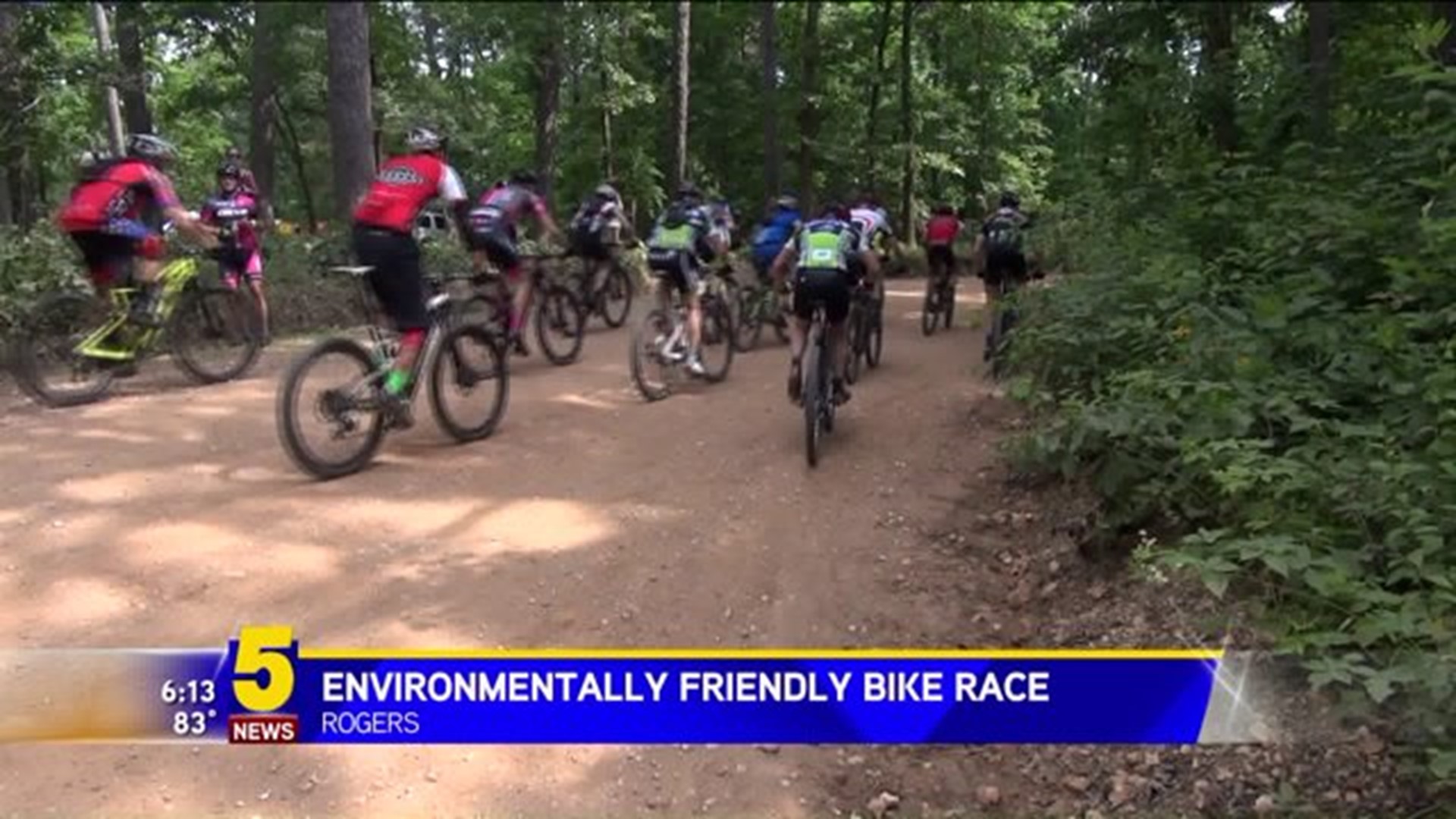 More than 250 cyclists, ages ten and under to 60 plus, participated in eight races throughout the morning.

Darren Giretz was one of them.

"It is a tough trail because there are a lot of climbs and some cornering but all in all it was not too bad," he said after finishing a nine mile loop.

"[Mountain biking] is definitely healthy for you, it makes you feel better," Giretz said. "These are all great people out here and they are real encouraging and it is just a fun sport you can do even when you are older."

Event coordinator Brannon Pack said the organization is all about sustainability.

"Anytime we are responsible for 400 people in a state park, like at Hobbs, we want to make sure we are doing it in a responsible manner and that is really where the sustainability comes into play," he said. "We put out a green policy where we asked those in attendance to carpool to eliminate the carbon footprint."

Another component of that green policy was recycling. The OORC partnered with Waste Management to set up several bins and encouraged participants to use them accordingly. The bins were separated into regular trash, aluminum cans, plastic bottles, and organics.

Race participants also got a stainless steel cup and a reusable spork instead of a t-shirt to encourage them to use the cup and spork at other events in the future.

The race was part of the Arkansas Mountain Bike Championship Series.