RUDY (KFSM) — An Arkansas Game and Fish Commission regulation was put in place years ago restricting deer coming in to Arkansas from out of state, in orde... 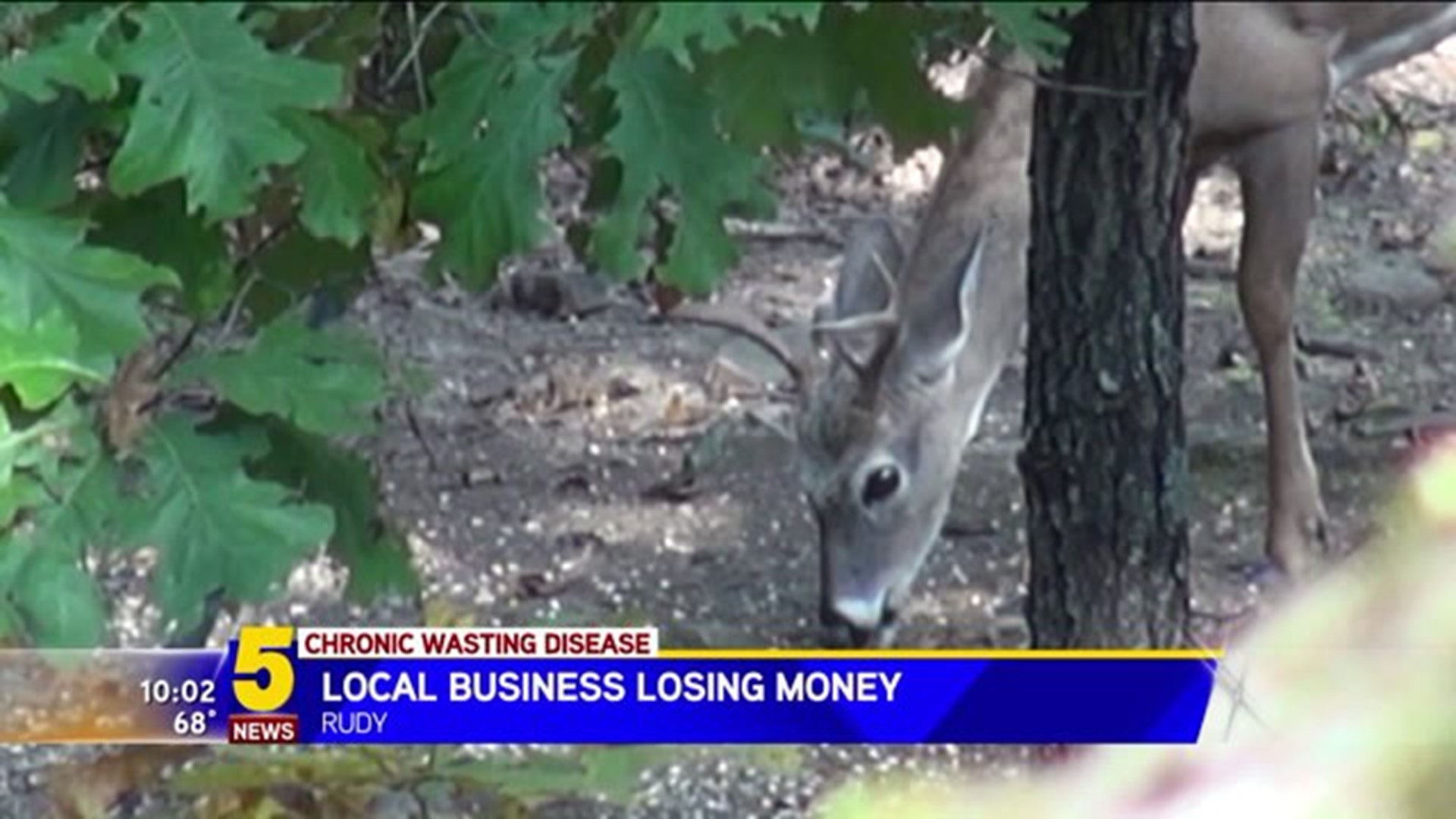 RUDY (KFSM) -- An Arkansas Game and Fish Commission regulation was put in place years ago restricting deer coming in to Arkansas from out of state, in order to minimize the odds of bringing Chronic Wasting Disease into Arkansas.

One meat processing plant is seeing fewer customers years later because of the regulation.

Employees at Cockrum’s Custom Meat Process in Rudy said Monday (April 4) they have seen an impact on sales since the regulation. The business provides taxidermy services, and processes meat.

Scott Roam has been a taxidermist for 32 years, and has been working at Cockrum’s for 14 years.

“I just enjoy it; it's like an art form,” he said. “And every piece that we do, I just like the outcome of it, how it turns out.”

He said the regulation means hunters have to de-bone their deer if they were not harvested in Arkansas.

“A lot of people just like to kill a deer, and then take it someplace and let them do the work on it,” Roam said. “This way, they have to do 90 percent of the work themselves.”

Since the regulation was put in place during the 2013-2014 season, he has seen a 10 percent loss in business, mostly because fewer Oklahomans are coming in.

“It’s really bad on us, because it knocked off a lot of the deer numbers that we got in to mount, or to process next door,” Roam said. “But I know it's not the game and fish's fault, because they were doing the best they could to stop it.”

“And it still happened anyway,” Angie Cockrum, co-owner of the business, said.

Cockrum said the meat processing part of the business was hit even harder, losing about 30 percent of its income.

“[There’s] nothing really that you could do, it's just kind of out of our hands,” she said.

Cockrum said they've adjusted over the years, and haven't needed as many employees.

“It’s frustrating, but like I said there's really nothing they could have done about it either, they're just precautions,” she said. “We hold nothing against them, it's just something that happened.”

Both Cockrum and Roam said they still see Oklahoma customers, who are willing to de-bone the deer before they come in.

Oklahoma customers who don't want to de-bone the deer themselves are having to drive farther away from our area to have their meat processed.