VAN BUREN, Ark. (KFSM) — One year ago a Van Buren man began the journey as one of only 200 patients in a clinical trial to treat ALS. Mark Bedwell’s docto... 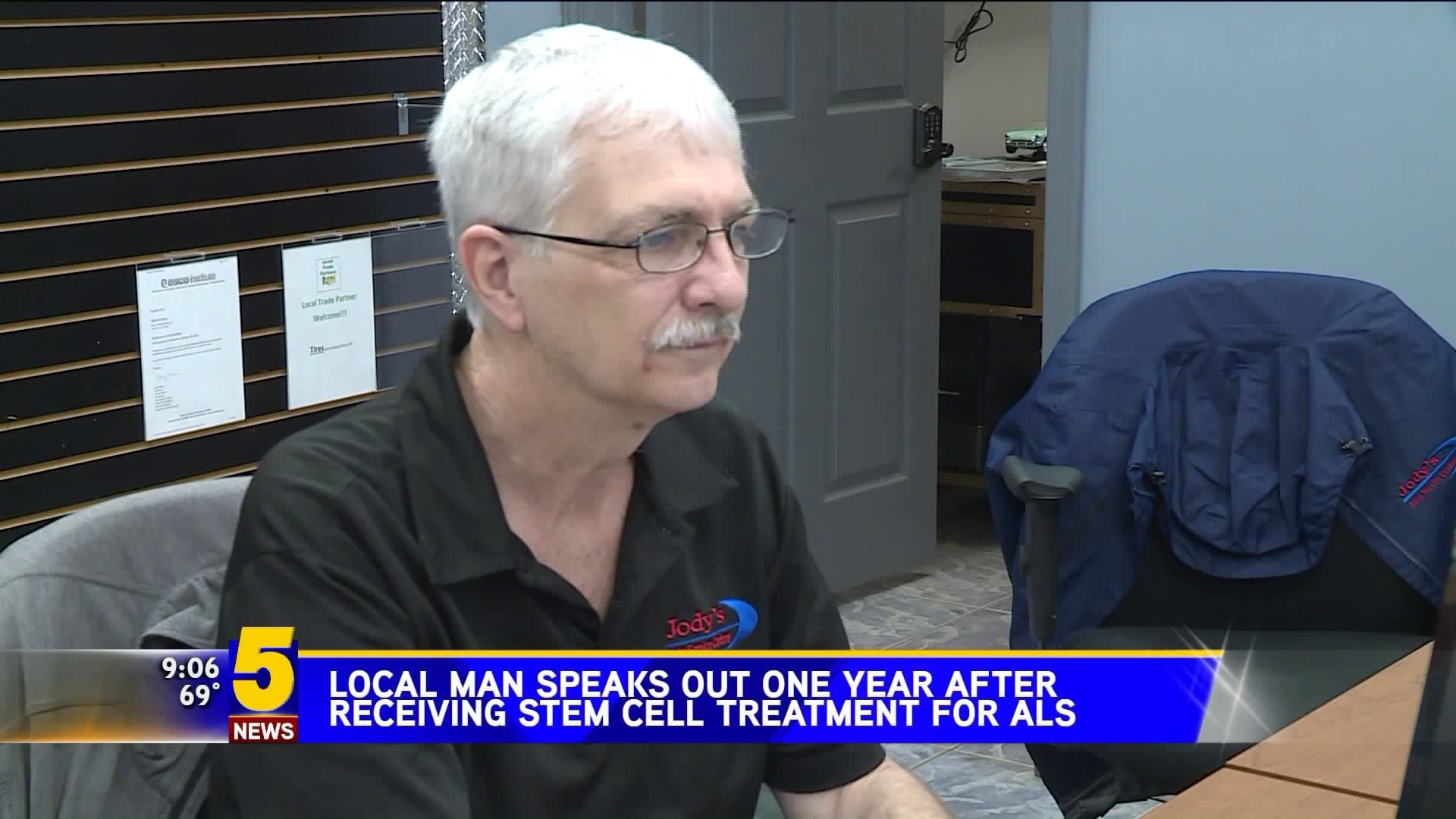 VAN BUREN, Ark. (KFSM) — One year ago a Van Buren man began the journey as one of only 200 patients in a clinical trial to treat ALS.

Mark Bedwell's doctor told him he only had three to five years left to live, but he refused to accept that news. Bedwell began searching for clinical trials online and eventually found one that was a fit for him.

A year later Bedwell said he has seen incredible progress in his mobility, speech, and everyday life.

"I feel great compared to a year ago," Bedwell said. "I am stronger. I have more mobility.  I talk better, walk better and actually run."

Bedwell would travel to Boston to receive his treatments. He has received three total injections and four lumbar punctures in his spine.

Bedwell's friend of 30 years, Jody Rupe, traveled to Boston each time he went. Bedwell said he is thankful for the support of Rupe over the past year.

Rupe said he is proud of his pal for finding this trial and not giving up hope.

"You want to work hard and Mark did a lot of research online and got himself into one of those trials which I thought was a big deal," Rupe said. "You can't give up."

Now that Bedwell's treatments are wrapping up, he says he plans on becoming an advocate for people with ALS.

"I just want to be an activist or be help for all ALS patients to get these trials approved so nobody else has to die," Bedwell said.

When he began this journey, Bedwell said he only had 50 Facebook friends. Now he has over 1,400 friends supporting him from all over the country.