Man Fights To Get Wife Out Of DHS Care

FORT SMITH (KFSM)–William Windham married his wife, Wanda after she had her first stroke, but she suffered three more strokes that left her paralyzed from... 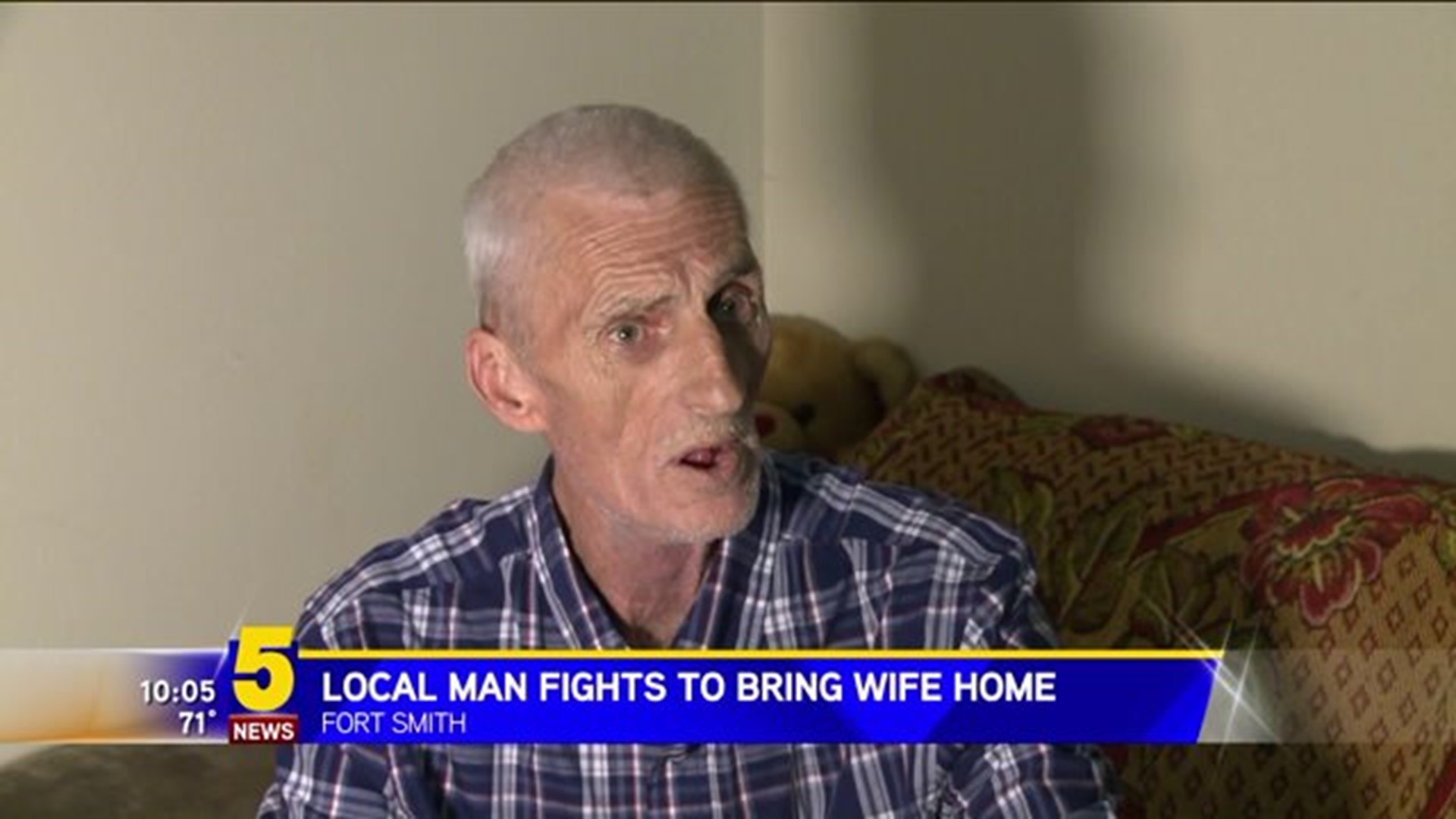 FORT SMITH (KFSM)--William Windham married his wife, Wanda after she had her first stroke, but she suffered three more strokes that left her paralyzed from the neck down and unable to speak.

“My wife is like a 2-year-old child, and I have done everything humanly possible for her,” Windham said.

In January, Windham was arrested on suspicion of aggravated assault against his wife after a DHS aid asked her if Windham had hurt her and she said yes.

“The next thing I know I didn't get no knock at my door,” Windham said. “I got a very loud pounding at my door, and this officer drug me out my door, placed me in handcuffs.”

The charges have since been dropped after Windham's attorney showed it was unlikely Wanda could understand or respond to the aid's question.

“He looked at the report, and he says, ‘This is a bunch of crock. Your poor wife can't even speak, so how can the DHS worker go on your wife's word,’” Windham said.

Wanda still remains in DHS care at Sparks Hospital in Fort Smith. They have only allowed Windham three supervised visitations with her in the last three months, and Windham said DHS will not let Wanda come back home because of the charges filed against him. Windham has hired another attorney to try to bring his wife home. If he succeeds, he said he will take care of her himself.

“I will never have anyone else in my home again,” Windham said. “I will take care of my wife. She is the love of my life, and I am everything to her, and it broke my heart a little while ago having to leave her there, and it broke her heart me leaving. You know, I don't understand this.”

"We cannot speak about specific adult protective services cases, but could explain the process and policies. Adult Protective Services (APS), which we oversee, only gets involved when an adult is impaired or endangered AND is determined to be in imminent danger. APS can take a temporary hold, but we quickly go to court and a JUDGE determines whether the person would continue to be in danger and that APS should maintain custody. Any time an adult is in our care, that adult does have an attorney that advocates in court for the client’s best interest and desires. DHS does not just keep people. All of these parties come together, and someone like a husband could petition the court to get involved in the case as well."