FAYETTEVILLE, Ark. (KFSM) —  Thousands of motorcycles are revving and riding up and down the streets of Fayetteville Saturday (Sept. 29) for the last nigh... 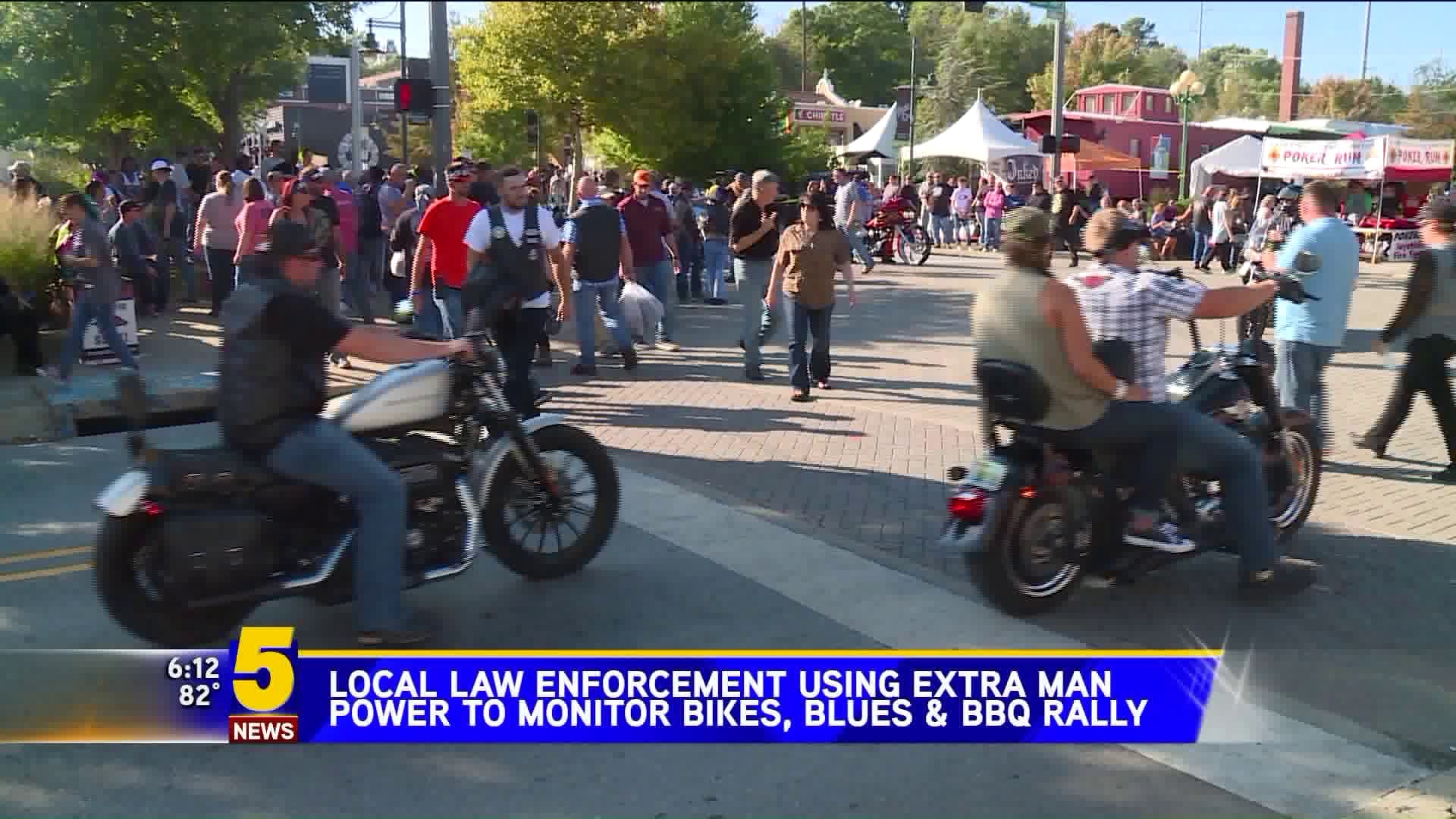 FAYETTEVILLE, Ark. (KFSM) --  Thousands of motorcycles are revving and riding up and down the streets of Fayetteville Saturday (Sept. 29) for the last night of the Bikes, Blues, and BBQ rally.

And with all those visitors, police are working overtime to patrol the crowds.

It's been a busy week for not just Fayetteville police, but law enforcement across Northwest Arkansas.

The Fayetteville police department said they called in officers from across the region.

To patrol an estimated 350,000 people, police said it takes a lot of extra man power.

The Fayetteville Police Department said during the Bikes, Blues, and BBQ week the Lowell Police Department assist, as well as Benton County, Springdale and other various law enforcement agencies from across Northwest Arkansas.

This is Officer Tiffney Lindley's 10th year to patrol Bikes, Blues, & BBQ.  On Saturday she worked a 12 hour shift.

"We work long hours, but there's just a lot of stuff going on all the time.  We see a lot of different people from all walks of life and you know, you also get to meet officers from other agencies because it's not just Fayetteville that's out here," said Lindley.

Fayetteville police said this year things have been calm on Dickson Street during the event.