FORT SMITH (KFSM)- The kicker for Chaffin Junior High has never missed in a game, and scored the first 7th grade extra point in school history. But you might be... 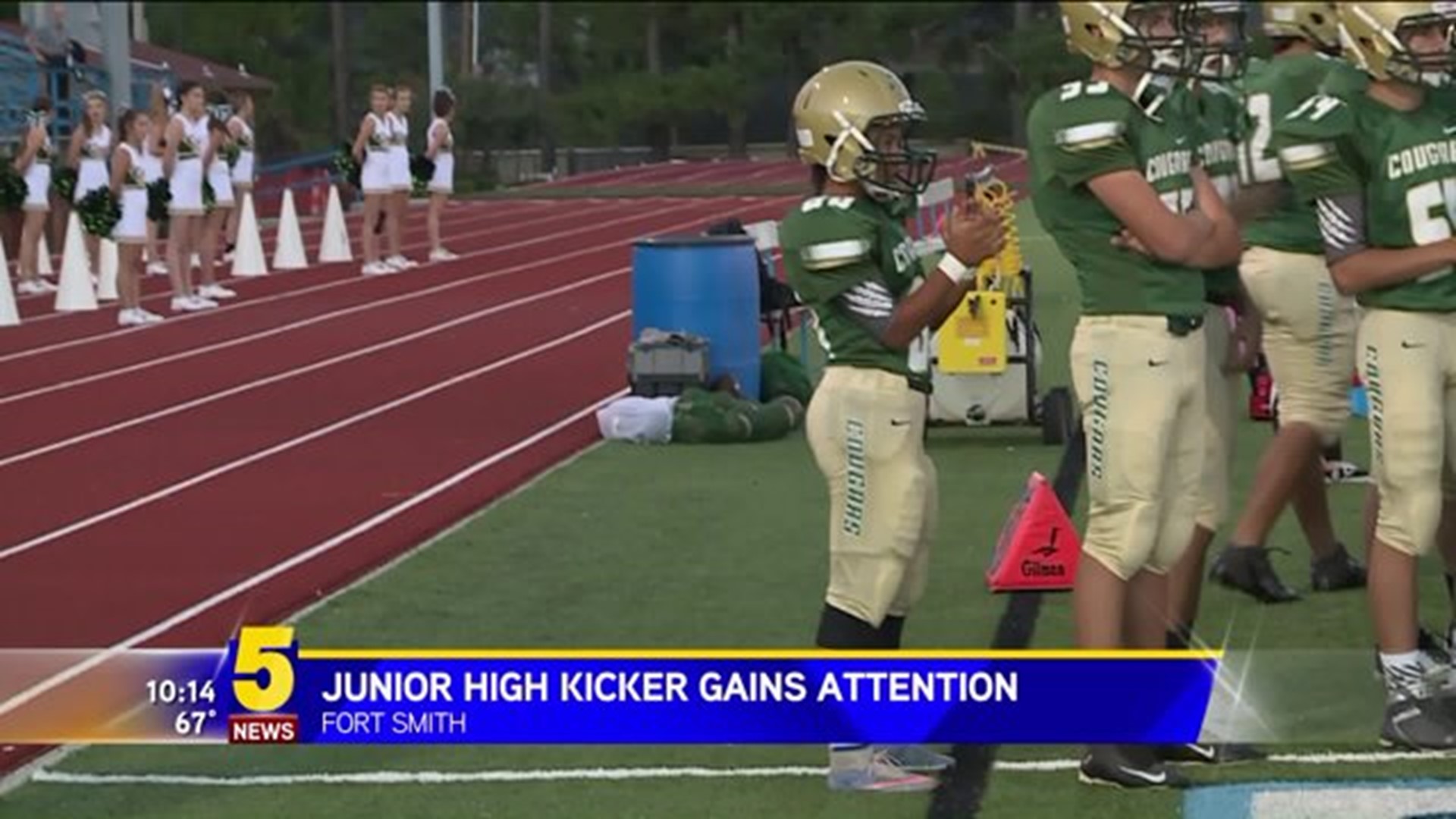 FORT SMITH (KFSM)- The kicker for Chaffin Junior High has never missed in a game, and scored the first 7th grade extra point in school history. But you might be surprised who is under the gold helmet.

At 12 years old, Brianna Lopez, or "Bri" as her teammates know her, is the starting kicker for the football team.

"In elementary school, around fourth or fifth grade, I would play [football] outside with the guys," Lopez said. "I would just play, and they would tell me to play for the junior high, and just go for it."

Her coach said she's got what it takes.

"She's got a specialty," head coach, Doug Pogue said. "She played soccer all her life, and so she has that knack; just pure athleticism. She has really good power with her legs, and she kicks it pretty. I've been proud of her."

At first, Bri's family was afraid to let her play. Now, they said they couldn't be more proud.

"I [told] Brianna, 'you haven't done this before,' and she said, 'mom, I love football, and I told you I was going to be in it,' so I'm very proud," mother, Yecenia Palafox said.

Each day at practice Bri sets a new goal for herself.

"I just make a challenge for me in my head," Lopez said. "I make five in a row, and I scoot back, and I just keep going and going."

Now, the future of Bri's football career is for her to decide.

"I've played basketball since I was like eight," Lopez said. "I wanted to be a cheerleader ever since I was small, and I've been tumbling for awhile."

But for now, she's catching the attention of everyone around her.

"I knew that before long, word would get out," Coach Pogue said. "people would start noticing her and stuff, and I think it's a good thing."