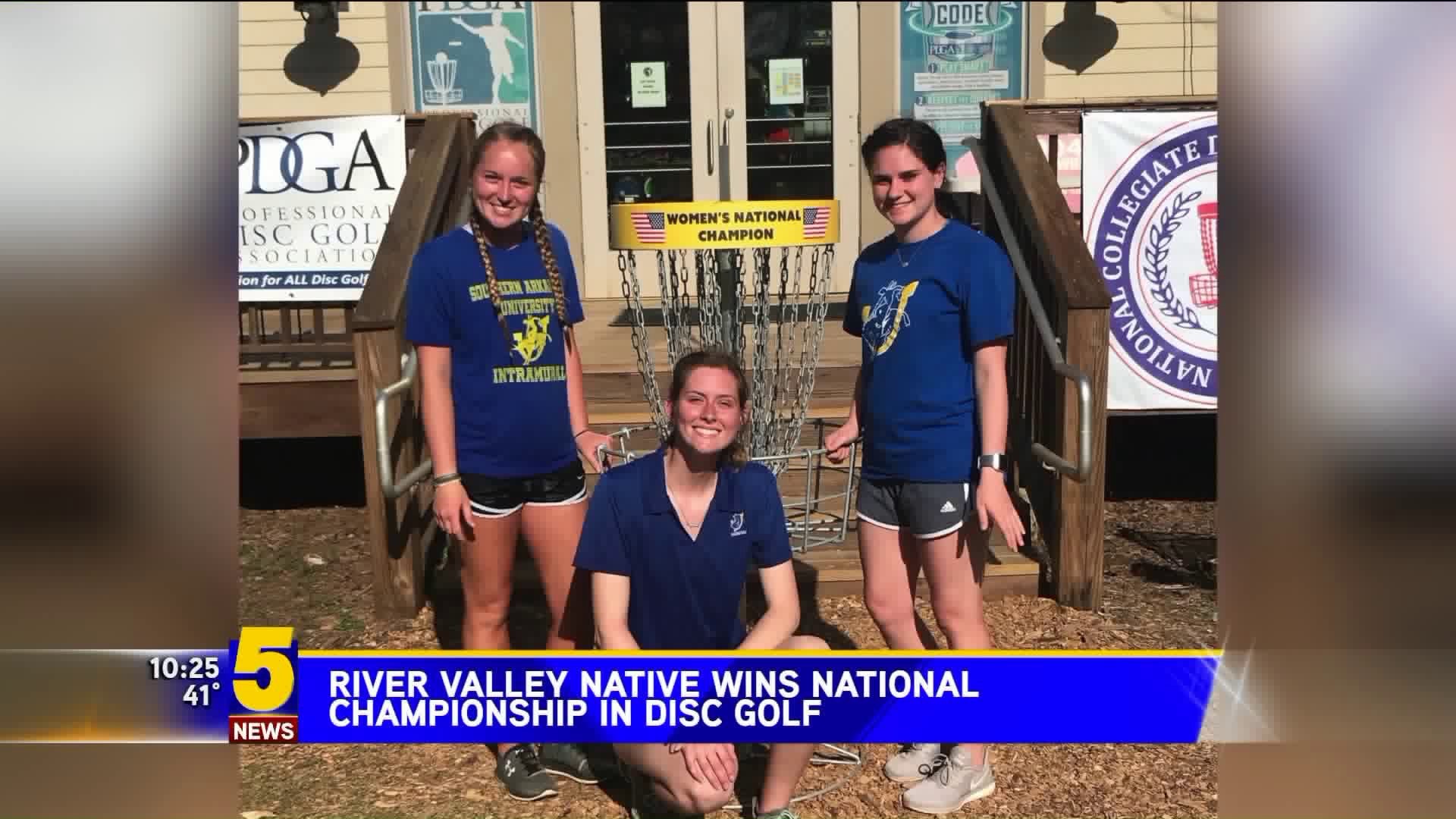 Madi Chitwood, a junior at Southern Arkansas University, not only took the individual title but helped her teammates win the team championship as well.

SAU didn't even have a women's disc golf program at all until Chitwood helped start one last year.

Chitwood spent time playing and practicing with the boy's team until she decided it was time for the women to get to compete. She knew of a few girls who shared a love for the sport and together they formed a team.

"Well I liked going out and playing with the guy's team of course, but it's a lot different to play with guys than it is to play with girls," Chitwood said.

Chitwood's parents said they believe their daughter's determination helped her take to the sport so quickly.

Madi said she hopes her team's success on the national stage will draw more attention to the sport she's come to love.

"I think it's something that not everyone knows exists. So we want to use this as a way to tell people it's a real thing and hopefully other people will enjoy it and come out and try it," Madi said.

Madi said she hopes to return to nationals with her team again next year to defend their title.