SILOAM SPRINGS (KFSM) – A friendly deer that has gained popularity among Siloam Springs residents is wanted for relocation by the Arkansas Game and Fish Commiss... 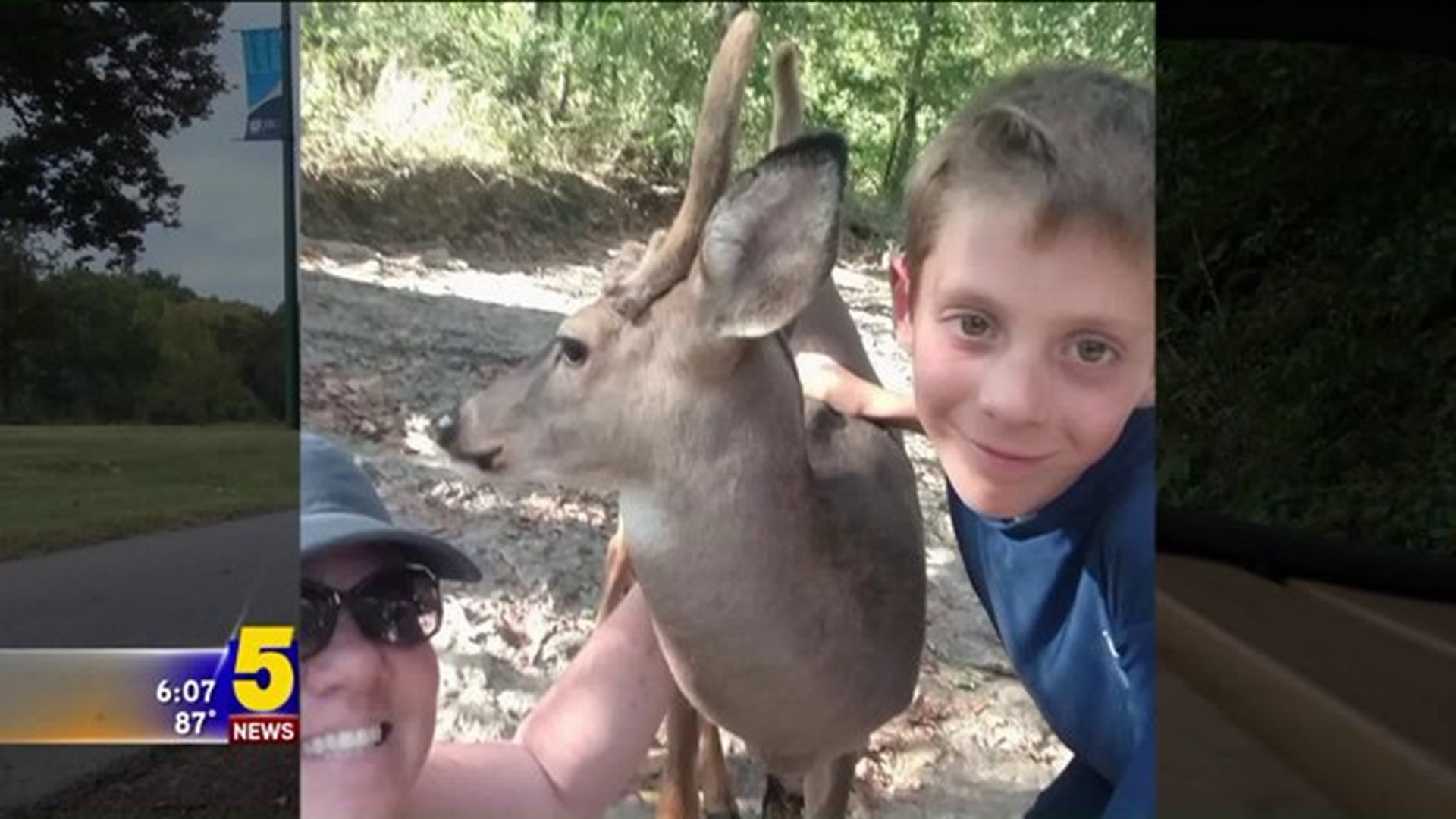 SILOAM SPRINGS (KFSM) – A friendly deer that has gained popularity among Siloam Springs residents is wanted for relocation by the Arkansas Game and Fish Commission.

The deer, which has been nicknamed Doug, has been spotted near John Brown University for several weeks. Residents say he is not afraid of humans and even poses for photos, which you can see on his Facebook page, which also lists him as the groundskeeper at JBU.

"Doug is part of the community, he is pretty awesome," said Curtis Bedor, a resident of Siloam Springs. "He is not dangerous at all."

Jessie Bedor, who has met Doug before agreed.

"I don't think he would freak out and hurt anyone," she said. "There is no way."

Doug's Facebook page speaks to his popularity in the area. He has nearly 2,500 friends.

"It was the first time we ever got to pet a little deer," said Amber Hutchison, who also lives in Siloam Springs. "We got to feel his little antlers. They were velvety, and soft. He was really nice."

But Doug's popularity is raising concerns at JBU. According to the AGFC, the university contacted them to relocate the deer.

"When an animal is like that, it is not natural. It is like someone has taken it in and tried to domesticate a wild animal," said Rusty Johnson, spokesman for AGFC.

Johnson said Doug's prolonged interaction with the public could impact his survival.

AGFC is searching for the deer to relocate him to a wilderness area, but residents are hoping to keep him around.

"You shouldn't mess with wildlife, but he is already part of the community. So, why would you go get rid of him," Jessie Bedor said.

“They kind of waited too long. If they were going to take him away, they should have done it a lot longer ago. A long time ago,” Curtis Bedor said.