FORT SMITH, Ark. (KFSM) — A bit of good news emerges from Payless closing all of its remaining stores as one local family is using it to pay it forward. For one... 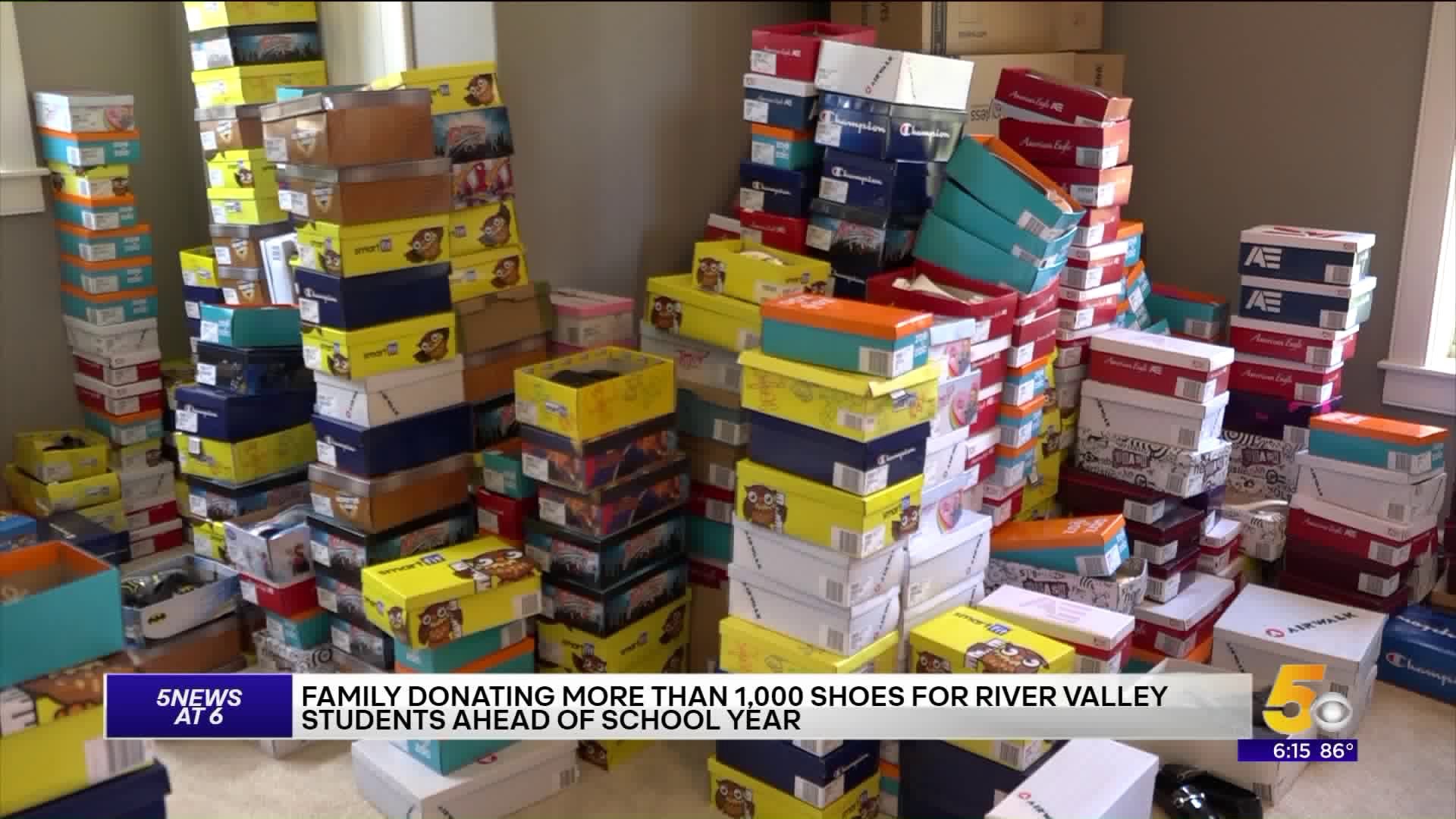 FORT SMITH, Ark. (KFSM) — A bit of good news emerges from Payless closing all of its remaining stores as one local family is using it to pay it forward.

For one Alma mom, what started out as a trip to the mall to buy her kids some shoes turned out to become a way to give back to their community.

"As I was checking out I just said 'how much for the rest of the shoes in the store,' almost joking and I could see the clerks, her face, her wheels start to turn and she finished checking me out. She said 'can I have your number?'" Carrie Jernigan said.

Jernigan says it all happened after her oldest daughter saw a pair of Avengers shoes.

"She has the biggest heart, and she said 'There is a boy in my class that loves avengers, and his shoes are too small, could you buy him these?,' and I was like 'of course,'" Jernigan said.

Later that day Jernigan says she got a call from the district manager telling her she could buy out the rest of the store. While the family was at the store, the store received a new shipment of shoes. What Jernigan thought was going to be 200-300 pairs of shoes ended up more than tripling.

"The next thing you know we are trying to figure out how to get almost 1,500 shoes home with us that day," Jernigan said.

The buyout happened at the end of May and Jernigan says she's happy her daughter asked to buy those shoes for her classmate because now they'll be able to help even more kids in their community.

"I always tell my kids, if you ask them what they want to be when they grow up they say be kind, and so I don't care what they do in life as long as they are kind and good people," Jernigan said. "And so it just reiterates to me that their hearts are in the right place and if it's in the right place they can do amazing things."

The family has had so many people reach out wanting to donate that they have decided to throw a back to school bash the weekend before classes begin.

The bash begins at 2 p.m. on August 10 at the Alma Middle School Gym. They will be partnering with Kibler Baptist Church and will also be giving away school supplies.