PRAIRIE GROVE (KFSM) – A Civil War artillery shell that was found earlier this month near the Prairie Grove Battlefield State Park has been destroyed, but... 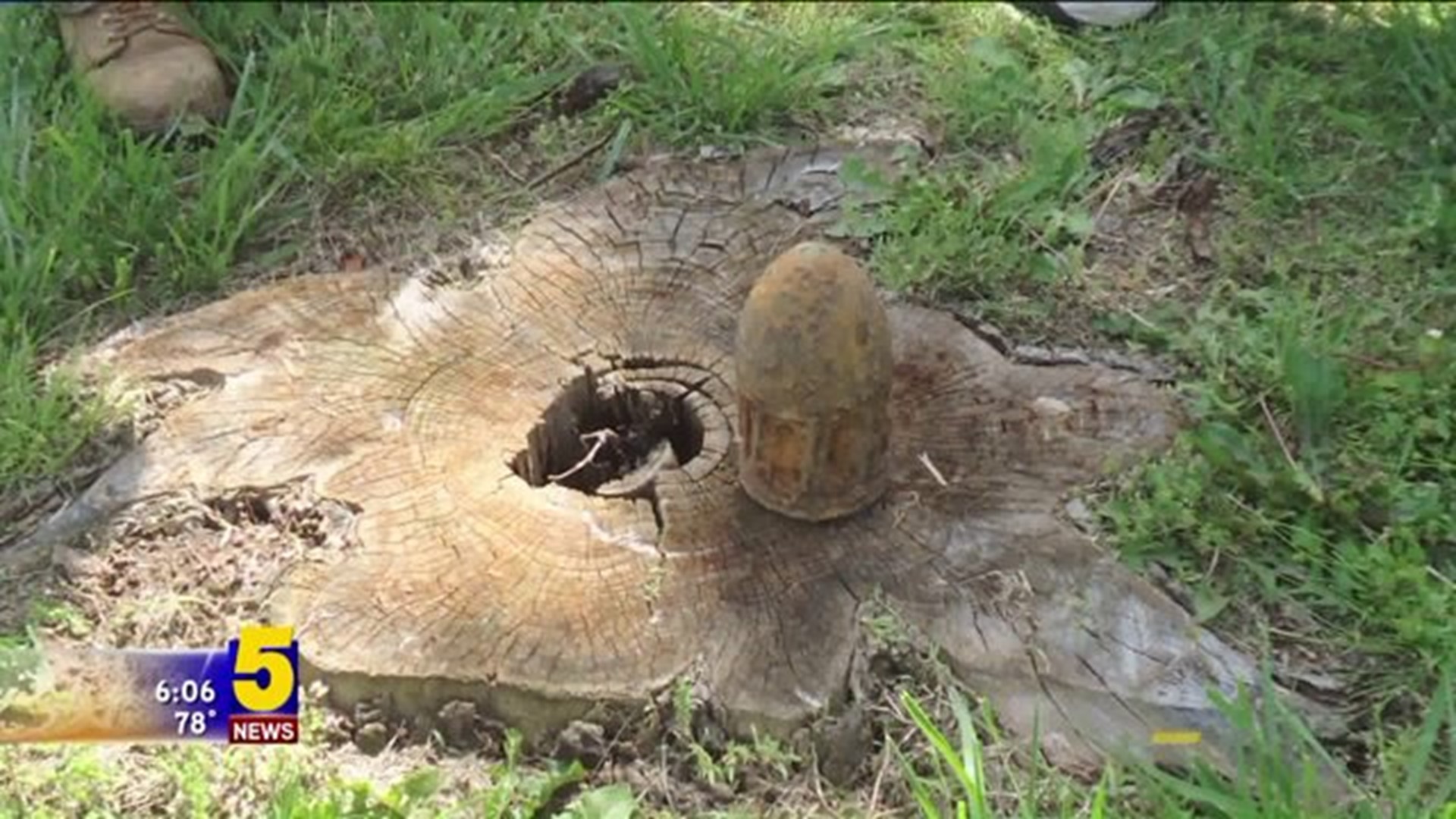 PRAIRIE GROVE (KFSM) - A Civil War artillery shell that was found earlier this month near the Prairie Grove Battlefield State Park has been destroyed, but museum officials said that wasn't the right call.

The James artillery shell was over 150 years old, dating back to the December 7th battle in 1862. Museum registrar Alan Thompson said the shell should have been given to the Prairie Grove Battlefield museum, instead of being destroyed.

"I've been here since 1991 and in that time I'm only aware of about three artillery rounds of any type that have turned up during that time span, so it's not real common that people find them, but they're out there," Thompson said.

Thompson said a gas line worker unearthed the shell on private property about 300 yards from the battlefield. Thompson said he verified the artifact himself. He said the worker who found the artifact handed it over to the city, who posted about it on their Facebook page. A few days later, the Bentonville Bomb Squad picked up the shell and destroyed it.

"Despite being a rare historical item, safety is always first, especially when dealing with explosives. Unfortunately, the only responsible action for all parties involved was to render the shell safe by destroying it."

The National Park Spokeswoman for Gettysburg, Katie Lawhon, said the bomb squad made the right decision.

"We make the assumption that these are potentially explosive, that they're unstable and that they're dangerous, and we call the military," Lawhon said. "There's a nearby unit that works with unexploded ordinance and they usually come to the site and detonate it in place."

Still, Thompson said they'll never know what that shell meant to the battle and that a part of history is now gone.

Thompson said if they find an artillery shell in the future a forensics team from Oklahoma State will handle the artifact to determine if it's live and they'll disarm it if necessary.

A spokesman with the U.S. National Park Service, Jeffrey Olson, told 5NEWS they do not have a nation-wide protocol for handling live munitions. Olson said the practices in the field are to turn to bomb disposal personnel, but said it was not required. He said some parks have trained personnel who can handle the artillery.

Pea Ridge National Military Park officials said their policy is to call a local archeologist, who takes the shell to determine whether it is live. If the archeologist finds it is live, he either destroys it or disarms it. If not, the artifact is given back to the museum to be added to their collection.