GREENWOOD (KFSM) – The Free Range Cowboy Church in Greenwood was damaged in a fire around 4:30 a.m Tuesday (Sep. 18) according to Greenwood Police Chief W... 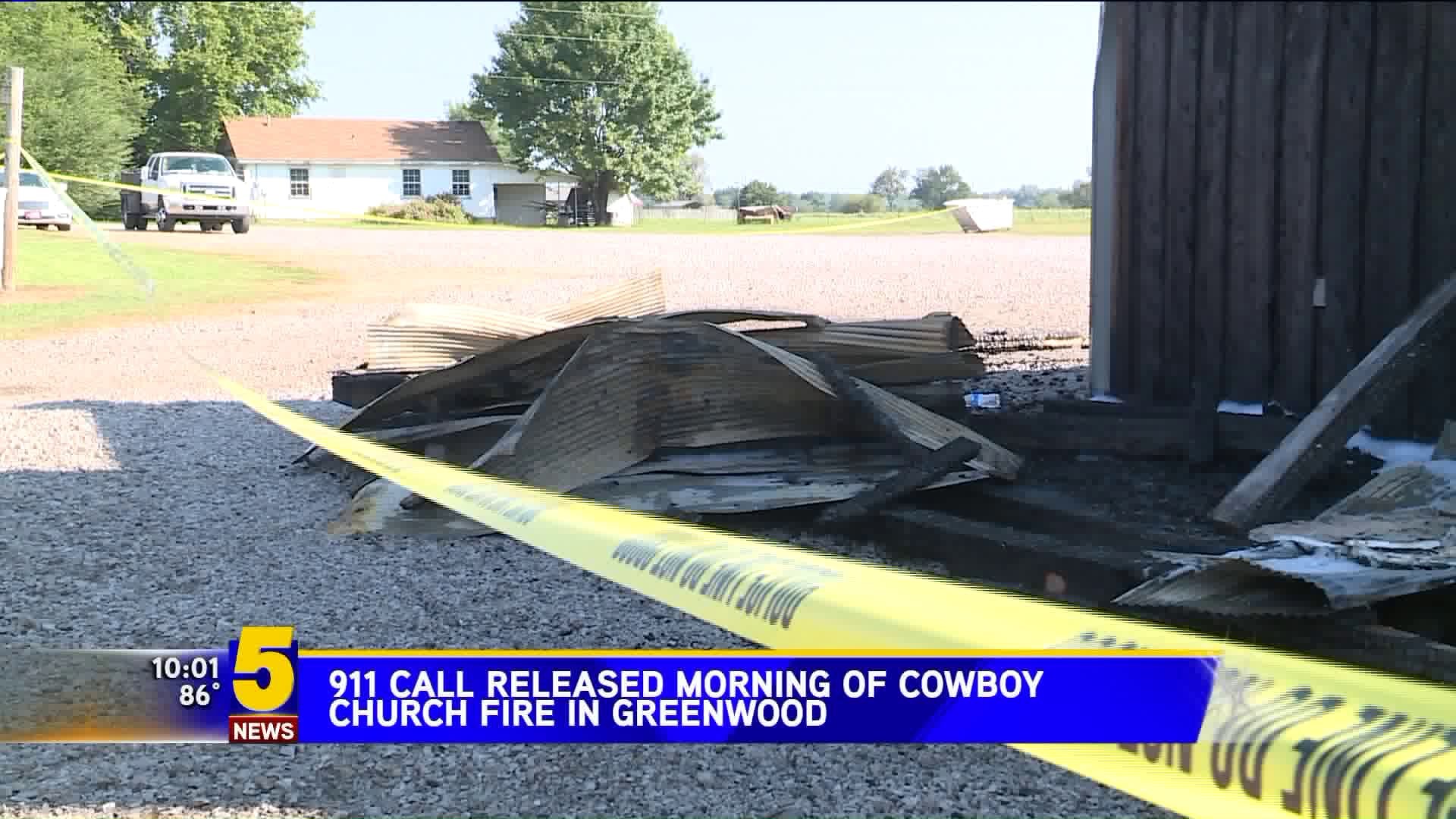 GREENWOOD (KFSM) - The Free Range Cowboy Church in Greenwood was damaged in a fire around 4:30 a.m Tuesday (Sep. 18) according to Greenwood Police Chief Will Dawson.

Dispatch released the 9-1-1 call made by a panicked passerby that morning.

"911 Whats your emergency... Ugh I'm on Stuart lane, there's a church burning on stuart lane I believe it's the cowboy church."

As crews were being dispatched the witness continued to describe the scene to the operator, "Nobody's out here and its burning pretty good too. The fronts on fire."

With no leads on what started the fire, Chief Stewart Bryan brought out the arson dog to help them investigate.

"It'll find anything that might trigger a fire whether its... it could be a fuel or some type of ... chemical." said Stewart.

Chief Dawson told 5 NEWS that investigators and the arson dog were looking to the cause of the fire, it is currently unknown if this fire was the result of arson.

The pastor of the Church said that they plan on rebuilding and will have service this Sunday.

As the community continues to pick up the pieces, Mayor Doug Kinslow is sure this tragedy will  pull the community together in special way.

"It's devastating to the whole community not just members of that church but other folks too and I think you'll see the community come together on this very quickly."

Lt. Nicholas Driscoll with Greenwood Police is asking for anyone who saw cars or suspicious activity around the church between 2-4:30 a.m. to call Greenwood police at 479-996-4119.