FAYETTEVILLE (KFSM) — Over the past few years, the brewery community has grown in Northwest Arkansas. One group has taken it upon themselves to teach peop... 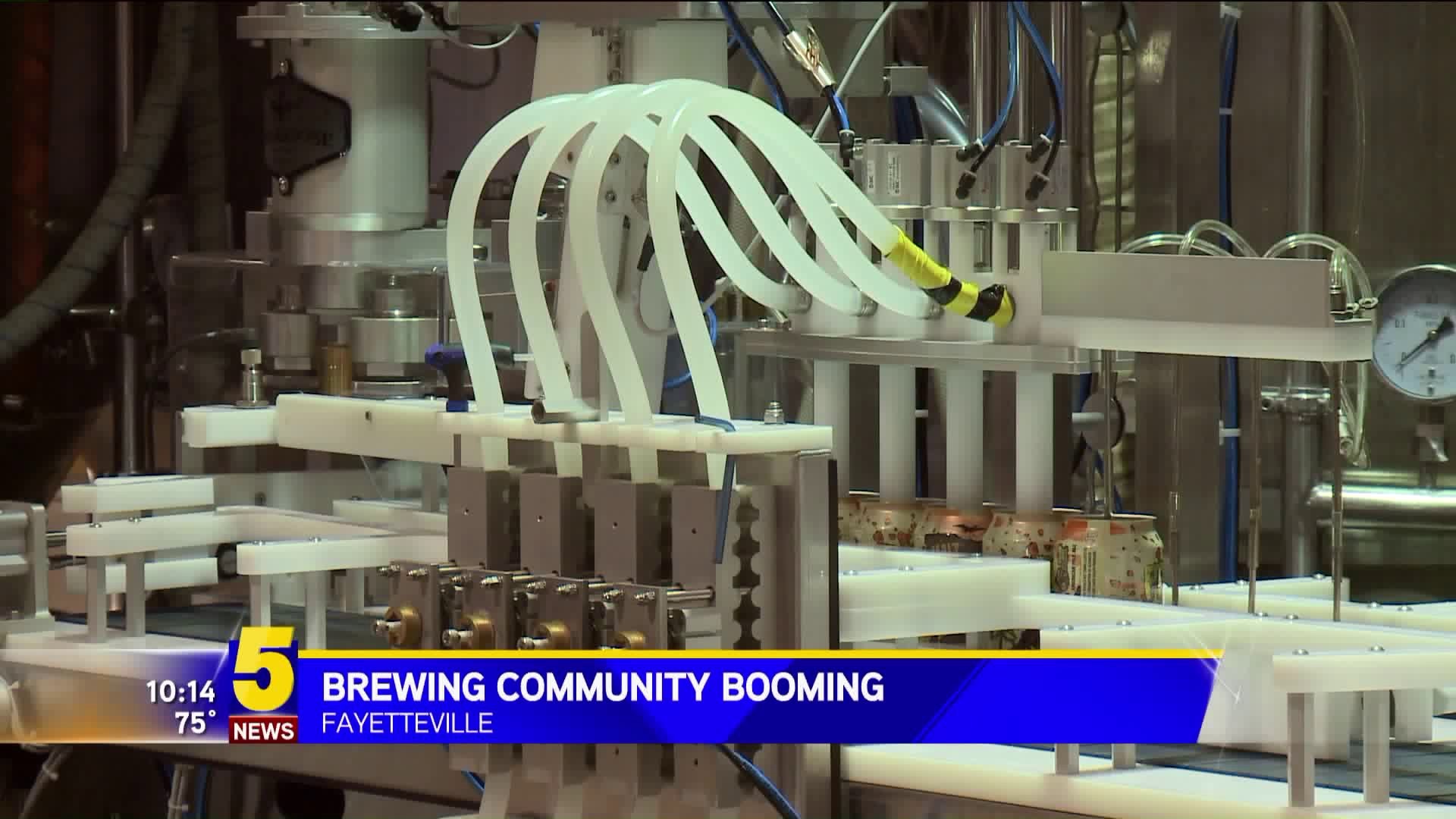 FAYETTEVILLE (KFSM) -- Over the past few years, the brewery community has grown in Northwest Arkansas.

One group has taken it upon themselves to teach people about the various brews being made in their own backyard.

Jason Kindall and Brian Duncan are the co-owners of Hogshead Tours in Fayetteville.

They purchased the business from the previous owners a few years ago and now take curious drinkers around to various local breweries in a 1970s green van.

“We’ve got top notch stuff here," Kindall said. "I spent a lot of time in California where a lot of this West Coast craft brewing started and all up into Oregon and we’ve got as good of beers here as they ever dreamed of and it’s right here.”

They said that when this community first started to call NWA home, it was slow.

“You know in the beginning whenever the breweries first started opening there weren’t as many people but you always saw the same people," Duncan said. "Now you walk into a brewery and there are just so many new people out there that are coming through and experiencing all the different stuff that they’ve got going on.”

A few of the breweries on their stops include Fossil Cove and Columbus House Brewery in Fayetteville.

Both businesses said they see a lot of out of state people stopping by to grab a pint of one of their local brews.

“The craft brewing scene in Northwest Arkansas alone has exploded since the last five years," Fossil Cove Brewer Jameson Lancos said. "Especially with the Fayetteville Ale Trail, we get so many people from out of state who are just looking to come down and check out Arkansas’ craft beer scene and see what we’re trying to do for our community and for the locals.”

Kindall said they see all sorts of people wanting to take a ride in their van.

It isn't just tourists that have shown an interest in these breweries.

Sam Morgan, the vice president of Columbus House Brewery said they see a lot of locals who all love one thing.

So much so that they even had a family enjoying time together and playing a game of UNO in their business.

Morgan works behind the bar and said many of the people who come for a drink just want to talk.

"I mean that’s what people want to do," Morgan said. "Talk, talk over beer and just chat. I feel like you don’t get that at some other places. You know you just go, you order a drink and that’s it.”

Some like Kindall said this community is more than just a place to grab a drink.

“I think it’s done a lot to bring the community together to be honest," Kindall said. "That sounds funny when you’re talking about a beer joint but the fact that there is a lot of passion that goes into these beers. I mean these guys, they’re doing this because they’re passionate about it because it’s a risky business to start up. It has to be. The equipment’s expensive but they’re doing it because they love the craft and they love their community.”

He said he does not think the brewery community has stopped growing.

Kindall said all of the breweries are not territorial and actually work together on several occasions.

"I think as long as that atmosphere is going on then that kind of parallels our culture here, I think there is room to grow,” Kindall said.