FORT SMITH (KFSM) — A couple who once ate at Olive Garden nearly every day for seven weeks, is now planning to name their daughter Olivia Garton. Justin a... 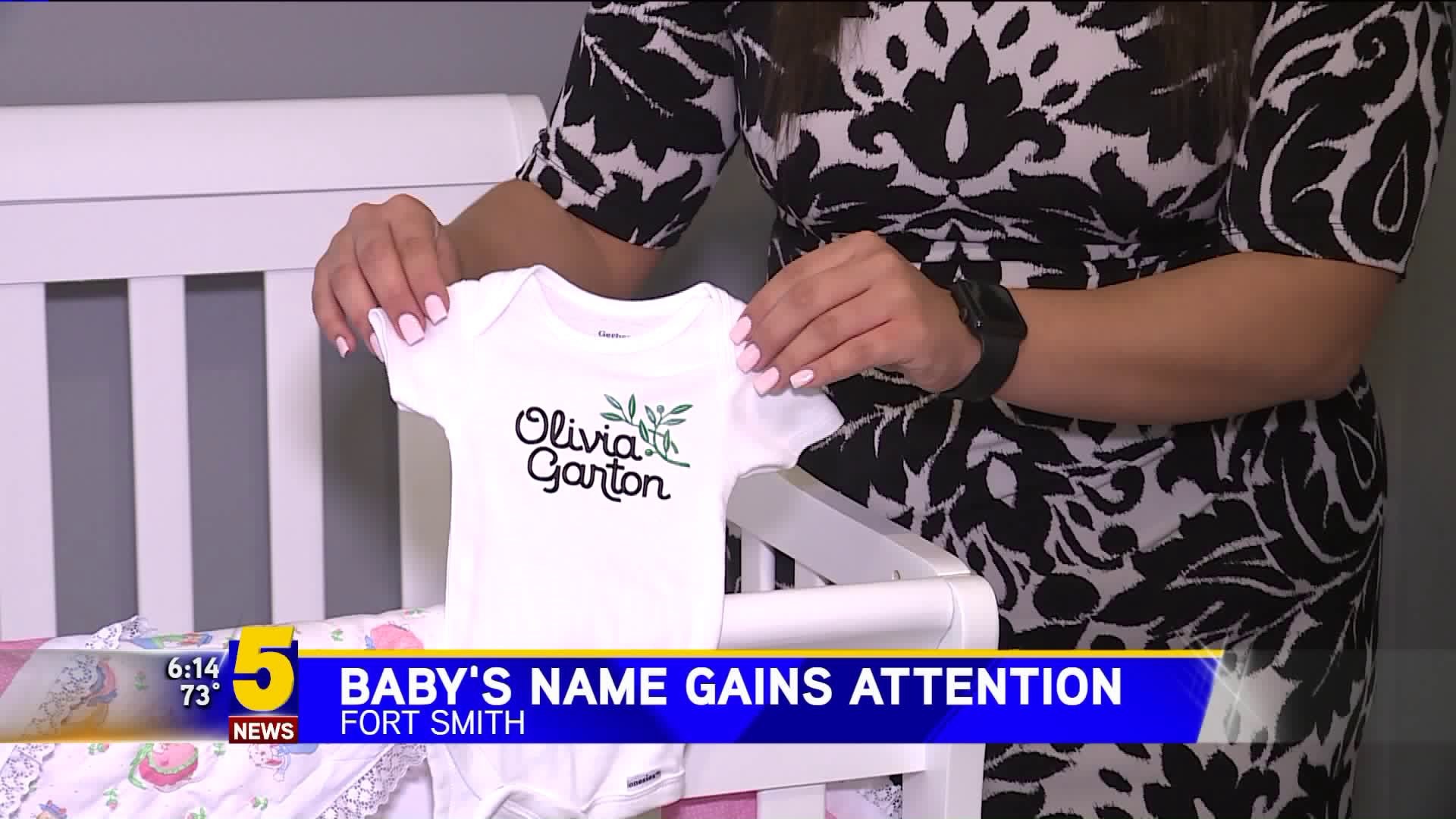 FORT SMITH (KFSM) -- A couple who once ate at Olive Garden nearly every day for seven weeks, is now planning to name their daughter Olivia Garton.

Justin and Jordan Garton said they visit the restaurant frequently and after hitting a rough patch financially, the two bought a 'Never Ending Pasta Pass' to help save on groceries.

"We didn't have enough money for groceries and we knew that the investment in the hundred dollar Pasta Pass would save us money," Jordan Garton said," It actually saved us $250 in groceries."

The name Olivia was chosen to celebrate the baby girl's Italian heritage, but the joke of naming her after Olive Garden has been ongoing in the Garton family for quite awhile.

After the baby's name was chosen, friends of the Gartons surprised them with a onesie resembling the Olive Garden logo.

In an exclusive on-camera interview with 5NEWS, the Gartons said they actually didn't name their daughter after the restaurant.

Olive Garden did get word about Olivia's name and told the parents that the popular food chain would have a special surprise in store for the new baby.

"To hear from Olive Garden, they've reached out to us and they've even said they're going to give Olivia an early birthday present," Justin Garton said. "We're excited about that."

With the baby's due date a little more than a week away, it won't be long before Olivia Garton can have her first experience at Olive Garden.

"She'll definitely be wearing this onesie," Jordan Garton said. "We'll probably be there several times before she can even eat solid foods."

The baby's full name will be Olivia Michelle Garton, making her initial O.M.G., another thing her parents plan to have fun with.

The due date for baby Olivia is Wednesday, Dec. 6.