A local author is hitting a milestone this week! The 150th book by award-winning novelist Dusty Richards will be released on Friday, Jan. 22nd. Richards, who li... 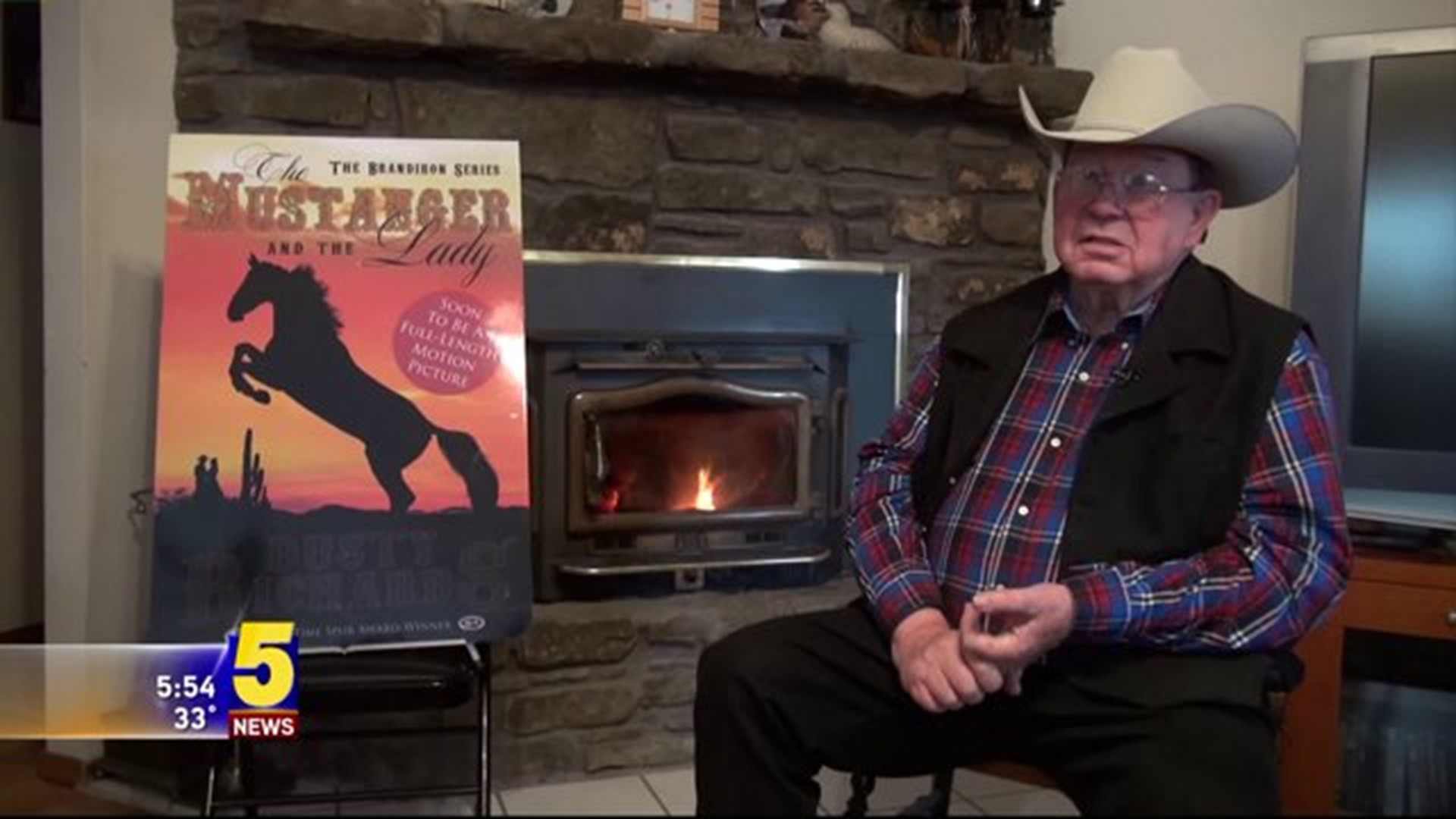 A local author is hitting a milestone this week! The 150th book by award-winning novelist Dusty Richards will be released on Friday, Jan. 22nd.

Richards, who lives in Springdale, has had an incredible career as a western novelist. In fact, he’s one of the best-selling authors of that genre – winning a multitude of prestigious awards like the Cowboy Hall of Fame’s ‘Best Book of the Year.’ Richards also has two of the coveted Spur Awards, which he said is equivalent to an Academy Award.

“It was about a book I made up,” Richards exclaimed. ”T.J. Brown was the author. It was about Texas rangers and meeting the girl, and saving the town, you know. It had a lot of fighting and shooting.”

It wasn’t long before Richards had somewhat of a writing business.

“You had to have book reports turned in, but boys wouldn’t read books. I’d get a dollar, when 50 cents an hour was a lot of money,” he said.

Richards charges more than just a dollar, these days, and he’s come a long way since writing all those book reports.

“I’ve got major book contracts that go on for the next three years,” he said.

Friday’s book release is a big day for Richards. He said he spent years writing the book, titled “The Mustanger and the Lady.” And it was this story that caught the attention of independent filmmakers.

“I was talking to a lady who works on scripts. I told her I write a lot of books, and if she ever found somebody who needed a western movie, give me a holler. Next thing I knew, she had people talking to me,” Richards said.

Filming begins later this year. All the while, Richards has no plans of slowing down.

“We're having a fun time with it, and were going to keep writing as long as our fingers are willing to run a computer,” he said.

Starting Friday, the novel can be purchased through all major book retailers. Then, next Saturday, Jan. 30th, Richards is hosting a book signing at the Barnes and Noble in Fayetteville from 1 to 4.

For more on Dusty Richards and his new book, visit his website and checkout his Facebook page.