LITTLE ROCK (KATV) — Little Rock police have completed an investigation of a deadly officer-involved shooting last month and released video of the killing to th... 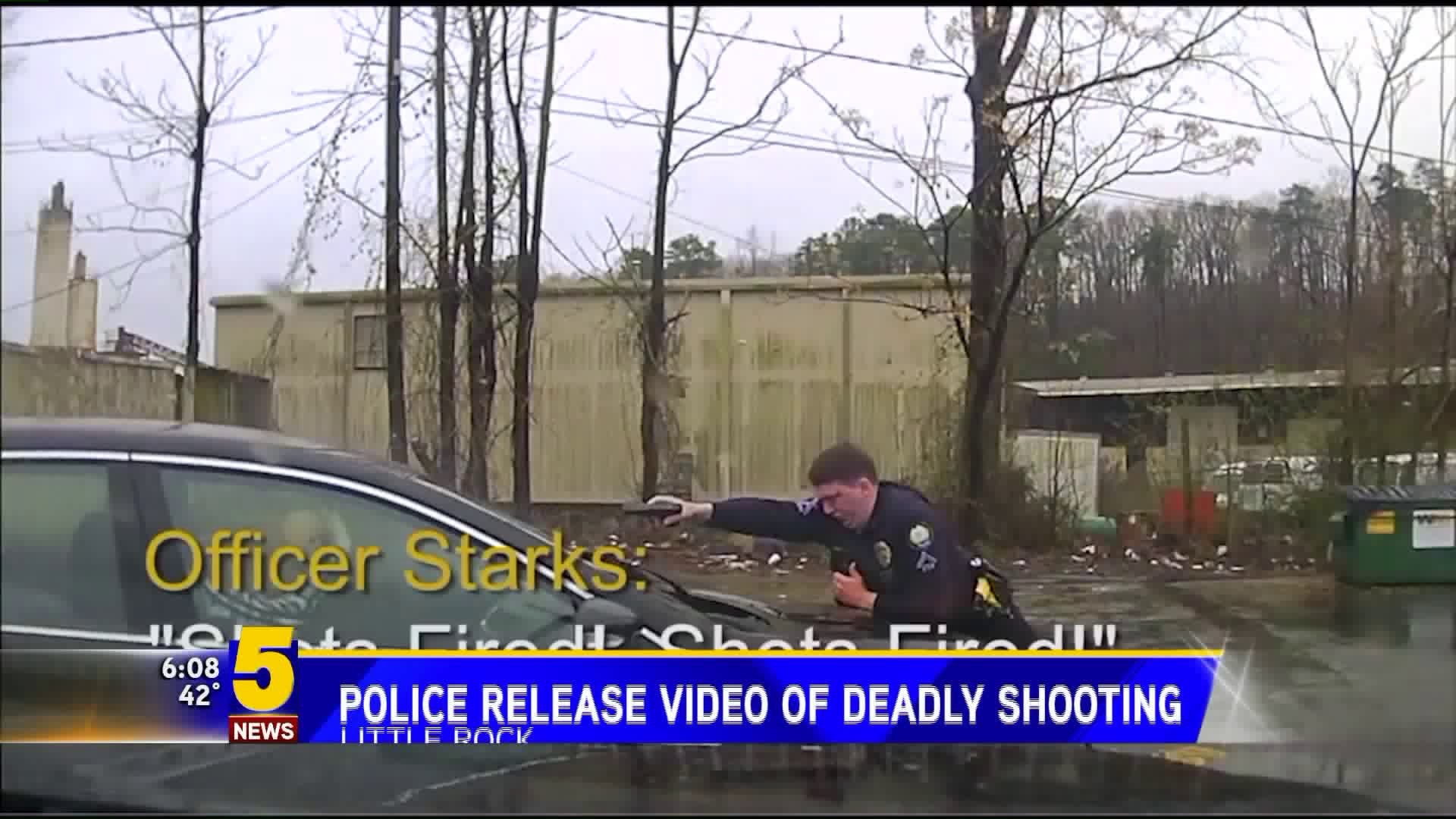 LITTLE ROCK (KATV) — Little Rock police have completed an investigation of a deadly officer-involved shooting last month and released video of the killing to the public.

Officer Charles Starks fatally shot Bradley Blackshire, 30, during a traffic stop Feb. 22 at West 12th Street and Rodney Parham. Police said Blackshire was driving a vehicle that had been reported stolen. According to initial police accounts, the vehicle was stopped when the Blackshire accelerated and hit Starks. Starks then opened fire.

Above: A video of a deadly officer-involved shooting released by Little Rock police.

Mayor Frank Scott Jr., speaking at a news conference Thursday alongside Interim Police Chief Wayne Bewley, said that administrative and criminal investigations had been completed by the department and that findings had been submitted to prosecutors for review. Scott also said the FBI was looking into the killing on behalf of the U.S. Department of Justice.

Scott said that earlier this week Blackshire's family viewed footage of the killing recorded by an officer's dashboard camera.

An attorney for Blackshire's family has disputed the police account of the killing. Omavi Shukur said the car was slowly rolling forward when Starks stepped in front of the vehicle and shot Blackshire multiple times. Shukur said Blackshire did not accelerate.

Shukur also said there's no evidence indicating Blackshire knew the vehicle had been reported stolen. He has called on Arkansas State Police to conduct an independent investigation of the killing.

Starks has been relieved of duty while police investigate the shooting. He is still employed by the department but has been stripped of his weapon and credentials. An investigation is ongoing.

Police records show Starks was suspended from the department for nearly a month in 2016. He was involved in two crashes the previous year and had one citizen complaint filed against him.