Lincoln Woman Gets Probation For Escaping Hospital After DWI Arrest

FAYETTEVILLE, Ark. (KFSM) — A Lincoln woman was given one year of probation after she escaped from a sheriff’s deputy at a hospital following her dr... 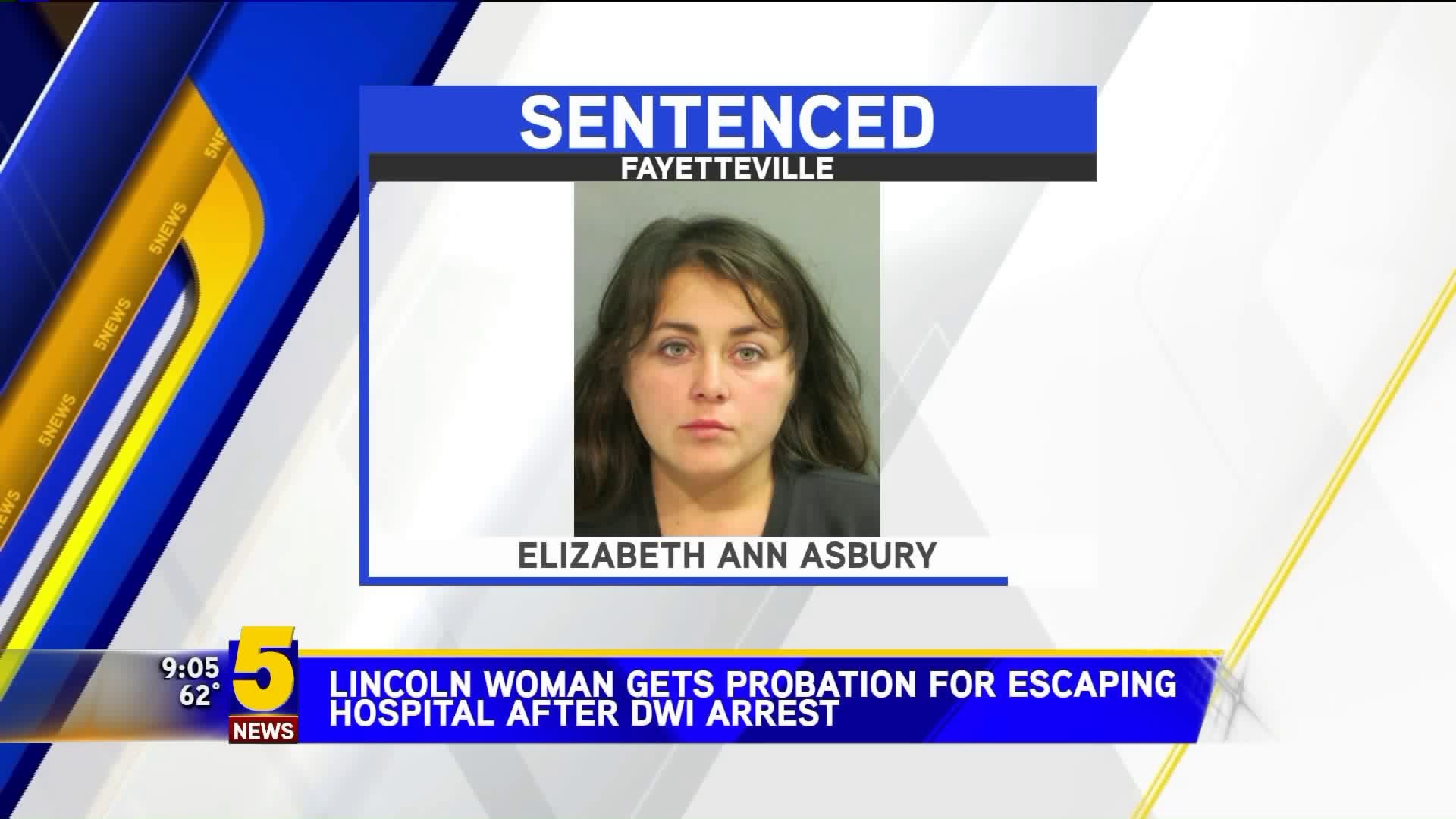 FAYETTEVILLE, Ark. (KFSM) -- A Lincoln woman was given one year of probation after she escaped from a sheriff's deputy at a hospital following her drunk driving arrest.

As part of her probation, Judge Mark Lindsay ordered Asbury to complete 30 days of community service, enroll in substance abuse treatment and remain on good behavior.

Lindsay also must pay more than $1,000 in fines and court fees.

Asbury was arrested last December after a caller reported a wreck near Sugar Hill Road and Sugar Hill Cutoff, according to a probable cause affidavit.

A Lincoln police officer and Washington County sheriff’s deputy found Asbury at the intersection, where she was swaying and smelled of alcohol.

Asbury, who said she hadn't been drinking, requested a medical evaluation while en route to the Washington County Detention Center, so the deputy drove her to Washington Regional Medical Center.

While filling out paperwork, Asbury left her room and went undetected by nursing staff into Her Health Clinic, which is attached to the hospital, according to the report.

From there, Asbury left the building and walked down Gregg Avenue. The deputy alerted Fayetteville police, but Asbury had taken off down a trail.

Fayetteville police found her and were able to take her into custody despite her resistance.