Lincoln School Bus Involved In Accident Near Highway 156 In Evansville, No Injuries Reported

WASHINGTON COUNTY (KFSM) — A Lincoln school bus with students on board was involved in an accident near State Highway 159 in Evansville in southwest Washington ... 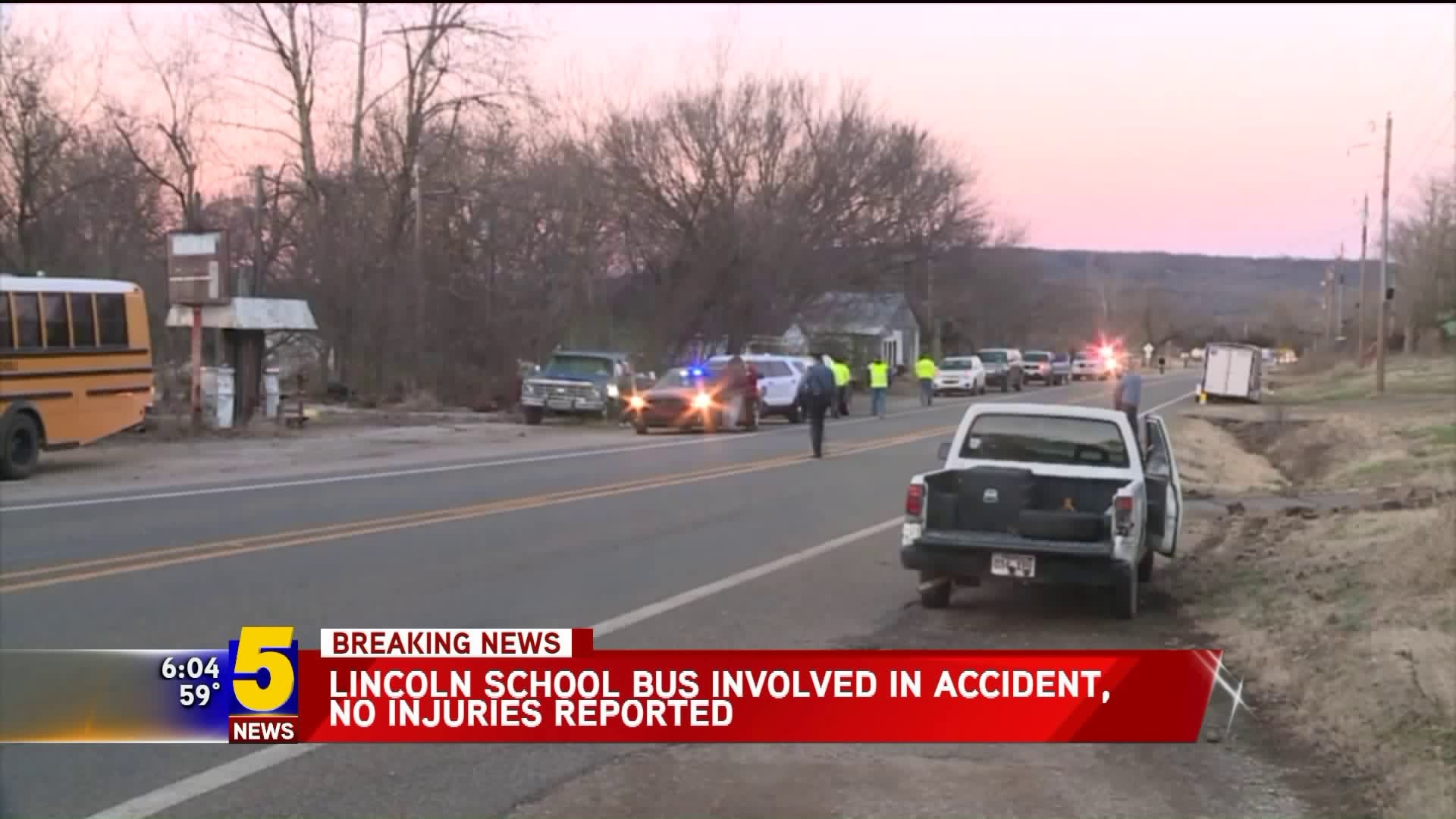 WASHINGTON COUNTY (KFSM) — A Lincoln school bus with students on board was involved in an accident near State Highway 159 in Evansville in southwest Washington County on Tuesday (Jan. 8).

19 students were on the bus, none of them were injured in the crash, according to the Arkansas Department of Transportation (ArDOT).

Arkansas State Police told 5NEWS three vehicles were involved in the wreck. The school bus, a pickup truck and an SUV pulling a trailer.

Police say the bus was driving south, and the two cars were driving north, but they are still investigating what happened.

Lincoln Elementary Principal Jill Jackson was the first one from the Lincoln school district on the scene of the crash. She told 5NEWS what police told her about what caused the wreck.

"(The bus) stopped to let a student off, and a truck stopped because the lights were on. And another vehicle pulling a trailer came down the mountain, going pretty fast, and they could not get stopped and hit the truck that was already stopped causing it to go into one of our buses," Jackson said.

Jackson told 5NEWS another school bus drove to Evansville to pick up the students on the bus. She says all students were able to make it home by 5 p.m.

There's no indication of the bus driver being impaired.