LINCOLN (KFSM) — The Lincoln City Council held a special meeting Monday (Oct. 29) to discuss what led to the firing of police chief Brian Key on Saturday ... 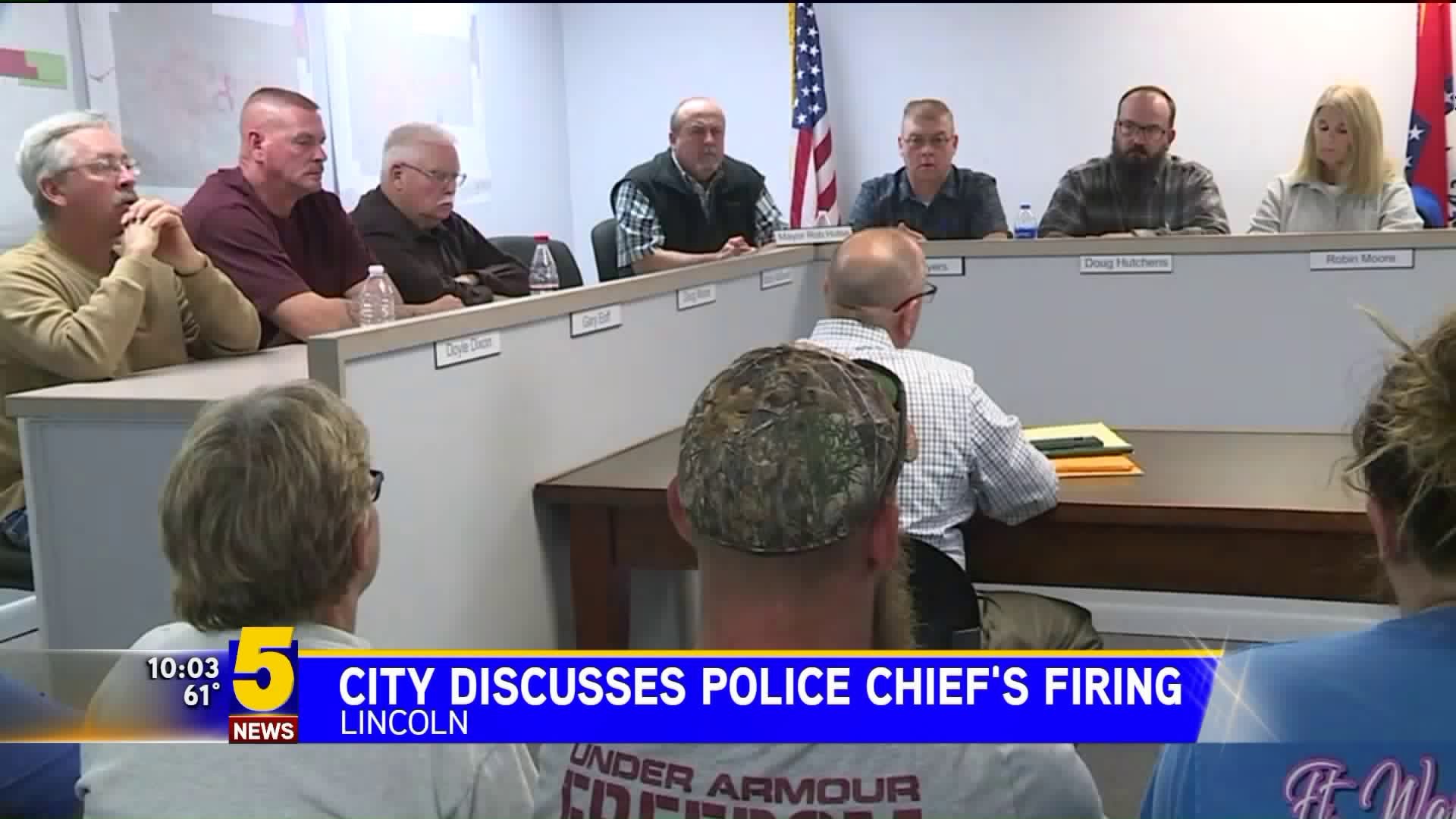 Zega stated earlier this month, Arkansas State Police detectives showed up to the Lincoln Police Department to investigate the department's evidence locker. At the time, Zega said neither he nor Mayor Rob Hulse knew the circumstances of their investigation.

According to Zega, a tip from someone he knew who worked for the city detailed allegations against Key that Zega thought sounded serious, prompting him to consult with ASP about its investigation.  Zega said what he was told during that meeting resulted in him advising Hulse to place Key on paid administrative leave so the city could conduct its own internal investigation.

Hulse, who was on a trip in Virginia at the time, reached out to Key and informed him that he was being placed on leave and asked him to turn in his department-issued firearm, his badge and keys to his work vehicle.

During that time, Zega said he met with Washington County Prosecuting Attorney Matt Durrett, who had knowledge of the allegations against Key but didn't sound likely to press charges. The next day, however, Zega said was presented with evidence of alleged actions taken by Key, which he said were serious enough to take further action, and could still result in charges by Durrett.

Hulse said he returned to Arkansas Friday (Oct. 26) and had set up a meeting with both Zega and Key for Saturday morning (Oct. 27), during which Hulse made the decision to terminate Key's employment with the city.

"It was tough," Hulse said of Key's firing. "It was tough on me and it was tough on our assistant chief. He had worked with him for 15-plus years, as well as knew him as a friend and a co-worker."

Russell Morphis, assistant police chief, has been named interim chief until a replacement is hired. The department has since posted the job opening.

Hulse said he will continue to stand behind the work of his officers, knowing the hard work they're continuing to do despite the current situation.

"These guys are here to protect and serve the citizens of Lincoln, with the highest amount of integrity that we can ask for, and I appreciate what they do every day," Hulse said.

The internal investigation by the city of Lincoln has been suspended pending any action taken by Durrett.

Zega said Key can appeal to the city council but could cause him to reveal details of the investigation to defend his advice of terminating Key's employment.