Lightning Strike Causes Ozark Home To Go Up In Flames

OZARK, Ark. (KFSM) — A family was inside their home Sunday (June 23) night when lightning hit their house, starting a fire that almost burned their house to the... 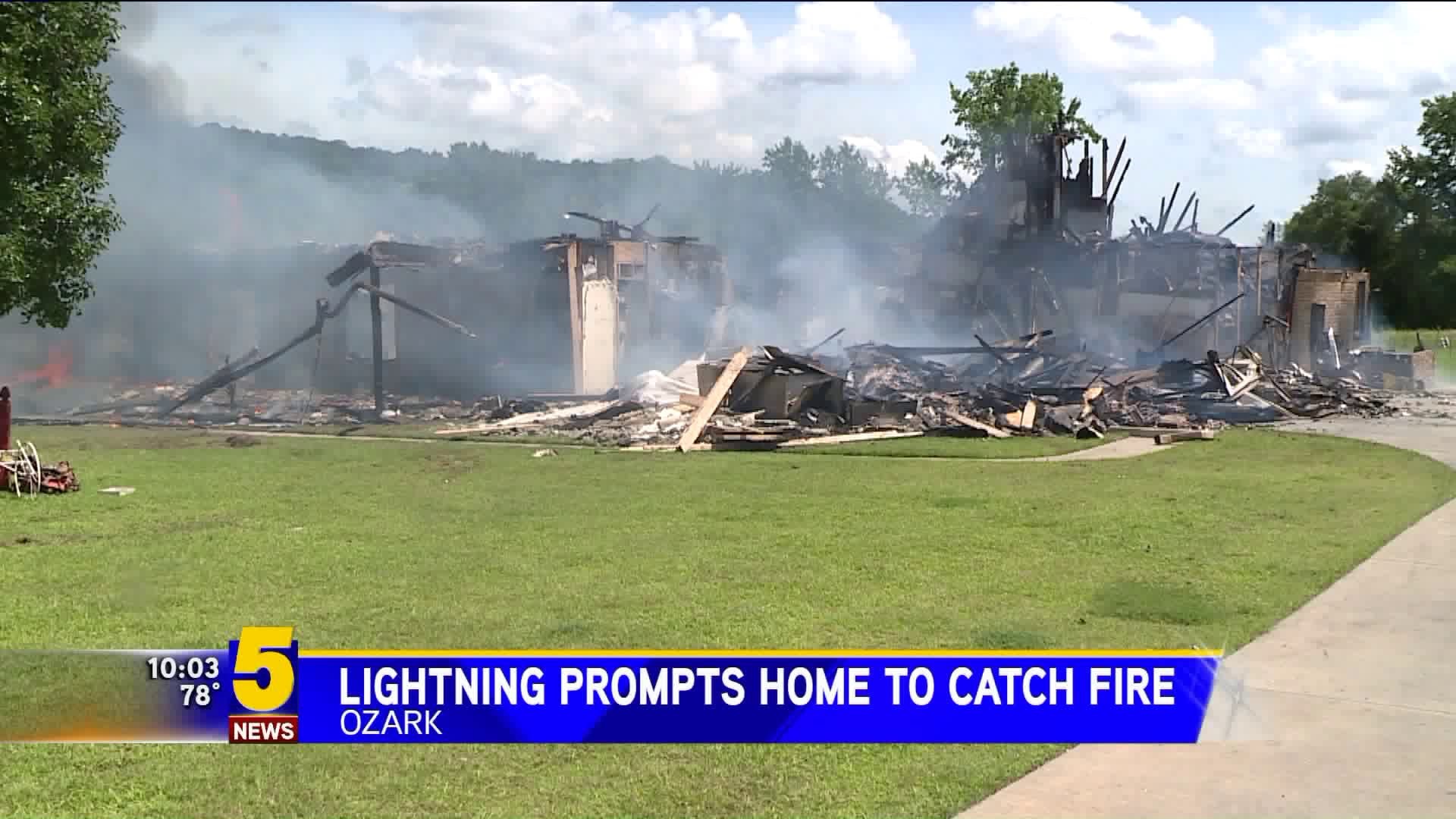 OZARK, Ark. (KFSM) — A family was inside their home Sunday (June 23) night when lightning hit their house, starting a fire that almost burned their house to the ground. Luckily, they were all able to safely make it out in time.

“I was sitting inside watching TV and heard a loud boom and a bright flash. I looked outside and saw smoke and realized their house was on fire,” Justin Millican.

Millican is a volunteer firefighter who lives nearby and ran over to make sure everyone was okay. He said the family was able to make it out along with their pets and some possessions.

“It had been raining, a bad thunderstorm and wind and rain and there was a lot of lightning," Millican said. "At that point, the lightning struck the house and there it just kind of engulfed."

Christina Hughes lives across the street and also heard the loud strike.

“We heard a really loud boom sound. It almost sounded like a bomb had went off. And we both got up and he came out here to check the car to make sure that it was alright and I walked out here and we seened that one of the transformers back here was on fire,” Hughes said.

Hughes said it's scary to see that lightning can cause such severe damage and said it's tragic to see this happen to her neighbors.

“The people were really good nice people that live there and to see them lose everything like this you know and have to start all over again," Hughes said. "They built that house from the ground up, so I feel bad that they are losing everything like that."

We know that the fire did start back up Monday (June 24) because of the wind and fire crews were out there working to put out the hot spots.