GRAVETTE (KFSM) — Strong winds once again wreaked havoc with a football stadium’s light pole, but this time, no one was injured. A metal light pole fell o... 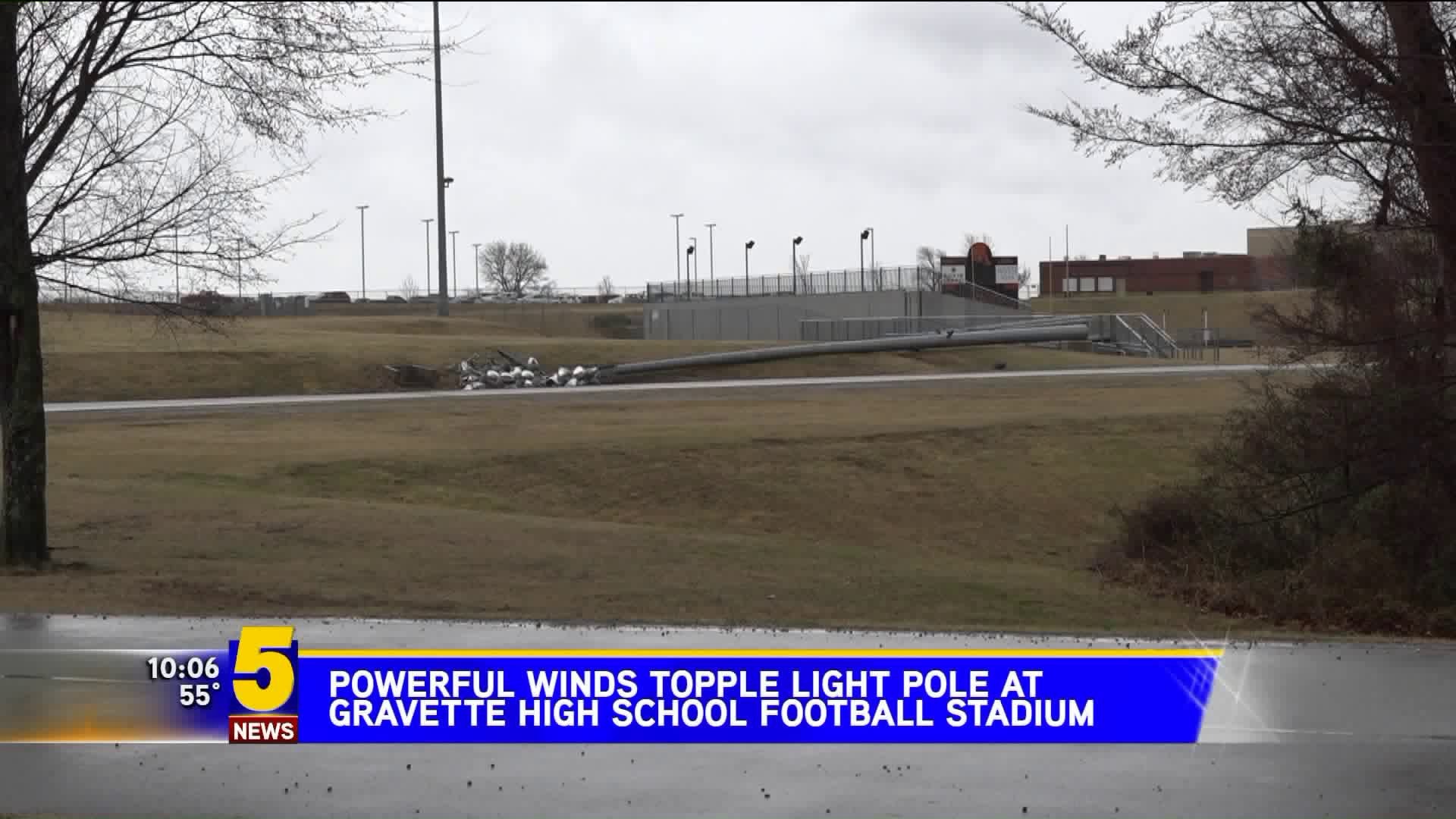 GRAVETTE (KFSM) — Strong winds once again wreaked havoc with a football stadium's light pole, but this time, no one was injured.

A metal light pole fell on the southwest corner of the stadium into an open grassy area, said Norman Mitchell, Gravette athletic director. No one was around when the pole fell, he said.

The stadium is shut down and locked up until it can properly be inspected, Mitchell said. Details of the inspection are being worked out, including who will conduct it and how long it will take.

Mitchell said they are trying to get in touch with the manufacturer of the lights.

The stadium has four such light poles, including the one that fell, Mitchell said. They were installed in 2006.

Mitchell said wind was a likely contributor to the incident.

The area is under a wind advisory today, with wind gusts up to 40-50mph expected, according to 5NEWS meteorologist Joe Pennington. Wind gusts in Gravette were "flirting with 50 mph" at the time the light pole fell, Pennington said.

The weather station at the Northwest Arkansas Regional Airport reported a gust of 47 mph at 9:27 a.m., Pennington said.

Mitchell said the Gravette track team typically practices at the stadium, but they are practicing at a different location.

This is the second light pole to fall at a stadium due to high winds this week.

A light pole fell at a soccer match in Clarksville on Saturday (March 9), injuring two people. Winds that day were upwards of 40 mph.

Lion Letterman (@LionLetterman) posted images of the downed pole in Gravette on Twitter.