ARKANSAS (KATV) — A bill that sets standards for mental health services for the deaf and hard of hearing in Arkansas was signed by Governor Asa Hutchinson on We... 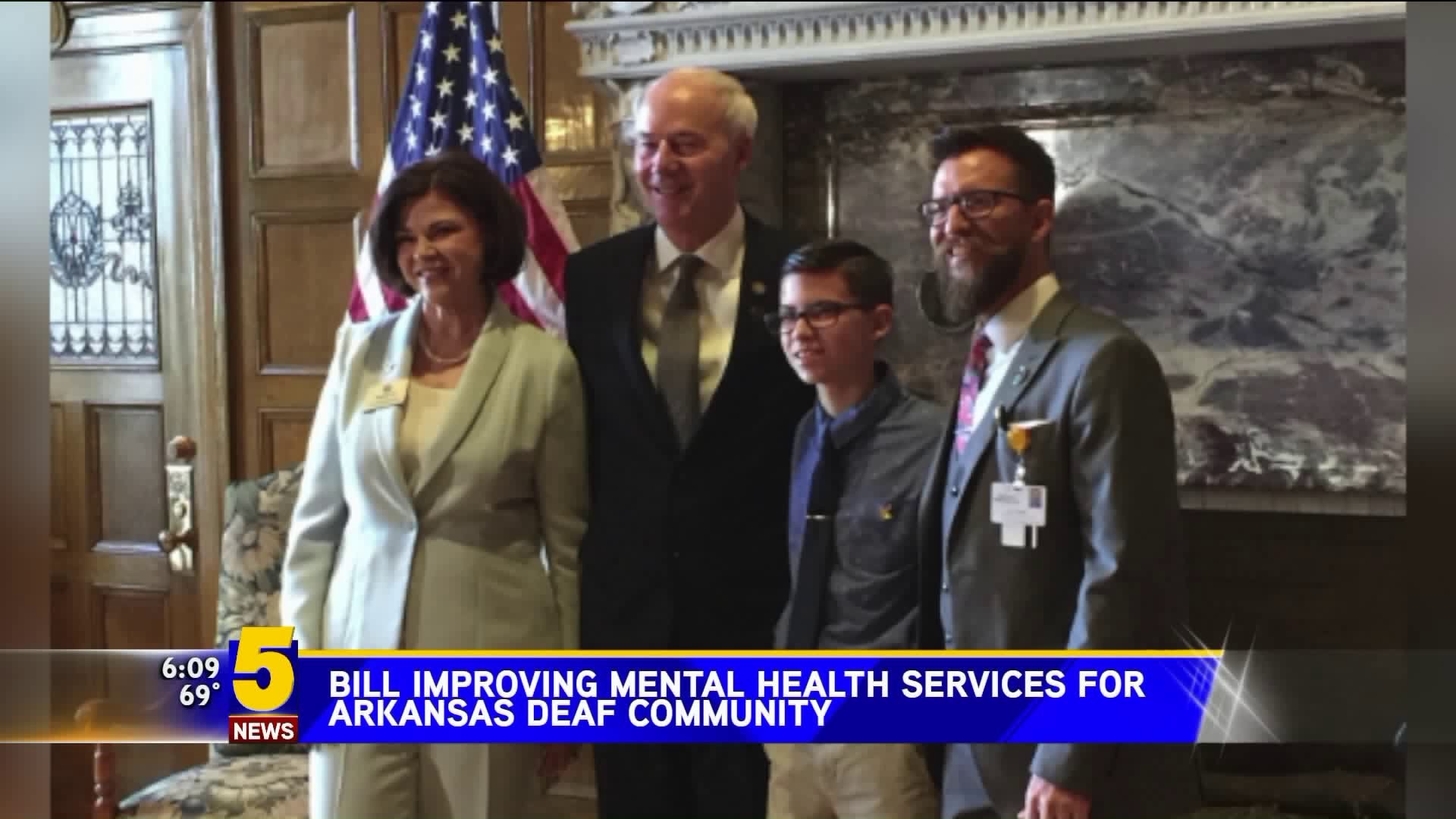 ARKANSAS (KATV) — A bill that sets standards for mental health services for the deaf and hard of hearing in Arkansas was signed by Governor Asa Hutchinson on Wednesday. The law puts the state ahead of the curve when it comes to making sure the state's deaf population is receiving adequate and appropriate services.

Currently, the state services provide for deaf and hard of hearing patients to be able to have an interpreter present during a therapy or mental health session. But there's increasing evidence that suggests interpreted therapy sessions aren't very effective and may sometimes do more harm than no counseling at all.

"That happens with deaf people over and over - being misunderstood, being misinterpreted - and it's especially difficult in the area of mental health," said State Representative Charlene Fite (R-Van Buren).

Research suggests that while five million deaf Americans will require mental health services every year, only two-percent are actually receiving appropriate care from mental health providers that are able to use sign language. It's estimated that there are more than 64,000 people that identify as deaf or hard of hearing that live in Arkansas.

"Deaf people are much more likely to experience trauma in their lives. They have multiple problems with communication, with accessing the services that they need, and this bill of rights ensures that they get linguistically and culturally appropriate services that can help lead happy and productive lives in our society," said Fite.

Arkansas is the first in the nation to enact a mental health bill of rights for the deaf, at least without having to be taken to court first. At least 13 states across the country now have similar laws on the books after they faced lawsuits over the lack of access to appropriate mental health services for the deaf and hard of hearing.

The bill, now Act 644, will establish a Deaf Services Coordinator position to help monitor access to mental healthcare across the state, in addition to an advisory committee to make recommendations and provide advice on issues facing the deaf community. The law will also provide for the creation of a certification process for mental health professionals to provide culturally affirmative and linguistically appropriate mental health services.

"Knowing that there's so much work and advancement for mental health issues just in the general population, but none for the deaf community, it's really saddening," said Shannon Varner, a senior at the Arkansas School for the Deaf.

Over the past year, Varner has been learning how to mentor incoming students at ASD. Aware of the disparity in access to mental healthcare for the hard of hearing, Varner testified on behalf of the bill when it was in committee. It's a cause she plans to continue working on post graduation from high school.

"I do want to become a psychologist in the future and I do want to work with the deaf community as well," said Varner.

The legislation had no emergency clause, so the law won't technically go into effect until 90 days after the legislative session ends.