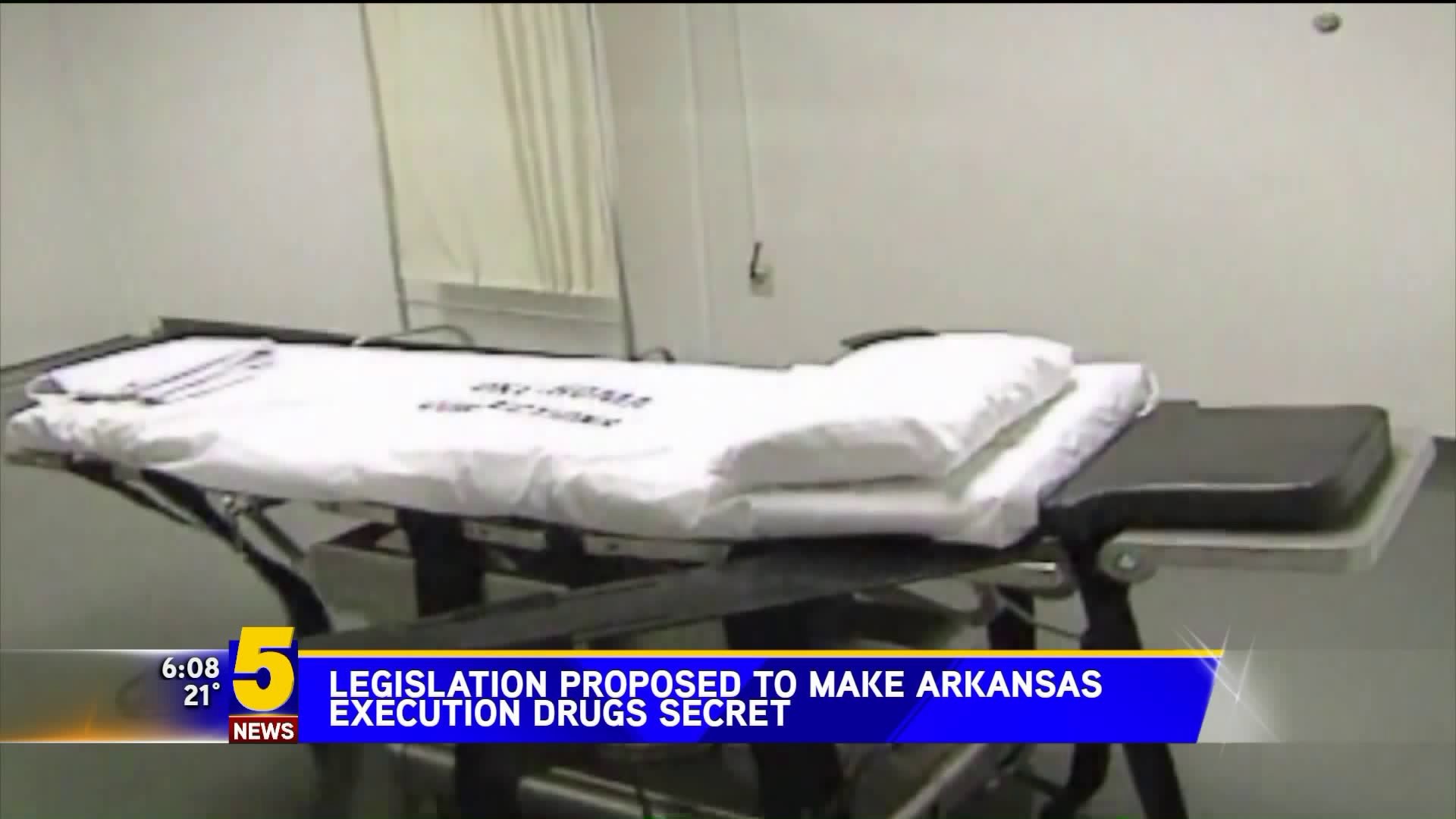 LITTLE ROCK, Ark. (AP) — An Arkansas lawmaker on Monday proposed expanding the state's secrecy surrounding its lethal injection drugs, a move that death penalty opponents and press advocates said would give officials broad powers to keep information about executions from the public.

The proposal expands a 2015 law that keeps confidential the supply of Arkansas' execution drugs. Arkansas doesn't have any executions scheduled, and the state's supply of the three lethal injection drugs it uses has expired. Prison officials have said they won't search for new drugs until state law is changed to keep the manufacturers of its drugs a secret.

"This bill will protect those who want to help us uphold the law and help protect the people of Arkansas," said Republican Sen. Bart Hester, the bill's sponsor.

The measure is in response to state Supreme Court rulings in late 2017 and last year that the state must release the package insert and labels for its execution drugs. Justices said the 2015 law did not specifically prevent the drugmakers from being identified.

Arkansas was sued in 2017 after it refused to release the labels and inserts. The Associated Press has previously used the labels — with the manufacturer's name blacked out — to identify drugmakers whose products would be used in executions. The state Supreme Court has allowed the state to redact other information from the labels, such as the lot and batch numbers of the drug.

Attorney General Leslie Rutledge's office said she worked with the governor and Hester on the bill "to ensure that lawful jury sentences are carried out for the heinous acts committed by those individuals awaiting justice." A spokesman said Gov. Asa Hutchinson, who has called for expanding the secrecy to include manufacturers, supports the bill.

States have increasingly kept secret information about their execution drug supplies. Robert Dunham, executive director of the Death Penalty Information Center, said the bill's secrecy and its criminal penalties would make it the most extreme in the country. Jeff Rosenzweig, an attorney representing death row inmates in a federal lawsuit challenging Arkansas' execution protocol, said expanding the drug secrecy prevents the public from knowing whether the state is carrying out executions in a constitutional manner.

"Unless you know what they are and where they're from and the track record, you're hamstrung on the question of are you going to be able to prevent torture," Rosenzweig said.

"In its current form, this bill keeps almost everything about this solemn government function shielded from public scrutiny," Wimberley said in a statement. "In addition, that it makes even an accidental disclosure of information a felony has a chilling impact on free speech and whistleblower rights."