POTEAU, Okla. (KFSM) —Clean up continues from this week’s storms that wreaked havoc on towns across eastern Oklahoma. It was more than just the rain and w... 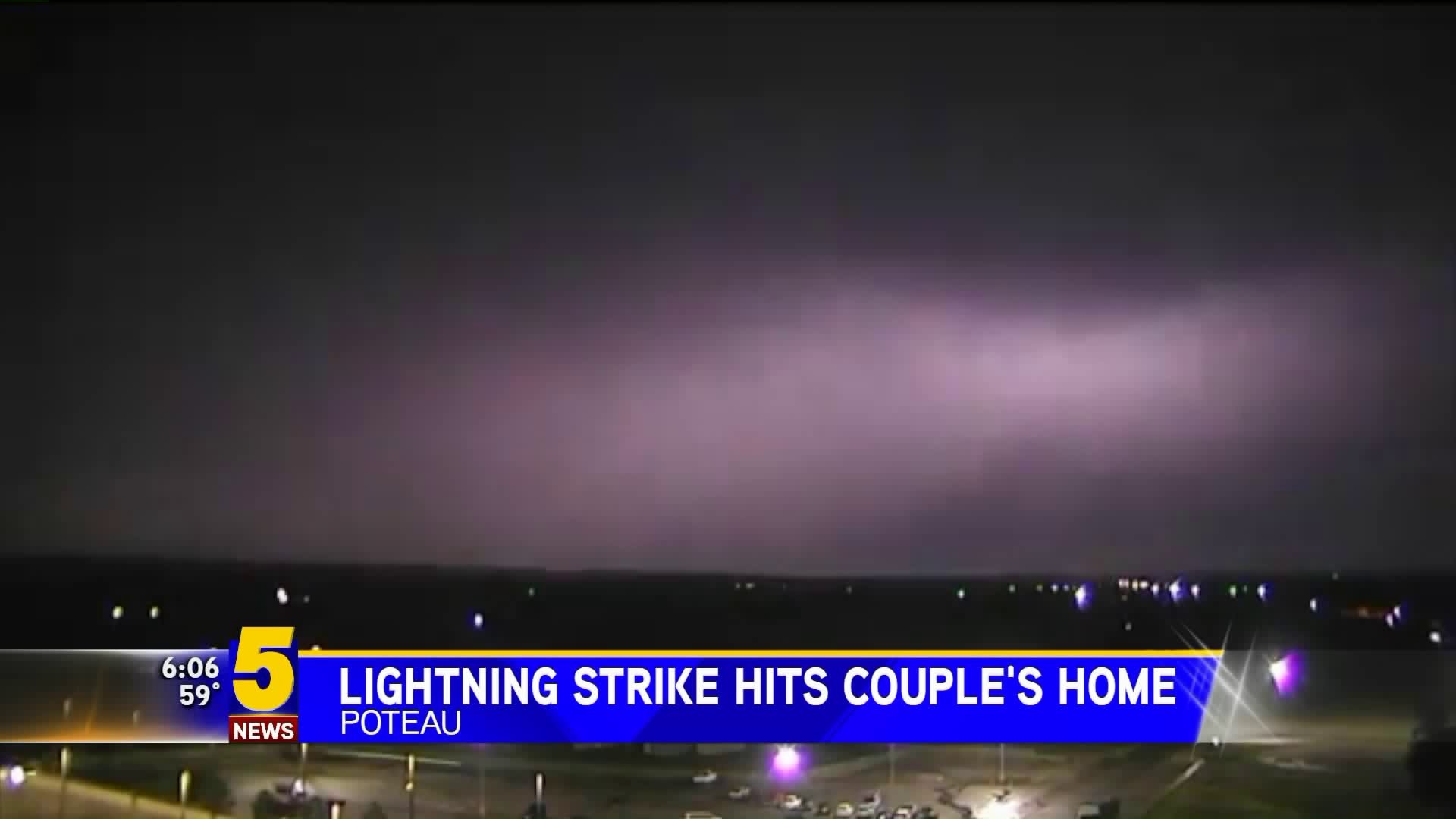 POTEAU, Okla. (KFSM) —Clean up continues from this week's storms that wreaked havoc on towns across eastern Oklahoma. It was more than just the rain and wind that caused a mess, a Poteau couple had a close call with a lightning strike that hit their home.

The Baker's say their home was hit by lighting. It woke them up, and there's only a small piece of the siding on their home that melted. But, the damage from the strike traveled through their house, nearly causing a fire.

It wasn't until the next day that they realized how close they came to their home catching fire.  An outlet was melted and their carpet stained black from a melted internet modem.

As rain continues the Baker's told 5NEWS they're keeping a close eye on what could happen.

"They say lightning never strikes twice at the same place. I don't know if that is an old wise tale, but we sure hope that there is some truth to the saying," Amy Baker said.

The LeFlore County emergency managers are asking anyone with storm damage from the Tuesday, April 30 storm to report the damage to damage.ok.gov. They're compiling a list to see what all damage hit the area.

There is video from a 5NEWS I-Cam in Poteau from that night's storm.

Check out this lightning display over LeFlore County! This is from Pocola looking southwest towards Poteau. #lightning