BENTON COUNTY (KFSM) — The estate of a woman who was killed in crash involving a J.B. Hunt tractor-trailer filed a lawsuit against the transportation gian... 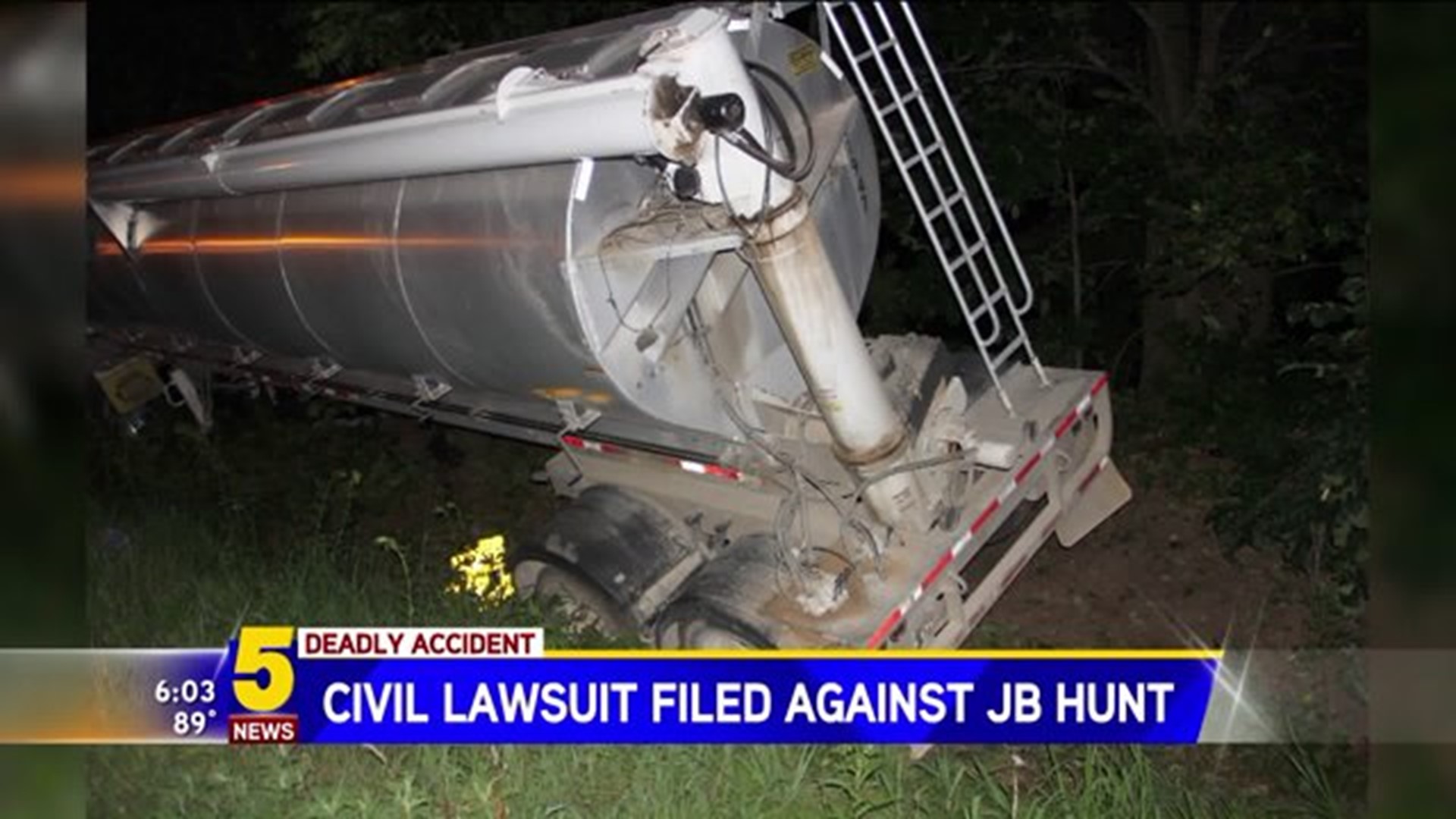 BENTON COUNTY (KFSM) -- The estate of a woman who was killed in crash involving a J.B. Hunt tractor-trailer filed a lawsuit against the transportation giant Monday (Oct. 12).

Crystal Johnson, 34, of Gravette died July 16 when the tractor-trailer drove into the back of her Honda Accord on Arkansas Highway 72 causing the car to spin off the road and overturn, according to the lawsuit. Johnson was ejected from the vehicle and was crushed by the roof of her car, the lawsuit states.

Joe Maldonado, 39, the driver of the tractor-trailer, was also killed when the semi went off the road, jack-knifed and struck trees, according to a police crash report.

The lawsuit claims J.B. Hunt was negligent in its hiring, training, supervision and retention.

According to a data recorder in the tractor-trailer, Maldonado crossed the center line five times in a matter of minutes before driving up on Johnson near Big Springs Road, the lawsuit states. Johnson slowed down, signaling she was making a left-hand turn when Maldonado hit the rear passenger side of the Honda, according to the lawsuit. Johnson's car spun through the westbound lane, off the road, into a dirt embankment and came to rest on its roof, the lawsuit states.

Johnson was pronounced dead at the scene, according to the lawsuit.

The lawsuit states "Maldonado was known to be a dangerous driver by his peers, dispatchers and instructors." It cites testimony provided on Sept. 3 by a former J.B. Hunt employee who said he had heard Maldonado's trainer tell a dispatcher that Maldonado is going to kill somebody, but the dispatcher shut the trainer down. The employee was terminated by J.B. Hunt days after giving the statement, according to the lawsuit.

The lawsuit is seeking undisclosed damages and demands a jury trial, the lawsuit states.

Attorney Christy Comstock is representing J.B. Hunt in the case and said she can't comment on the lawsuit.