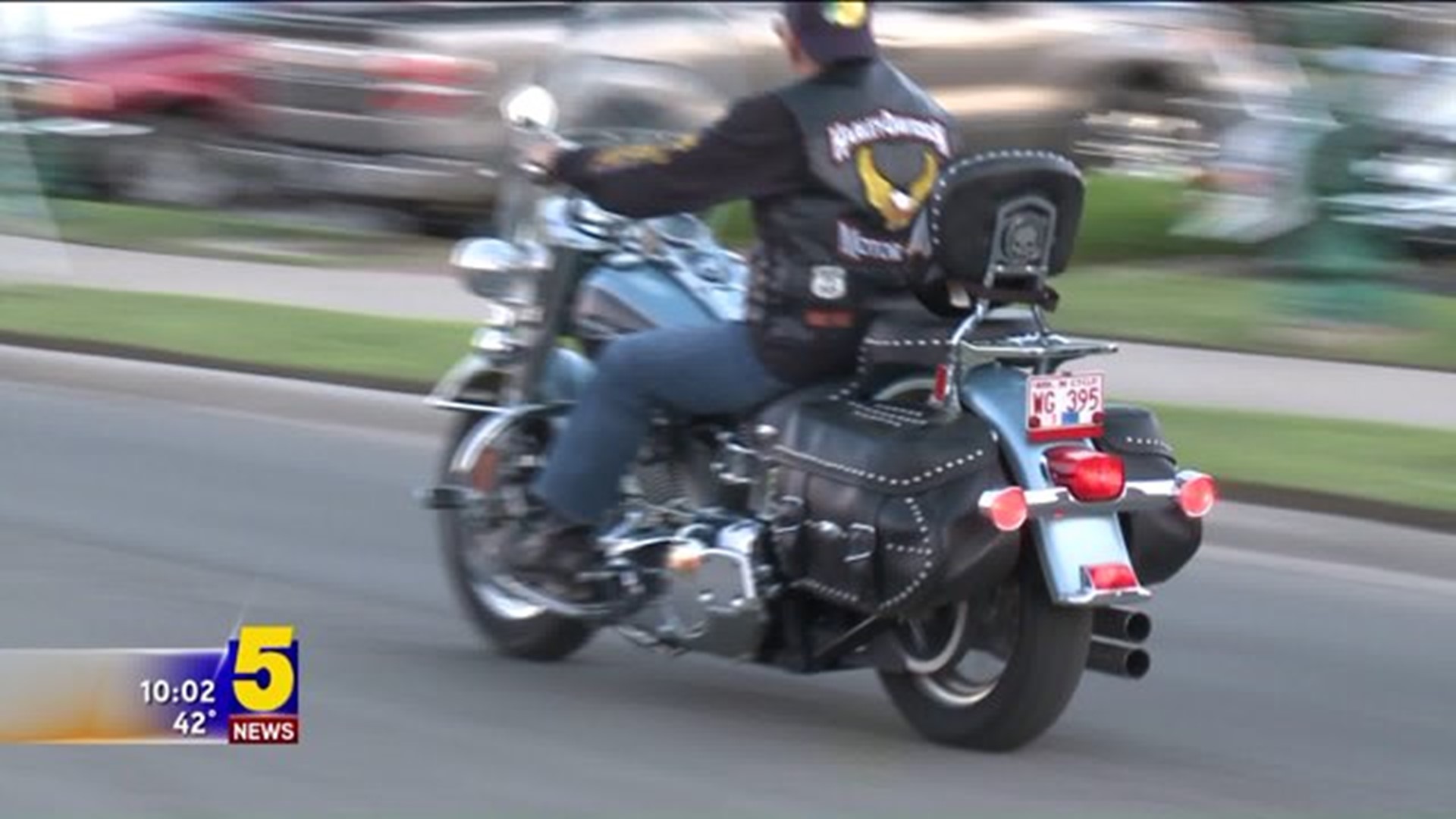 The federal lawsuit alleges a failure to regulate loud motorcycles attending the Steel Horse Rally and Bikes, Blues and BBQ.

Rickey Holtsclaw, of Uniontown, said his intention is not to put an end to the rallies, but to have them better regulated.

Holtsclaw claimed law enforcement in both cities are not abiding by the law when it comes to excessive noise, and the type of muffler being used on some motorcycles at the rallies.

He claimed 70 to 80 percent of the motorcycles at the Steel Horse Rally and Bikes, Blues & BBQ are illegally equipped, and said the noise is above the legal limit.

“These riders are either drilling holes or cutting the baffling out of those mufflers, or they're taking the muffler, removing it, and purchasing a muffler that is labeled for racing, or closed course only,” Holtsclaw said, “They're affixing it to that motorcycle and they break the law when they go out to a public roadway and operate it.”

"If anybody looks at the law, we have a permit," Snow said. "And when you have a permit to do an annual event, noise ordinances don't apply. So it's [the lawsuit] totally frivolous."

Bikes, Blues & BBQ spokesman Joe Giles said he works with police and the mayor and obtains a permit as well, but said it applies more to the music played at the event, and not specifically noise from motorcycles.

He said most people attending are following the law when it comes to mufflers.

“The vast majority of motorcycles run stop pipes or run after-market pipes that are well within the legal limits of what can be,” he said. “There are those, like in every other facet of the world, who find a way to foul things up. But the most of our attendees are not among that faction.”

Holtsclaw, a former Houston police officer of more than 30 years, claimed police are not enforcing state and federal muffler laws, regardless of what city ordinances may say about noise.

He said 38 came from  Arkansas State Police, and one from the Van Buren Police Department.

"Our police are in a state of lethargy. They're apathetic. They're complacent. They do not want to get out of their patrol car unless they have to," Holtsclaw said.

Holtsclaw said his goal is not to cancel the rallies, but to have more enforcement of the law.