SALLISAW (KFSM) — A former pastor in Sequoyah County faces a lawsuit filed against him by the church where he was formerly employed. Jeffrey Allred, 42, h... 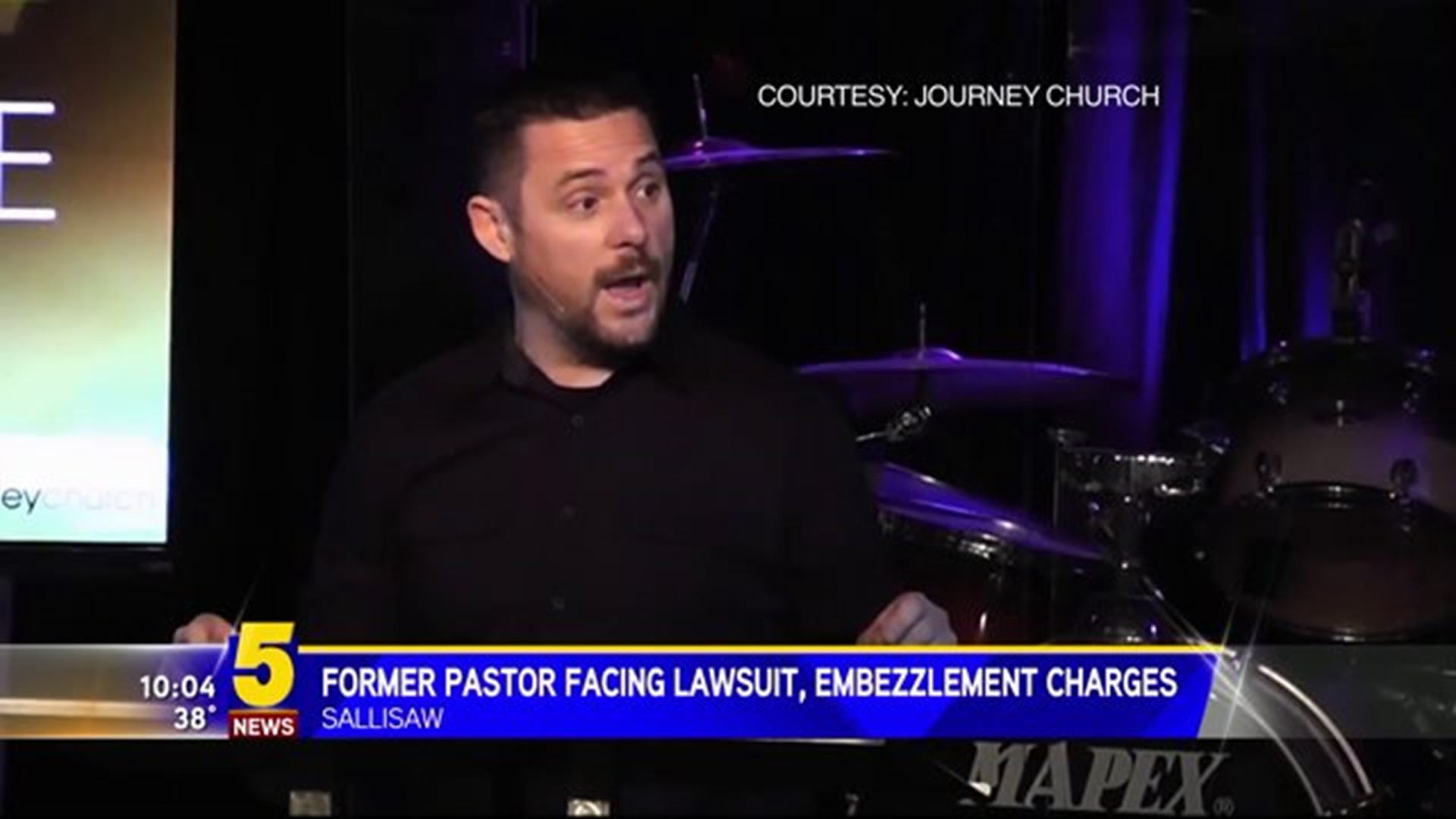 SALLISAW (KFSM) -- A former pastor in Sequoyah County faces a lawsuit filed against him by the church where he was formerly employed.

Jeffrey Allred, 42, has been charged with embezzlement after being accused of using The Journey Church's credit card for his personal use.

The Elder Board of The Journey, Inc. has filed a civil action lawsuit against Allred, seeking damages based on "deceit, false representation, nondisclosure and concealment, breach of fiduciary duty, conversion and all other related claims."

A felony disposition docket has been scheduled on February 24, 2016 at 9 a.m. for Allred's embezzlement charge.

The lawsuit states that Allred served as The Journey Church's pastor from 2005-2015. It also states that Allred was provided a credit card by the church in June 2009 to purchase church supplies and assist him in religious activities.

Allred instead used the credit card to purchase "a number of items, such as Lego building blocks, which he then sold on eBay," the lawsuit states.

It goes on to reveal that The Journey Church was set back no less than $50,000 as a direct result of Allred's spending.

A police report states that Allred was arrested on November 13, 2015 without incident by the Sallisaw Police Department.

In an incident narrative, police investigated Allred's purchases and discovered numerous fraudulent purchases. While he submitted receipts with the identical amount of money he had spent on items, Allred was actually buying other items.

In a letter dated August 14, 2015, Allred resigned from his position as pastor of The Journey Church, as well as his participation on the church's board. He wrote to the church community that he had "done wrong and been careless."

According to court records, Detective Lance Yoakum, the lead officer who investigated the case for the Sallisaw Police Department, has required Allred's financial records to be required in court; Allred and his wife, Stephani, have filed objections to the subpoena.

The Sallisaw Police Department and Law Offices of Craig L. Cook, the group representing The Journey Church, declined to comment on the lawsuit.

The Sallisaw Police Department said the FBI is also investigating the case. 5NEWS reached out to the FBI for comment, but a phone call has not yet been returned.

A phone call and voicemail to Allred were not returned, either.