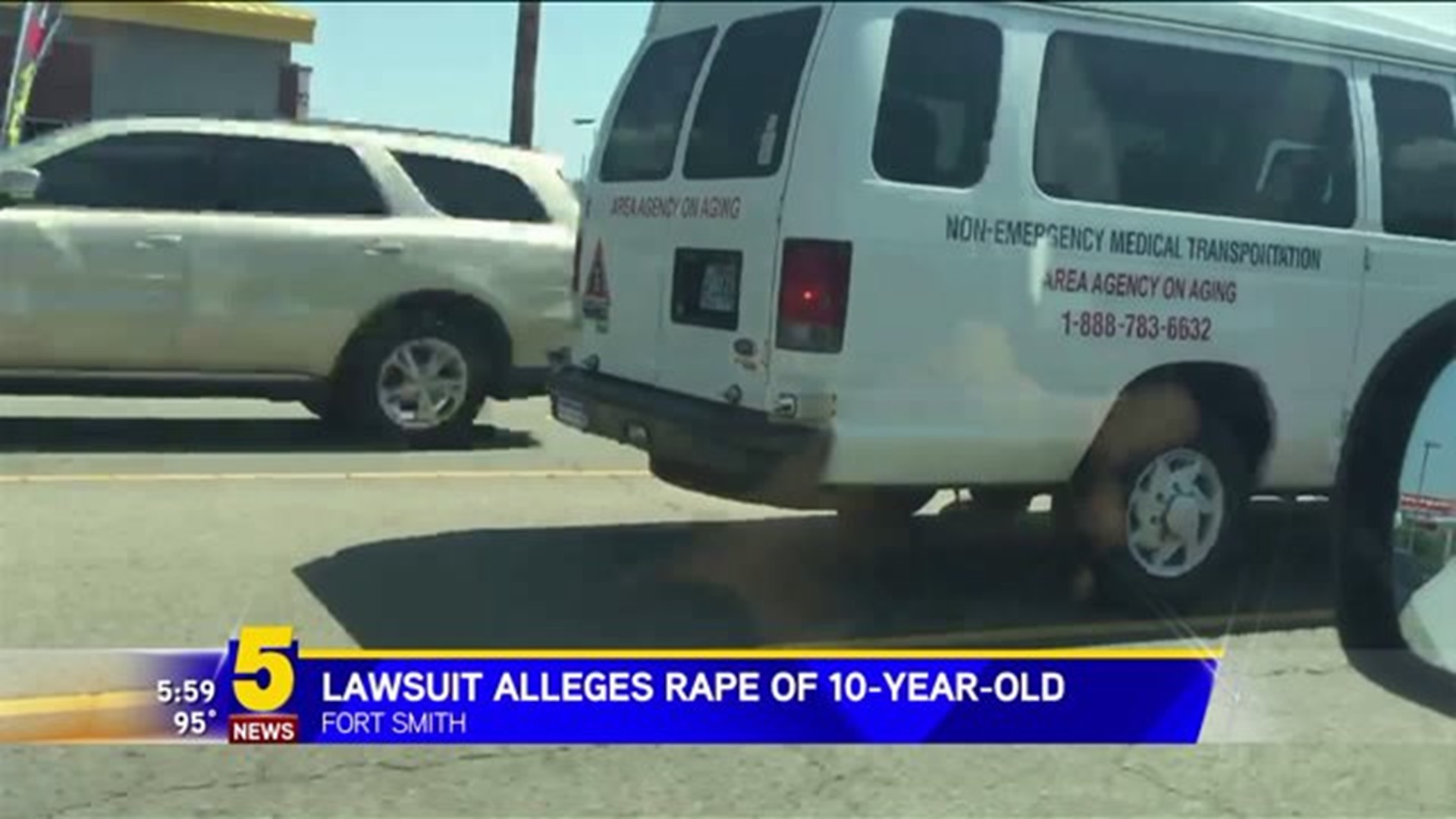 FORT SMITH (KFSM) -- Fort Smith lawyer Joey McCutchen filed a lawsuit in the Sebastian County Circuit Court against the Area Agency on Aging of Western Arkansas, Valley Behavioral Health System and a 14-year-old male claiming a 10-year-old was raped in a transportation van in the presence of the driver.

The 14-year-old's name is being withheld because he is a minor, but according to court officials and McCutchen he is being criminally investigated in connection to the allegations in the lawsuit.

The lawsuit alleges the 14-year-old raped and sodomized the 10-year-old victim while both were being transported in a bus owned by the Area Agency on Aging. The 14-year-old male was a patient of Valley Behavioral System at the time, according to the lawsuit.

"This is an extremely disturbing case. A 10-year-old, who can be heard screaming in pain, was raped in view of the bus driver, who took no action to prevent the rape or even report it to authorities. This could have been anyone's child or grandchild and should never be allowed to happen again," McCutchen said.

He also said the incident was recorded.

"We have video footage of this but if the company is not monitoring what is going on in the vans, people get hurt," McCutchen said. "And for the driver not to take action and to not stop it and then report it, to not only his company but the child abuse hotline, is wrong."

The documents allege another employee in addition to the driver knew about the rape allegations and never notified supervisors or the Arkansas Child Abuse Hotline. The lawsuit states the 14-year-old suspect is related to the driver. He said the driver has since resigned from is position.

The lawsuit is seeking damages upwards of $75,000 for the victim's medical treatment past and present.

It states the treatment facility had an obligation to tell the transport officials of the patients condition but did not. It also alleges the 14-year-old had masturbated on the bus in the presence of a young female prior to the current rape allegations. The grandfather of the child asked about the incident and as a deterrent the 14-year-old was placed in the back of the van, according to the documents.

The lawsuit also alleges the defendant, Valley Behavioral System did not treat and medicate the 14-year-old properly so that he did not pose a threat to others.

"We don't want this happening to any other vulnerable people in our society," McCutchen said.