SPRINGDALE (KFSM) — Arkansas lawmakers said a bill filed Wednesday (Jan. 18) in Little Rock would give parents more options as to where they send their ch... 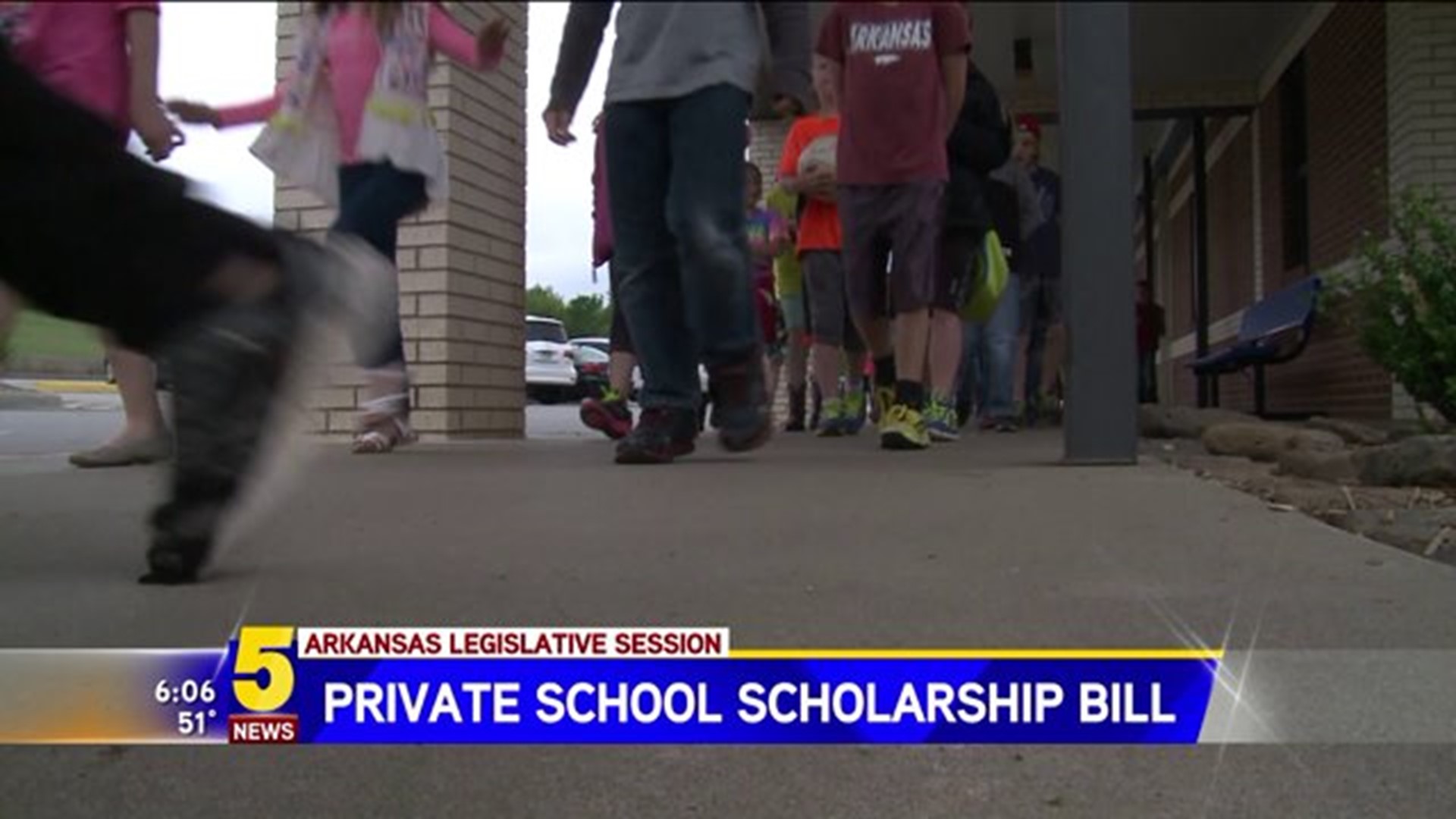 SPRINGDALE (KFSM) -- Arkansas lawmakers said a bill filed Wednesday (Jan. 18) in Little Rock would give parents more options as to where they send their children to school.

The bill would allow the state to put taxes toward private education on a student-by-student basis. The state spends at least $6,600 per student each year, but lawmakers said the average is closer to $10,000.

The money to fund private education would come from the same fund that is used to put money toward public and charter schools.

Trinity Junior High Principal Karen Hollenbeck said this will make it easier for parents looking for an alternative to public education.

“In our area we are very fortunate to have great public schools, but there are some reasons sometimes that parents want to choose a non-public option," she said. "So this helps those parents is by opening up doors that may not be available to them otherwise."

Students would qualify for the scholarships through a lottery system. The tax credit would then go to a nonprofit and then into an education savings account, which parents will be able to use for private school, tutors, textbooks and up to 10 percent of transportation expenses. Students on free and reduced lunch will be included in this lottery.

Springdale Schools Spokesman Rick Shaeffer said the district's enrollment continues to increase even with charter and private schools coming to the area, so right now it is hard for him to say how the bill would impact the district.

“We are a 70% free and reduced district, so the question would be how many of those students' families could consider that if they still had additional money to pay to go to a private school,” Schaeffer said.

Schaeffer said he believe taking students out of public schools and using tax credit to put them into private schools does chip away at funding for public education.

“We currently have 31 buildings in our district and so we've constructed those and we are still paying the debt on some of them, they are beautiful schools," he said. "So to take a hit in even 10 percent or even five percent would be a big hit for any of us."

Rep. Charlie Collins, R-Fayetteville, said this bill would foster more competition in public schools. If the bill passes, it’s expected to be implemented by this fall.