ROLAND (KFSM) — The owner of China Doll Massage, Qing Chang and another employee of the business are behind bars as authorities investigate reports of ill... 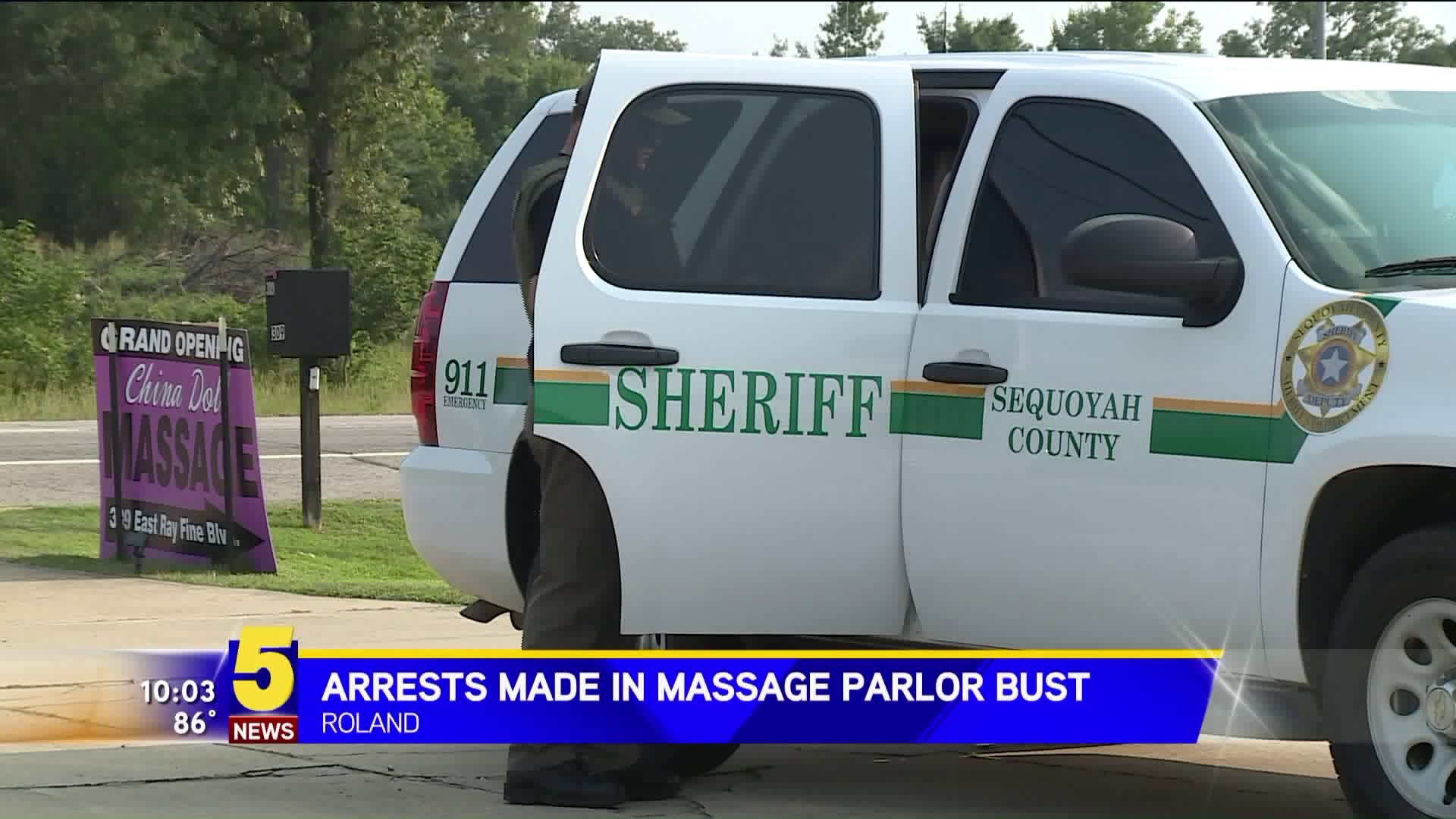 ROLAND (KFSM) -- The owner of China Doll Massage, Qing Chang and another employee of the business are behind bars as authorities investigate reports of illegal sexual activity and human trafficking following a sex sting at the massage parlor.

Sequoyah County undersheriff Greg Cox said the department sent an undercover officer into the business to determine if illegal sex acts were happening after receiving several reports. He said the officer gave a code word to let officers know an employee inside had tried to perform a sexual act on him.

"The investigators obtained probable cause for us to secure the business and obtain a search warrant," Sheriff Larry Lane, Sequoyah County Sheriff's Office said.

Sheriff Lane said Chang has been charged with furnishing clients for sex. He said there could be more charges for Chang and the other employee. Investigators suspect this may be a case of human trafficking.

"There could be underage females working in the place, people from other state coming in here to work and illegal acts also with the massages," Sheriff Lane said.

Chang's boyfriend, Jimmy Lee, said the two were in Muskogee when investigators called them and told them to come to Roland.

Neighboring businesses did not want to go on camera, but they told 5NEWS they have had issues with China Doll Massage. They also pointed out a post by the massage parlor on  backpage.com, a popular website known for human-trafficking and prostitution.

Sheriff Lane said deputies were aware of the post made on Wednesday morning (July 19).

The post offers massages by "beautiful Chinese girls" with provocative photos featured on the ad.

"A lot of times we do find human-trafficking or illegal sex acts offered on Backpage," Sheriff Lane said.

But Sheriff Lane said he doesn't see human-trafficking as a big problem in Oklahoma.

"We haven't dealt with it before here, but it's becoming more and more prevalent in this part of the country," Sheriff Lane said. "They'll normally bring them in for a short amount of time and then they'll ship them off to another country and use them there."

Deputies got a search warrant for the business and seized electronics and paperwork. They will  review everything with the help of the human-trafficking division of the Oklahoma Bureau of Narcotics.

U.S. Immigration and Customs Enforcement is also being brought in for the investigation.