FAYETTEVILLE (TB&P) — Construction is on schedule and on budget for the largest solar array on city-owned land in Arkansas, and the 10-megawatt syste... 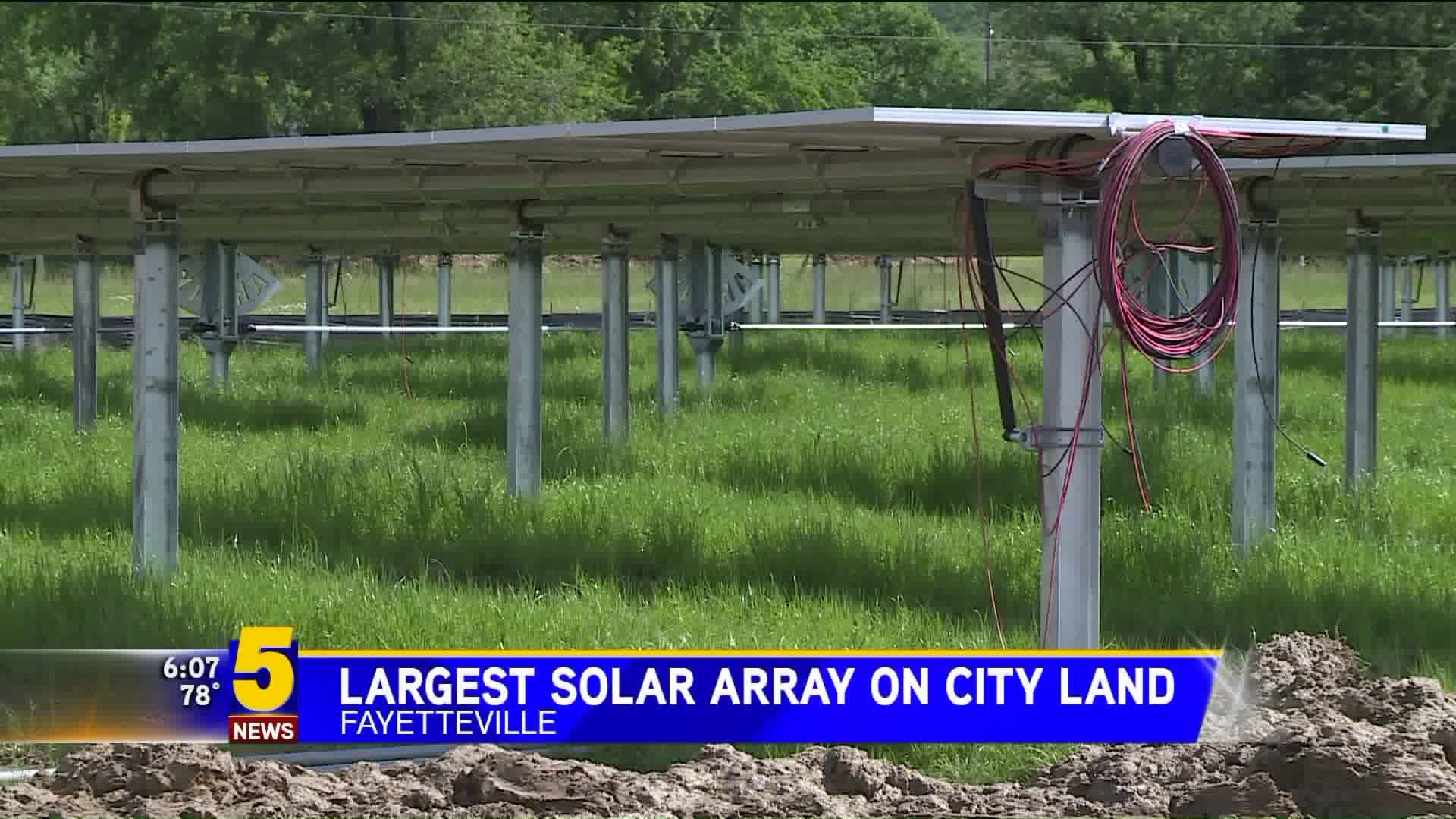 FAYETTEVILLE (TB&P) — Construction is on schedule and on budget for the largest solar array on city-owned land in Arkansas, and the 10-megawatt system is expected to begin operating July 1, said Matt Irving, vice president of operations for Today’s Power Inc. (TPI)

Work on the $23 million system started in March, and the city of Fayetteville hosted a media tour Tuesday (May 14) of the half of the system that’s near the Paul R. Noland Wastewater Treatment Facility in east Fayetteville. The other half of the system is under construction at the Westside Water Treatment Facility in west Fayetteville. The system will include 24 megawatt-hours of battery storage, and it will be the only one in the state with onsite utility-scale storage.

The two wastewater treatment plants consume more electricity than any other city facility, and the system is expected to produce about 103% of the total electricity consumption of the two plants. The battery storage will be available for when the system produces more or less electricity than the plants need and will be a source from which Ozarks Electric Cooperative to draw during peak use periods instead of purchasing electricity to meet demand.

More than 15,000 solar panels have been installed at the east Fayetteville site, and altogether, the two sites will have nearly 32,000 panels, Irving said. The panels can track the sun, which allows the system to produce 15% more electricity than stationary mounts. TPI will own 99% of the system, and the city will own 1%. TPI will own 100% of the battery storage.

To read more of this story visit our content partners Talk Business & Politics.