ROGERS (KFSM) — A large-scale $100 million ‘new urban’ project has been planned for one of the fastest developing areas in Northwest Arkansas.... 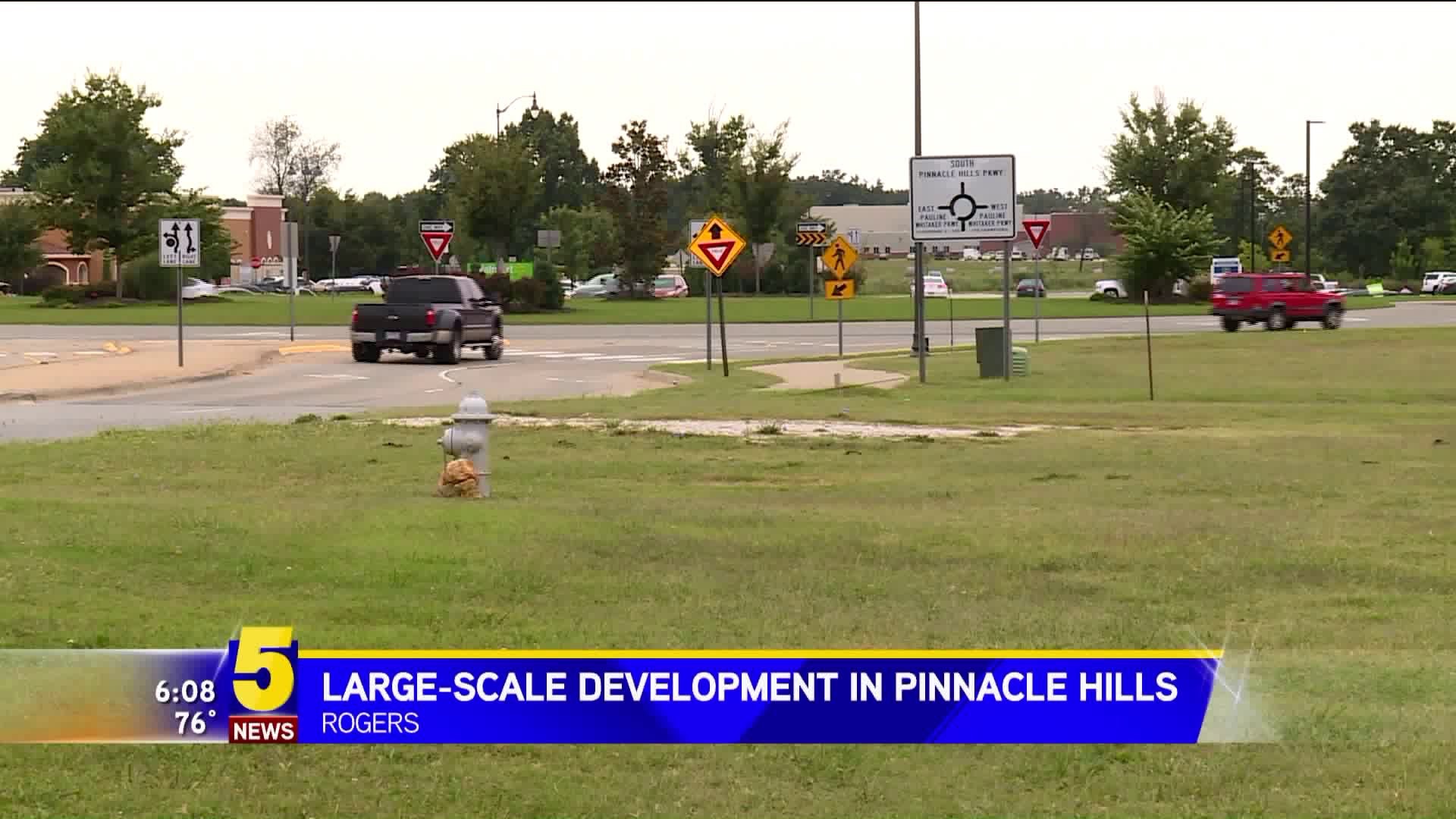 ROGERS (KFSM) -- A large-scale $100 million 'new urban' project has been planned for one of the fastest developing areas in Northwest Arkansas.

Nearly 16 acres of of land in Pinnacle Hills, just south of Hunt Tower, has been the planning site for what developers are calling a new urbanism approach, which combines commercial and residential development in a compact area.

Also known as the White Barn property, the last is nicknamed after an old white barn that once graced the property.

Johnelle Hunt, head of Hunt Ventures, owns the land that will be used for the project.

Many developers have come to her over the years with plan proposals for the plot of land, but none had satisfied her desire to create something the area could really use, while adding a sense of community.

That was until a developer out of Oklahoma City presented her with plans of the currently proposed project.

The Pinnacle Hills area is rapidly growing commercial area that some would like to see continue to grow and develop. This proposed urban community would follow through with that desire.

"People want to live, work and play where they are in a walkable area and walkability will be a major factor," said Steve Cox, vice president of economic development of the Rogers-Lowell Chamber of Commerce.