Kindergartner Walks Away From Fort Smith School; Parents Find Her A Mile Away 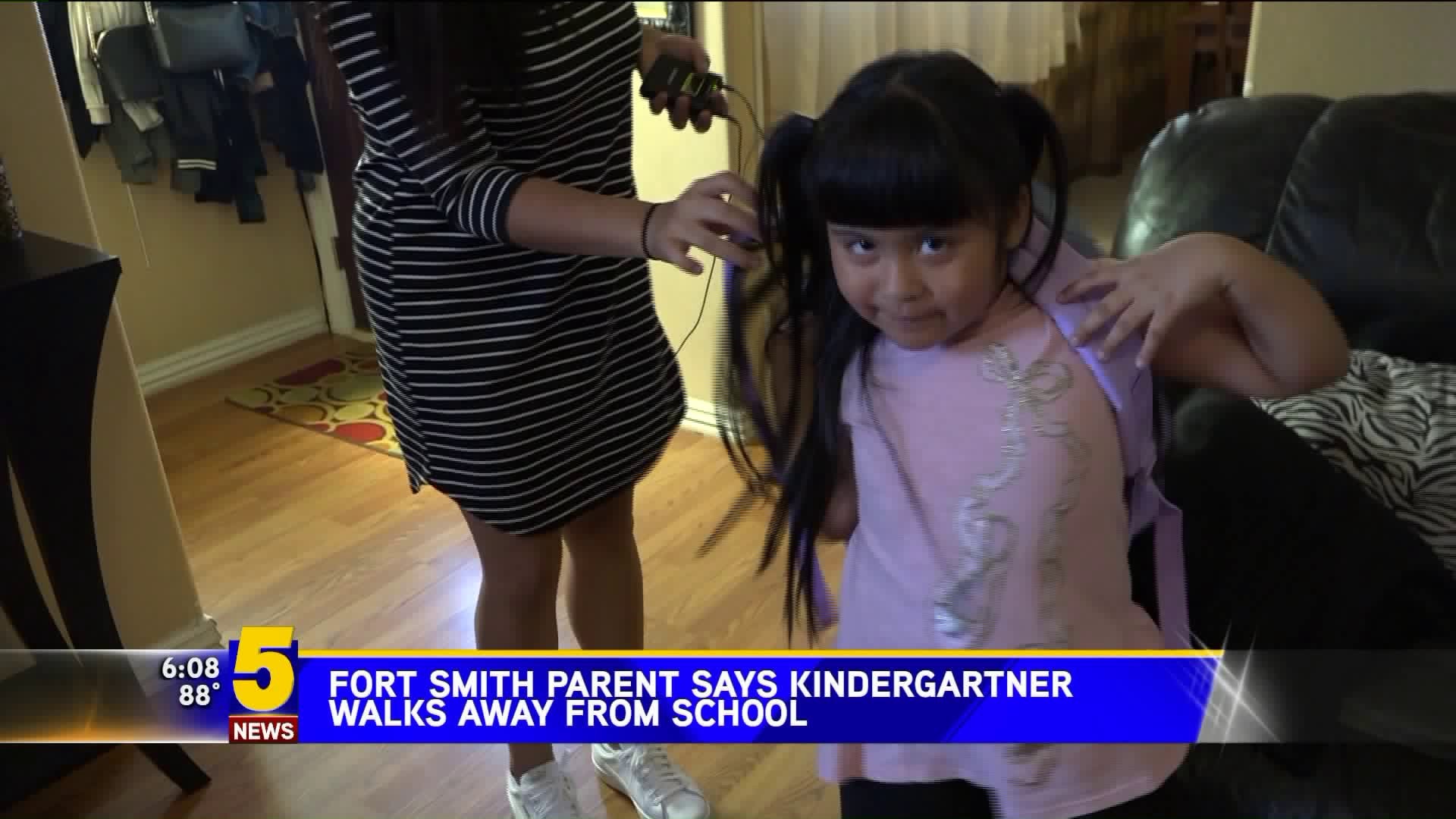 FORT SMITH -- On Tuesday (Aug. 22), Fort Smith mother Gabriela Chavarria said she arrived at Sutton Elementary on Kelley Highway to pick up her 6-year-old kindergartner, whose name is also Gabriella.

Chavarria said her daughter's name was called over the speaker and she never came to the pickup line. She said staff members were searching the school but the 6-year-old was nowhere to be found.

"I felt like my heart was going to come out of my chest. So scared not knowing where she was or what could have happened to her," Chavarria said.

Nearly an hour after school had let out, a family member called and said they found Gabriella: She was at her grandmother's home, about a mile from the school. The mother said her daughter walked there through busy school traffic.

"She's little and not even with me she has never walked with me to there from school," the mother said.

Chavarria said her 6-year-old walked away from the teacher, whose line she was in while waiting on pickup.

"These are little kids. They are confused, and I want them to pay attention to these kids," Chavarria said.

The mother said her child faced bumper-to-bumper traffic that sits next to a four-lane highway to get to her grandmother's home.

Chavarria said during the first two days of school, she picked up Gabriella in a vehicle. She said the car rider line was often backed up onto the four-lane highway, and she wanted to pick her child up safer and quicker. She decided to change the pickup to parking and walking up to the school to get her child.

She said she notified the school, and the next day she parked her car and walked up to get her child. She said the child was not in the line she requested, and the pickup took longer. She said after a couple days of the same thing, she decided to drive her car through the pickup line, since her child would likely be in that line anyway. That is the day the child was put into the walk-up line that she requested a few days back. It is also the day the child walked away from the staff member and walked to her grandmother's home.

Chavarria said before getting back into the car line on the day her child walked away, she had gone inside of the school and told them of the change in person.

The mother said she feels like the teachers have too much on their plate and need more help during the rush of pickup and drop-off.

"It's been really frustrating for everybody there. Confusing for the parents and the kids," Chavarria said.

Officials with the Fort Smith School District said a kindergartner walking away from a teacher and the campus is not something that should have happened. They are in the process of looking at their current policy and procedures. They also said they are looking into adding more staff and parent volunteers to the pickup lines.

School officials have also confirmed that they will soon switch to a numbering system for pickup. The child will be assigned a number, and that number will be called out for their pickup.