Animals were being groomed, and kids and teenagers were wiping their boots and shining belt-buckles Wednesday, the first day of the Benton County Fair. Particip... 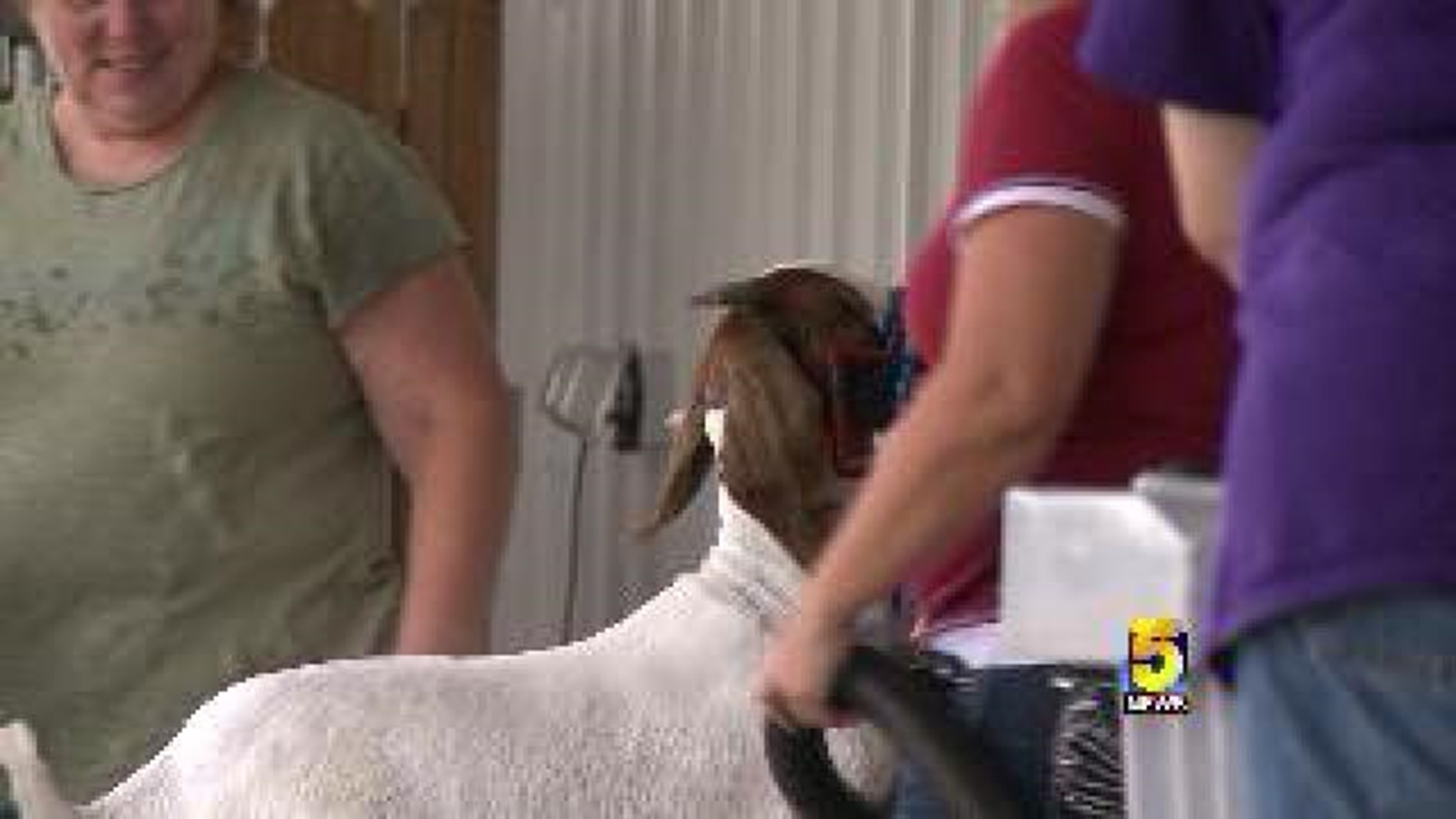 Animals were being groomed, and kids and teenagers were wiping their boots and shining belt-buckles Wednesday, the first day of the Benton County Fair.

Participants prepared one last time before entering the pen and facing the judge. All eyes were set on the blue ribbon.

Competitors in the Benton County Fair have been preparing their livestock for at least a year in advance. They fed, washed, trained and groomed them every day.

This is Brandon Swinney's third year to compete. He was showing off his heifer Patches.

This is the 109th year for the fair, which will end on Sunday (Aug. 18), which is also when the awards will be presented.

Competing in the fair can involve all members of the family. Many compete with siblings and some families have generations of experience.

Many of the people involved have been showing for many years.

Sammi Lambert has been showing animals for eight years and has taken home some prestigious rewards.

"It's very rewarding. You feel a great sense of accomplishment in your hard work. It pays off in the end," she said.

There is community among the competitors in the fair. They all know what it is like to wake up early to take care of their animals and how much work it takes.

"It teaches the kids responsibility," Tim Craig, the chairman of the fair, said. "You know, when they have their daily chores at home and taking care of that animal and stuff, it just teaches a lot of good kids in ethics and morals."

The heavy rain in the Benton County area made the fairgrounds quite muddy, according to Craig. The carnival rides did not operate on opening night, but are scheduled to be functional on Thursday (Aug. 15).

Admission is $5. Kids 6 and younger get in free.