BENTON COUNTY (KFSM) — The jury recommended a sentence of 13 years in prison for Brian Post after he was found guilty of rape during his trial on Thursday... 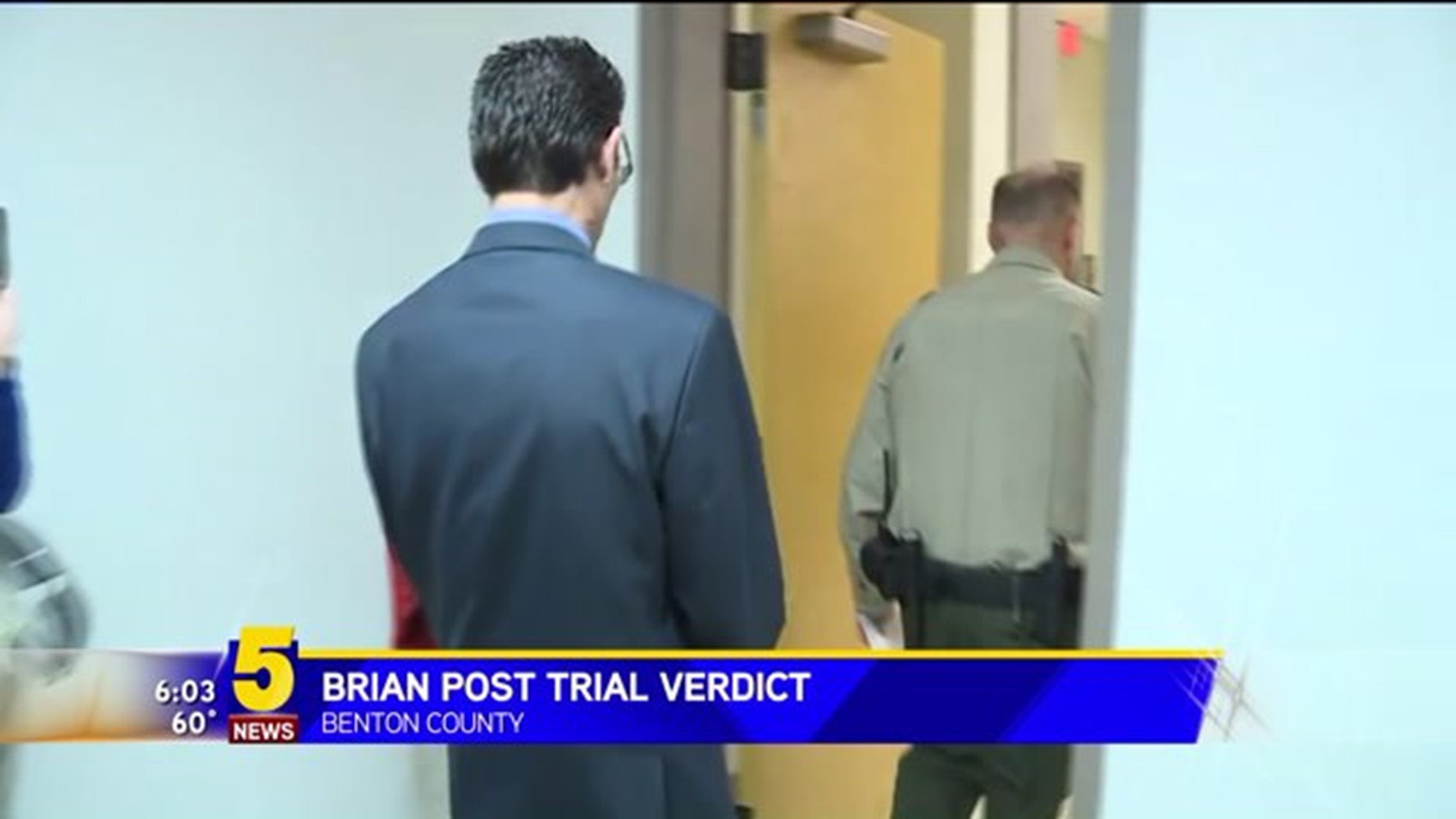 BENTON COUNTY (KFSM) -- The jury recommended a sentence of 13 years in prison for Brian Post after he was found guilty of rape during his trial on Thursday (March 2).

Post, 48, was accused of torturing, mutilating and sexually abusing a woman on May 18-19, 2015. He was arrested in July of 2016 and was tried on five counts of rape, attempted capital murder and first degree battery. Rape counts four through seven were for incidents prior to May 18.

The jury found Post not guilty on attempted capital murder and counts five through seven of rape, but guilty of one charge of rape. There is a hung jury for another charge of rape and first degree battery, so the state will retry him on those two counts starting on March 13.

Post must serve 70 percent of his 13-year sentence before he will be eligible for parole.

Post's trial started last week. The jury deliberated for 12 hours before reaching a verdict on Thursday.

Post testified in his own defense on Tuesday (Feb. 27) and told the jury where he was on the days the incident allegedly took place. Post said he spent the night of the 17th at the house he shared with the victim because she wanted to talk about getting back together.  He said he was about to leave for work on the 18th, when the victim came in his room complaining of a head and backache and that is when he left. He said that is the last time he saw her until in the courtroom last week.

During the sentencing testimony, Post's wife told the jury that he has been a great husband and step-father to her children. She said her kids are at a loss without Post, whom she has been married to for a little more than a year.

On May 19, 2015, police found the victim partially unclothed on a bed, lying in a pool of her own blood, according to the probable cause affidavit. The document states she was unconscious and the back of one of her legs appeared to be cut from her waist to her knee, down to the bone.

The victim, who was acquainted with Post before the attack, was found by her mother, after she grew suspicious when her daughter didn't return several of her phone calls. The woman checked her daughter's home on May 19, 2015, which is when she found her.

Police met with the victim on July 20, 2016. She told investigators she had previously not disclosed information about the attack because she was afraid Post would retaliate against her by hurting her dogs or close friends and family, the document states. She said Post had regularly threatened her and her dogs, which she considered her "babies," during the course of their relationship.

When the victim was found, she was airlifted to a hospital and since then has had to have numerous reconstructive surgeries and skin grafts.